The death toll from Monday's magnitude 5.6 earthquake on Java Island in Indonesia rose to 310, with 24 still unaccounted for on Friday, according to the country's disaster management agency.

More than 20,000 houses were damaged, and over 160,000 people were displaced after the quake struck Sukabumi Regency, West Java Province, the agency said. 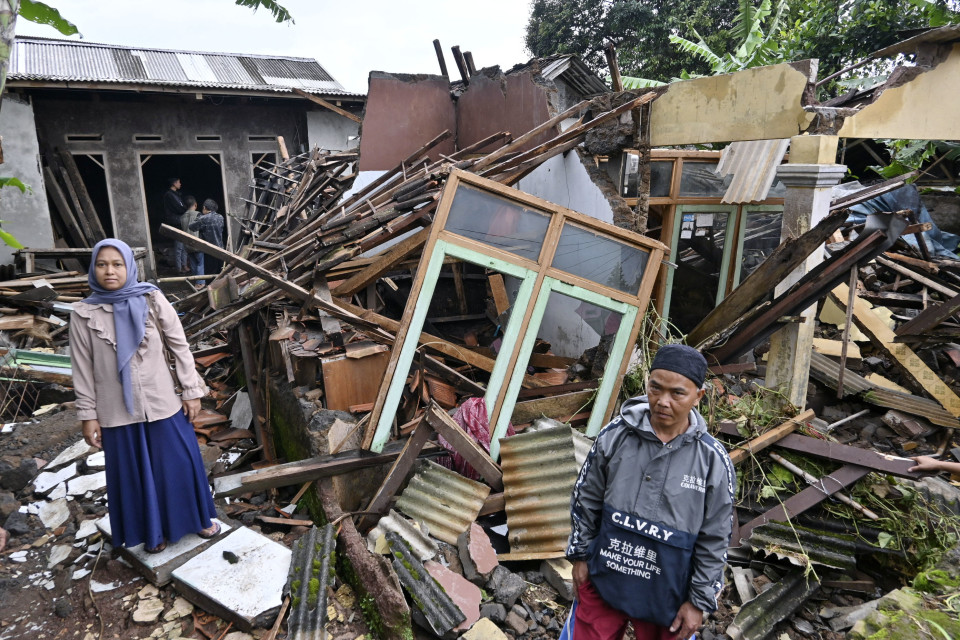 The quake, which also affected neighboring Cianjur Regency and was felt in the capital Jakarta about 100 kilometers north of Sukabumi, has left at least 1,083 others injured, the agency said. The regencies hit by the quake are home to around 5.2 million people.

The National Search and Rescue Agency said six kindergarten teachers were among those found dead Friday. A car they were traveling in was found under mud from landslides that blocked the main road connecting Jakarta and West Java Province, according to media reports.

Indonesia, with a population of over 270 million, is one of the most active seismic regions in the world, sitting on the Pacific Ring of Fire, where many earthquakes and volcanic eruptions occur.

Indonesia quake death toll rises to over 250, 151 others missing