Negotiators at U.N. talks agreed Sunday to set up a fund to compensate poorer countries affected by climate disasters, finally heeding their demands for help in bearing the cost of damage caused by climate change.

"History was made today...as parties agreed to the establishment of a long-awaited loss and damage fund for assisting developing countries that are particularly vulnerable to the adverse effects of climate change," the presidency of the 27th session of a U.N. climate conference being held in Egypt tweeted. 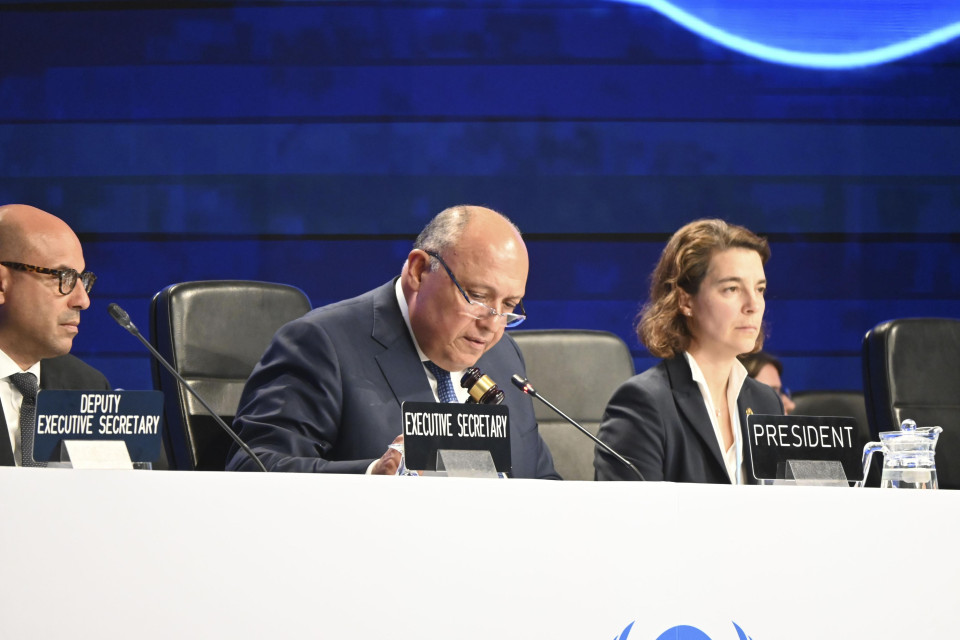 Egypt COP27 president Sameh Shoukry (C) adopts a resolution to set up a fund to compensate poorer countries affected by climate disasters, at the summit venue in Sharm el-Sheikh, Egypt, on Nov. 20, 2022. (Kyodo)

Developing countries have long been calling for a "loss and damage" fund, with island countries, the most vulnerable to sea level rises caused by climate change, having proposed the idea around 30 years ago.

"Loss and damage" refers to climate change impacts felt when people can no longer adapt to climate change or have reached the limits in adapting. Poor countries also argue that they have done the least to cause the climate disasters they face.

The agreement at the latest session of the Conference of the Parties to the United Nations Framework Convention on Climate Change, known as COP27, is a compromise between developed and developing nations.

Developed nations had long been cautious about shouldering the cost of compensating for damage, with projections showing that by 2050, the economic cost of loss and damage in developing countries could reach $1 trillion annually.