The Japanese public rejoiced Thursday after Japan claimed a dramatic comeback win over Germany at the soccer World Cup in Qatar, with crowds taking to the streets and hitting up bars in celebration across major cities, a sight unseen since the novel coronavirus pandemic.

Young people dressed in Samurai Blue uniforms exchanged high-fives on a major crossing in Tokyo's Shibuya entertainment district around midnight, while bars were flooded with fans in a celebratory mood following the 2-1 victory in the tournament's Group E opener.

"The World Cup is undoubtedly special. I want Japan to enter the last eight," said Mamoru Tanaka, 68. His sports bar Fields near Shibuya Station was crammed with more than 100 people. 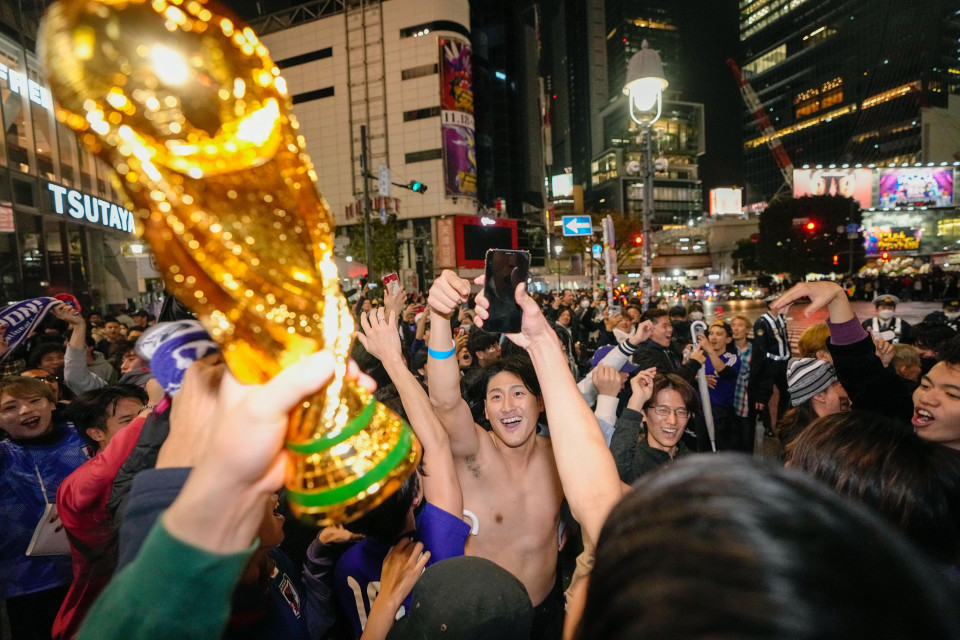 Players on the Japan team, including substitutes Ritsu Doan and Takuma Asano, were praised by fans and acquaintances after the two netted second-half goals to secure the country's comeback win.

"I thought we would lose but Doan changed the course," said Akira Hoshina, an 80-year-old in Amagasaki, Hyogo Prefecture who said he used to be a neighbor to Doan and knows the athlete from when he was young.

"(Doan) is the pride of the local people," he added.

In Hiroshima, where Asano used to play, Kenji Kawahara, 49, who watched the match at a movie theater, said, "I was able to witness a historical moment. I want them to win all three qualifiers."

Ryo Matsushima, 31, a friend of Japan team captain Maya Yoshida, said the team was "able to secure a win because the players did not give up."

"It was a wonderful victory. People throughout Japan must have become excited," Prime Minister Fumio Kishida told reporters at his office, saying he watched the match at home himself.

In Doha, Shinya Yoshida, a supporter from Japan's Yamagata Prefecture who watched the match in person, said he celebrated the victory with a coke he bought at a stand, as sales of alcoholic beverages are banned around the stadium.

"It was lukewarm, but it was still the best coke I've ever had," the 37-year-old said.

Following the match, police officers in Shibuya urged crowds in the area to act sensibly to avoid accidents, although many people could be seen dashing across the major crossing when the lights turned green and shouting, "Japan." 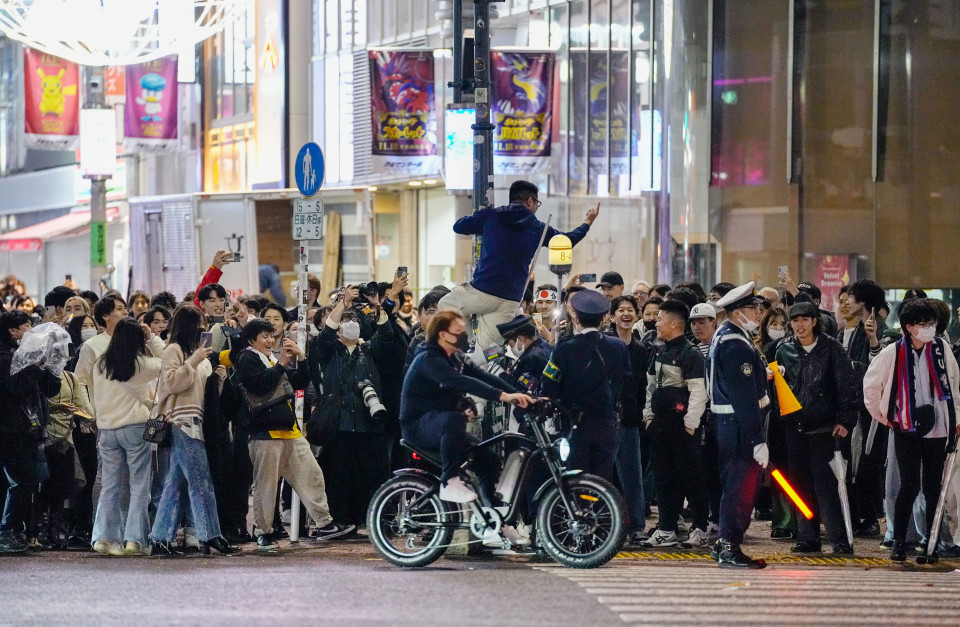 "Students had been forced to refrain from gathering during the pandemic but it is fun to watch sports together. I think this is part of Shibuya's culture," said Tsubasa Hino, 23, who had been watching the match at a sports bar.

Others were less welcoming of the celebration, including Tomoyo Soma, a 57-year-old local resident, who saw garbage scattered across the streets after the crowd left.

"It's okay to get excited but I want people to stick to rules," she said.