Having made the best possible start to their World Cup campaign by stunning Germany 2-1, Japan undid much of the good work by losing 1-0 to Group E underdogs Costa Rica on Sunday. Here are five things we learned from the defeat that leaves the Samurai Blue with an uncertain path to the knockout stage in Qatar.

Critics back out for Moriyasu

Manager Hajime Moriyasu quieted many of his critics by masterminding Japan's emphatic win over Germany, but it turned out to be only a temporary reprieve following a dispiriting display against a Costa Rican side that leaked seven goals against Spain and showed barely any attacking intent Sunday at Ahmad Bin Ali Stadium in Al Rayyan.

Featuring five changes from the Germany clash, Moriyasu's starting lineup produced a first half devoid of highlights, and although his second-half substitutions added impetus, the Samurai Blue remained blunt in attack. 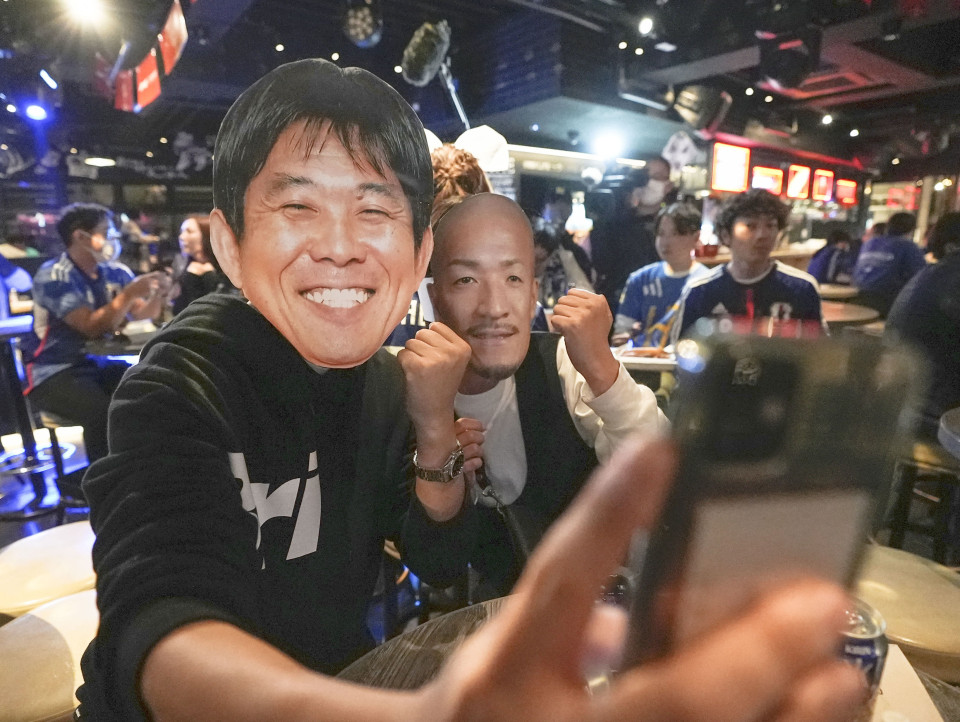 A Japan supporter (L) wearing a Hajime Moriyasu mask takes a selfie at an eatery in Fukuoka, southwestern Japan, on Nov. 27, 2022, while waiting for Japan's World Cup match against Costa Rica to start. (Kyodo)

No. 9 remains a question mark

Handed his World Cup debut as a lone striker, Ayase Ueda could not impact the game and was promptly replaced by Takuma Asano at halftime. With veteran striker Yuya Osako left at home, whether Japan could field a serviceable No. 9 was one of the big questions for the tournament, but the 24-year-old Ueda could not provide an affirmative answer when given a chance. 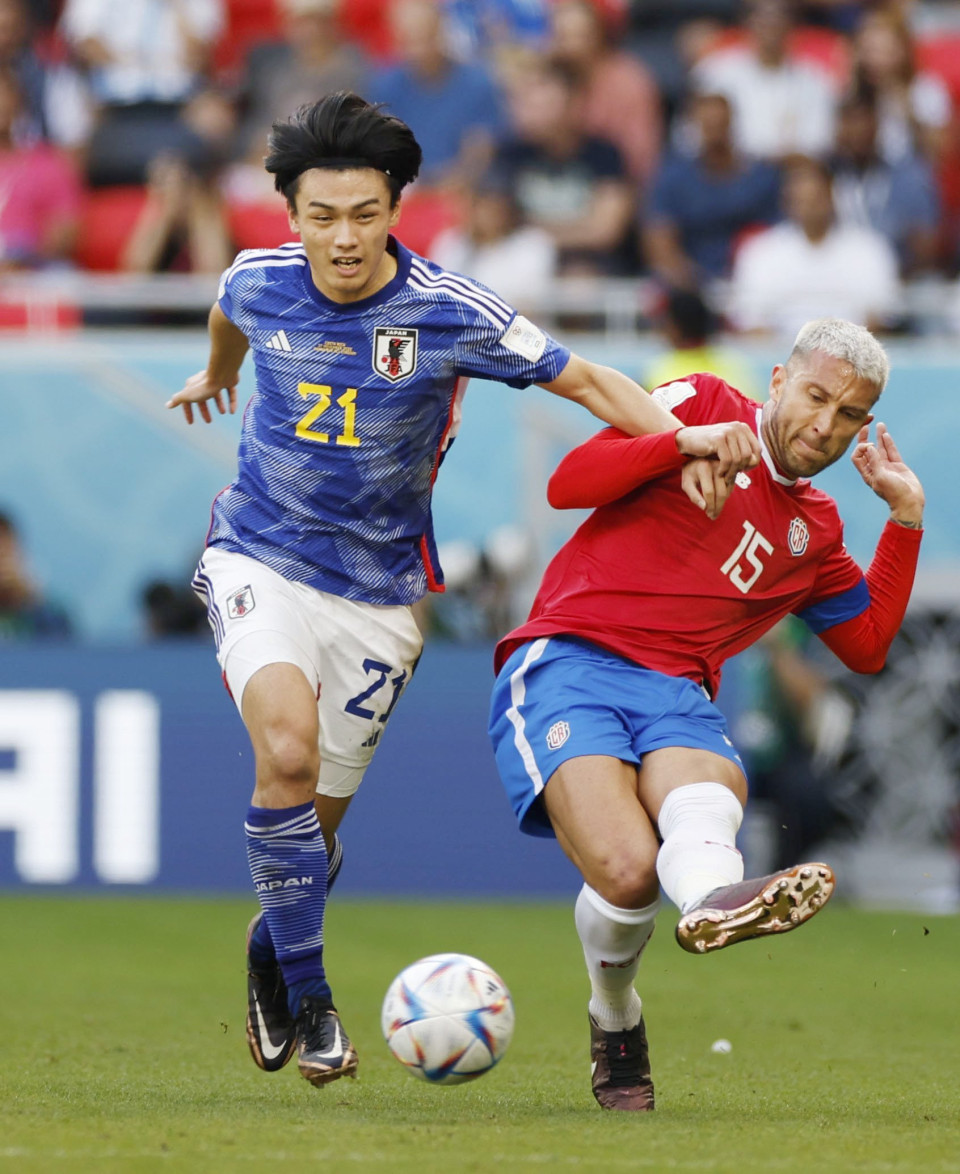 From Shunsuke Nakamura, to Yasuhito Endo and Keisuke Honda, Japan went to previous World Cups with dead-ball specialists that struck fear into opposing defenses. For all its positives, the current squad does not appear to have a successor to that lineage and the Samurai Blue have looked decidedly unthreatening from corners and free kicks so far in Qatar.

Yuki Soma and Daichi Kamada both let the Costa Rican defense off the hook after Japan were awarded free kicks in dangerous positions near the box. 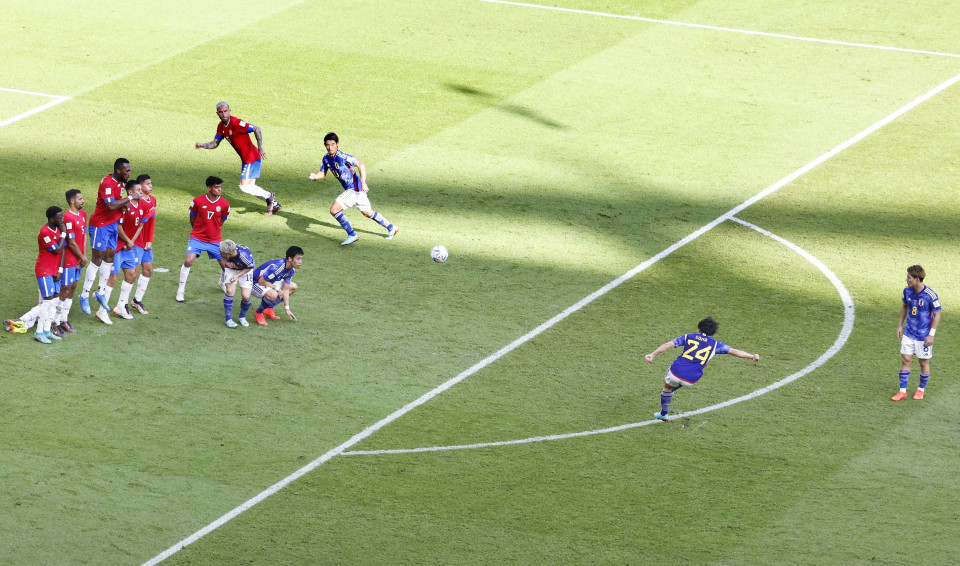 While Japan had to defend desperately for much of their opening game as underdogs against Germany, Moriyasu's men displayed a clear sense of purpose especially in the second half.

In contrast, they looked listless and showed no appetite to carry the favorite tag against Costa Rica, whose squad has only a fraction of the club pedigree boasted by Japan. 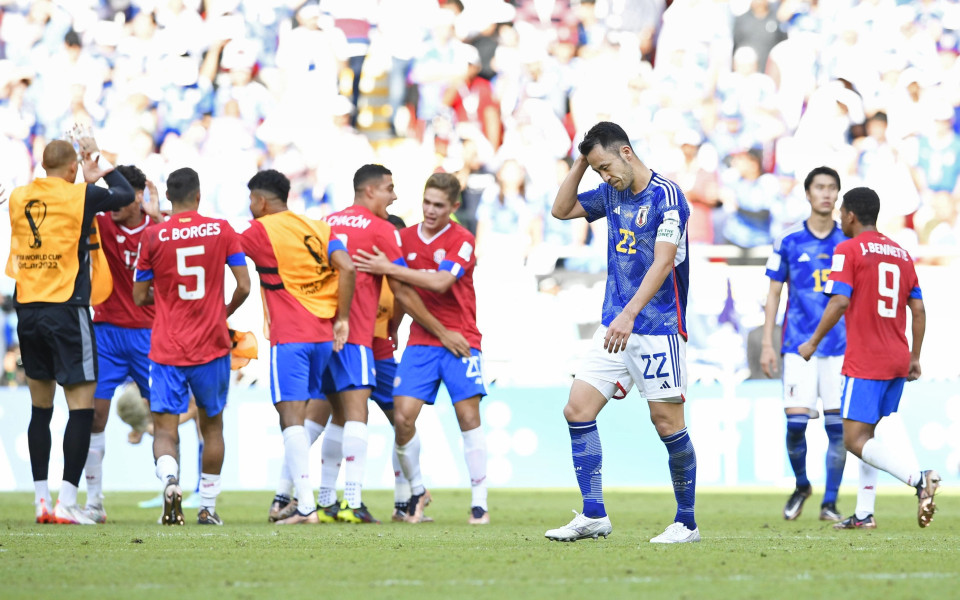 The second game of the World Cup group stage remains a tricky fixture for Japan, who have now lost three and drawn three of their past attempts.

Their only second-game victory in seven tournaments came on home soil in 2002, when Junichi Inamoto's goal clinched the Samurai Blue's first-ever World Cup win, a 1-0 result against Russia. 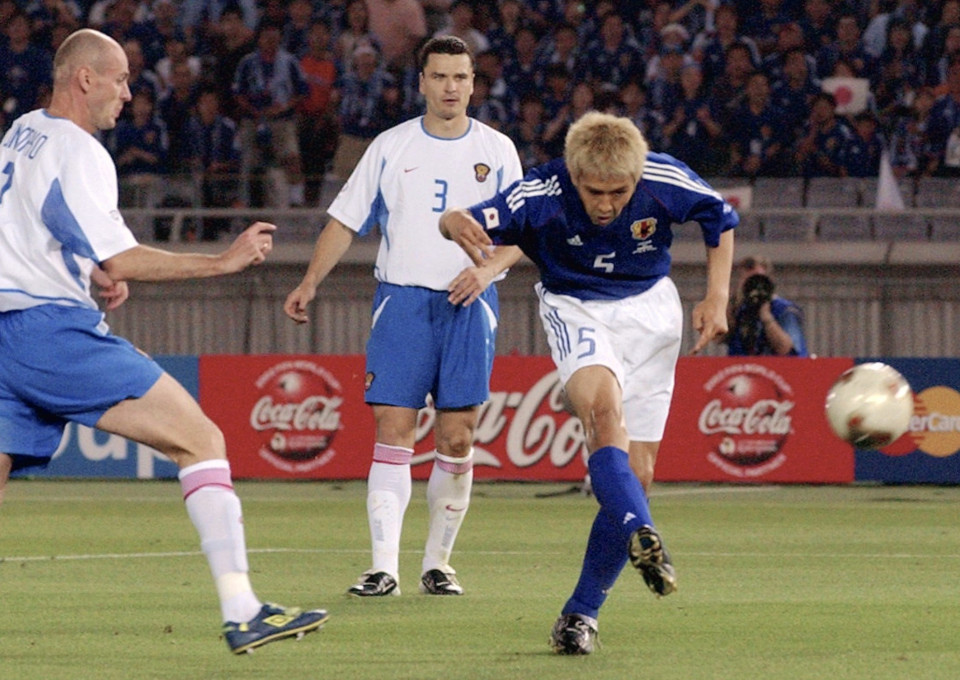 Japan's Junichi Inamoto scores the winning goal in the 51st minute of a Group H match at the 2002 World Cup against Russia in Yokohama. (Kyodo)