North Korea, which has been test-firing missiles at an unprecedented pace this year, launched three ballistic missiles, including an apparent ICBM believed to be a Hwasong-17, in the early morning, followed by three more at night. The five others were short-range ballistic missiles. 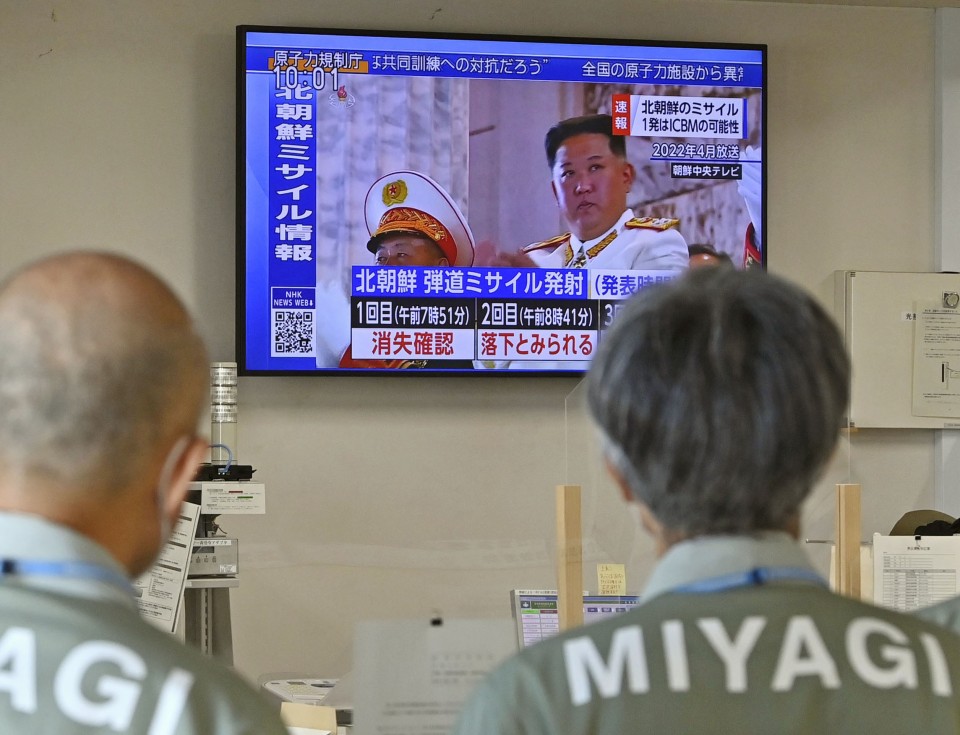 All missiles fell into the Sea of Japan. The launch of the ICBM apparently failed, South Korea's Yonhap News Agency said, citing a defense source.

Japanese Foreign Minister Yoshimasa Hayashi and U.S. Secretary of State Antony Blinken, in Germany for the Group of Seven foreign ministerial meeting, met Thursday and strongly condemned the series of ballistic missile launches by North Korea, calling it an incontestable and serious challenge to the international community.

North Korea's missile launches Thursday followed its test-firing of more than 20 missiles the previous day, amid growing concern that the country may conduct its seventh nuclear test and first since September 2017 in the run-up to the U.S. midterm elections on Tuesday.

Lee said through an interpreter that he and Austin affirmed that any nuclear attack by North Korea, including the use of tactical nuclear weapons, would result in the "end of the Kim Jong Un regime by the overwhelming and decisive response of the alliance."