North Korea again reported on leader Kim Jong Un's daughter on Sunday, describing her as "most beloved" and "precious," with new photos released of her accompanying him at a session with contributors to the successful launch of an intercontinental ballistic missile.

In the undated pictures unveiled by the country's state media, the young girl in a black coat waved to and shook hands with participants of the photo session with those involved in the Nov. 18 test-firing of a new type of "Hwasong-17" ICBM. 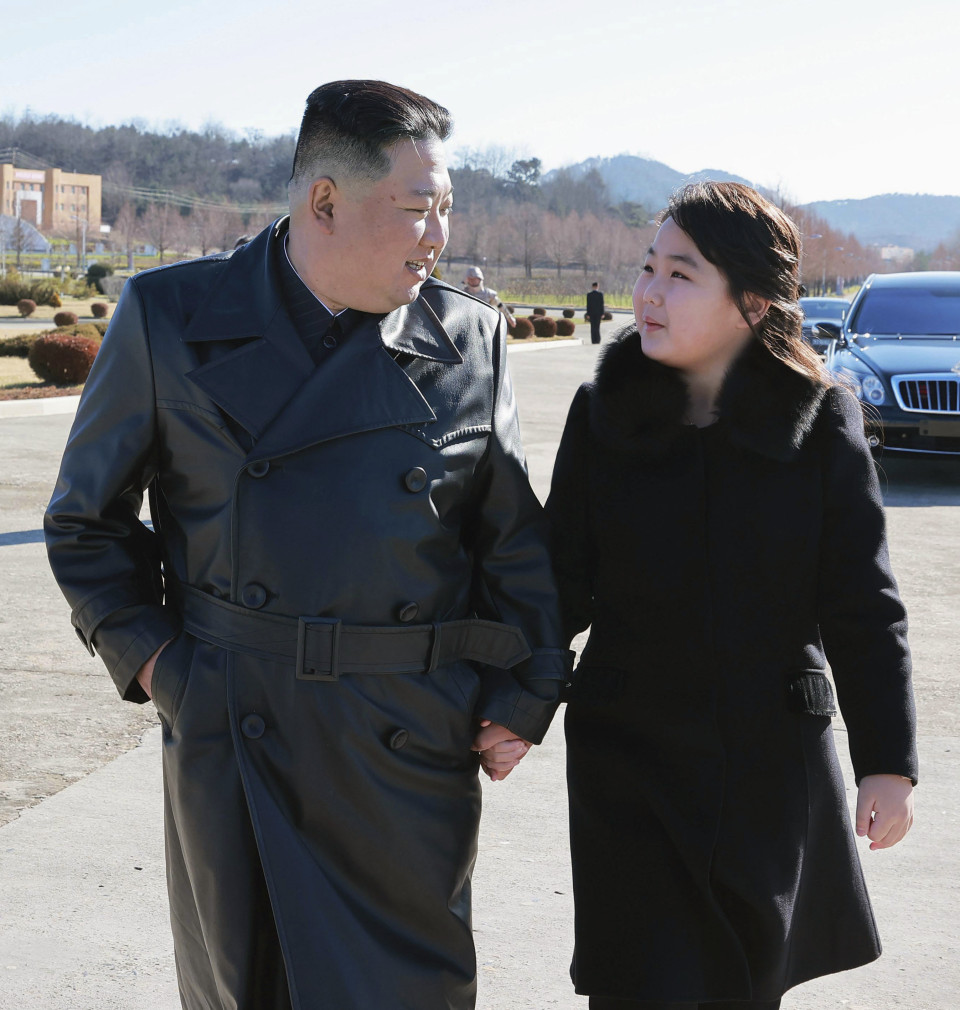 The girl was reported as a daughter of Kim for the first time on Nov. 19, fueling speculation on whether she is a potential successor to her father. North Korea has not referred to Kim's younger sister Kim Yo Jong or wife Ri Sol Ju using such descriptions, and that of the daughter Sunday is believed to be exceptional.

The South Korean government believes the daughter is Kim's second child Kim Ju Ae. The North Korean leader is believed to have three children -- a son who was born in 2010, Kim Ju Ae born in 2013 and a third born in 2017 -- according to South Korean media.

In hereditarily ruled North Korea, successors have been made public through state media, with Kim's father and predecessor Kim Jong Il first publicly introduced in his late 30s. Kim Jong Un himself made his debut when he was in his 20s.