Celtic forward Kyogo Furuhashi and midfielder Reo Hatate notably missed out on selection for the Samurai Blue, who will take on Germany in their Group E opener on Nov. 23 before facing Costa Rica on the 27th and Spain on Dec. 1.

"I've made the best, comprehensive selection possible, placing importance on our activities thus far, the situations the players are facing (at their clubs) and with how we plan to play at the World Cup in mind," Moriyasu said. 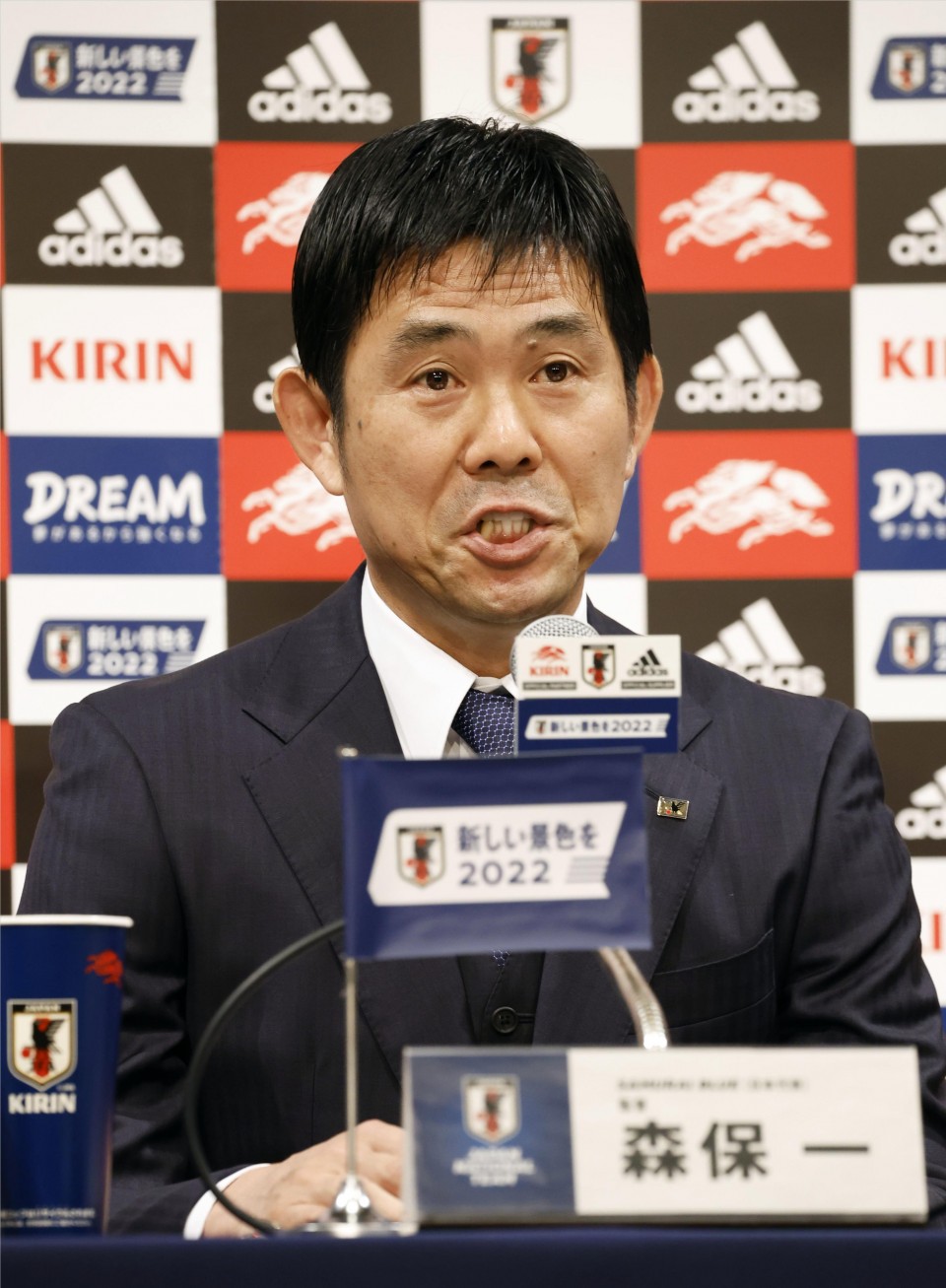 Hajime Moriyasu, manager of the Japanese men's national soccer team, announces his squad for the World Cup in Qatar at a hotel in Tokyo on Nov. 1, 2022. (Kyodo)

"There really are lots of players in all positions that could have been picked. It was extremely difficult."

Japan have reached the knockout stage of the tournament three times, the most of any Asian nation, and Moriyasu reiterated Japan's ambition is "reaching the last eight" for the first time in their seventh straight appearance.

Captain Maya Yoshida and Hiroki Sakai will play their third straight World Cups at the back. Experienced defender Yuto Nagatomo, 36, will travel to his fourth straight finals along with 39-year-old goalkeeper Eiji Kawashima.

Moriyasu kept faith in defender Ko Itakura and forward Takuma Asano, who have both been out since mid-September due to knee ligament injuries, but are expected to recover in time for the World Cup. 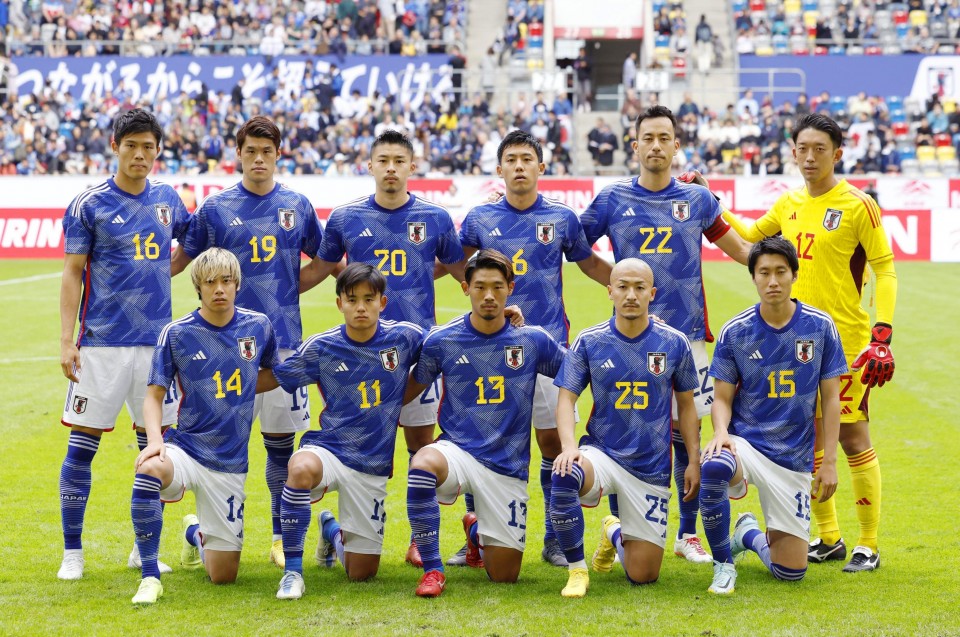 With Kubo, Morita and Ao Tanaka also picking up knocks in the past week, Moriyasu said he could be forced into making late changes, especially with games in European leagues taking place until a week before the Nov. 20 World Cup opening.

"We never know what might happen. Players (not picked) have equivalent abilities and I hope they retain their will to fight for Japan," he said.

Moriyasu's side will play a warm-up game against Canada on Nov. 17 in Dubai in the United Arab Emirates.