An operator of regional nursing facilities in Japan is offering a service that takes a uniquely robust approach to caregiving by using a muscle-bound group of staff to convey a sense of security and confidence to disabled and elderly residents.

The company, which runs nursing homes in the Tokai region of central Japan, has set up an in-house "bodybuilder team" and actively recruits athletically-inclined men and women to bring a younger demographic to an industry hard hit by labor shortages. 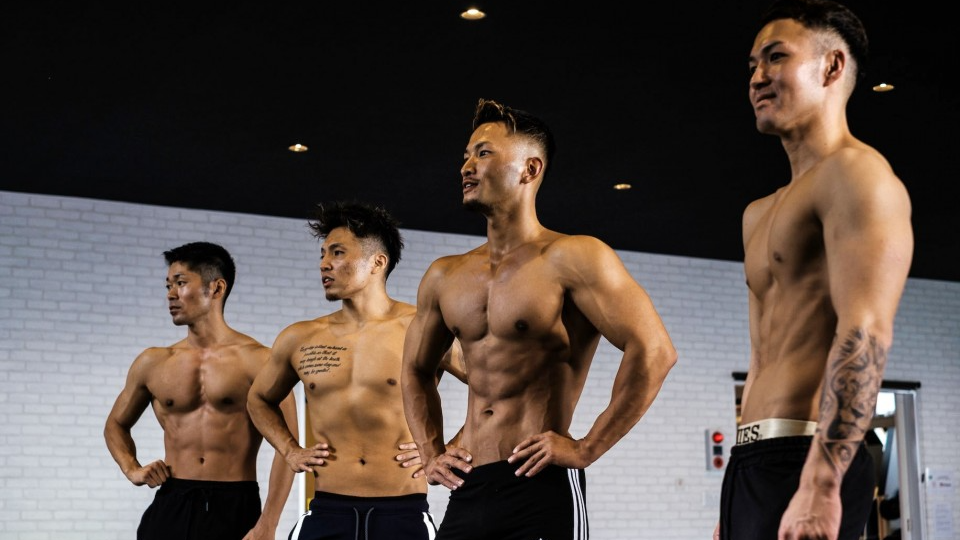 Photo shows fitness enthusiasts who work for Visionary, an operator of nursing-care facilities in the Tokai region of central Japan. (Courtesy of  Visionary) (Kyodo)

"I'd like to change the image of the nursing industry by helping employees improve their appearance," said Yusuke Niwa, 37, president of the Nagoya-based Visionary.

Niwa says the unique approach is being welcomed by those receiving nursing care. Visionary, which operates some 20 facilities in Aichi, Gifu and Mie prefectures, established an all-male corporate fitness team in 2018.

Although there are currently no women on the team, the company does have fitness-fanatic female carers on staff, it said.

Employees who belong to the team are allotted two hours in their eight-hour shifts for training, which is recognized as work.

The company bears the costs of gym fees, protein supplements and participation in bodybuilding competitions. The company also pays gym fees for employees not on the fitness team.

Visionary offers "the best environment for training," said Ryoya Niwa, 27, who works at a home for people with disabilities and is one of the six fitness team members. Ryoya, who is not related to his namesake company president, said, while training instructors often rank highly in competitions, "I want to prove that carers can also win." 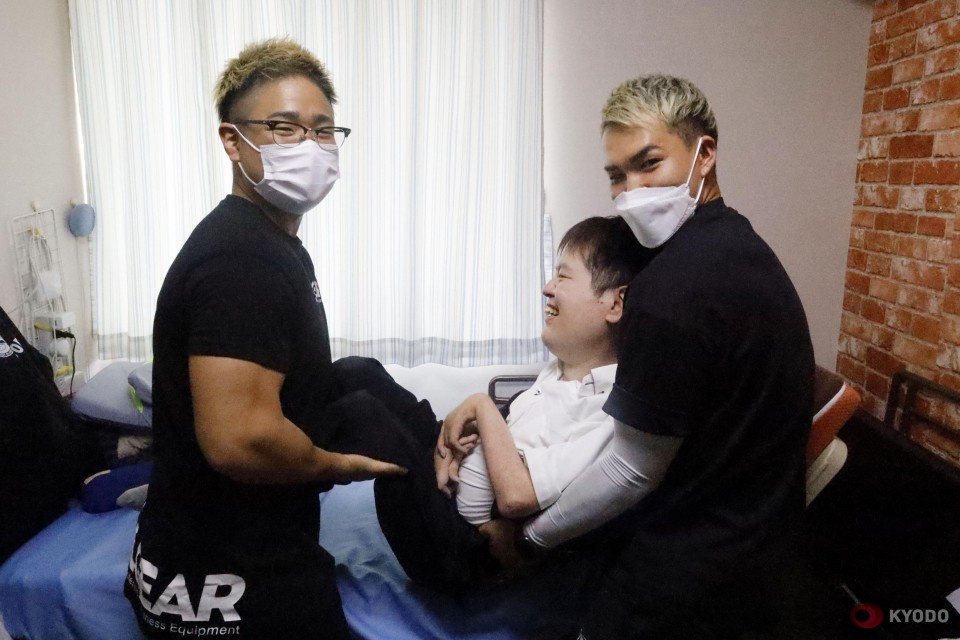 Ryoya used to work in the construction industry but moved when a job that suited his lifestyle became available.

"Gym fees and competitions are expensive," he said, adding that people at his previous job were sometimes "taken aback" when he would eat "six times a day" while training.

He changed jobs in 2018 after learning that Visionary planned to create a corporate fitness team, which would allow him to achieve an excellent work-training balance. Now, he can eat as much as he wants on the job without anyone batting an eye.

The company president is a former hairstylist who decided to try working as a carer after being praised by an elderly person whose hair he cut doing volunteer work at a nursing home. But when he looked into the situation, he found that nursing facilities were "not keeping up with the times."

The industry badly needed an image change as young people thought of the jobs as drab and unattractive, so he founded the company in 2008, believing he could "bring about innovation."

To do so, he needed something eye-catching, like a team but in an individual activity like fitness, which was relatively inexpensive and easy to incorporate.

"I thought young people would choose a company where employees look good. For me, that image was one of physical strength," said Niwa, who regularly trained at his local gym at the time.

Most of the six team members had no prior caring experience but Niwa believes the job is perfect for fitness enthusiasts because there can be a lot of heavy lifting, hard, physical work, and "diligent repetition doing the same things over and over."

As he had hoped, Visionary has become a topic of conversation on social media due to its muscular carers. Last year, the company sought 30 recruits but received applications from 300 hopefuls.

Shunsuke Ogata, 23, who lives in a group home for people with disabilities and can hardly move from the neck down due to spinal muscular atrophy, is often lifted by the caretakers when they move him around. "I feel absolutely safe because my head is held tightly against their burly pecs," Ogata said with a smile.

Many of the employees at Visionary came from distant places such as Fukuoka and Okinawa prefectures and were attracted by the company's initiatives. "We hope to expand nationwide so that more people can work for us," Niwa said.