Japan's talents were unleashed during their historic World Cup win over Germany on Wednesday, with the Samurai Blue passing the ultimate test after having their backs to the wall against one of the tournament favorites.

A first-half barrage from the four-time champions left Japan chasing shadows. Fans back home may have feared a heavy defeat before an incredible turn of events in which the team, and moreover their manager, cast aside old habits that sometimes yielded unwanted results.

Hajime Moriyasu, whose side had almost never come from behind during his four-year-plus tenure, did exactly that to record probably the most monumental win in the country's footballing history.

"We respected (Germany) too much in the first half, we were timid. It personally was my worst performance this season, too," said Eintracht Frankfurt playmaker Daichi Kamada. 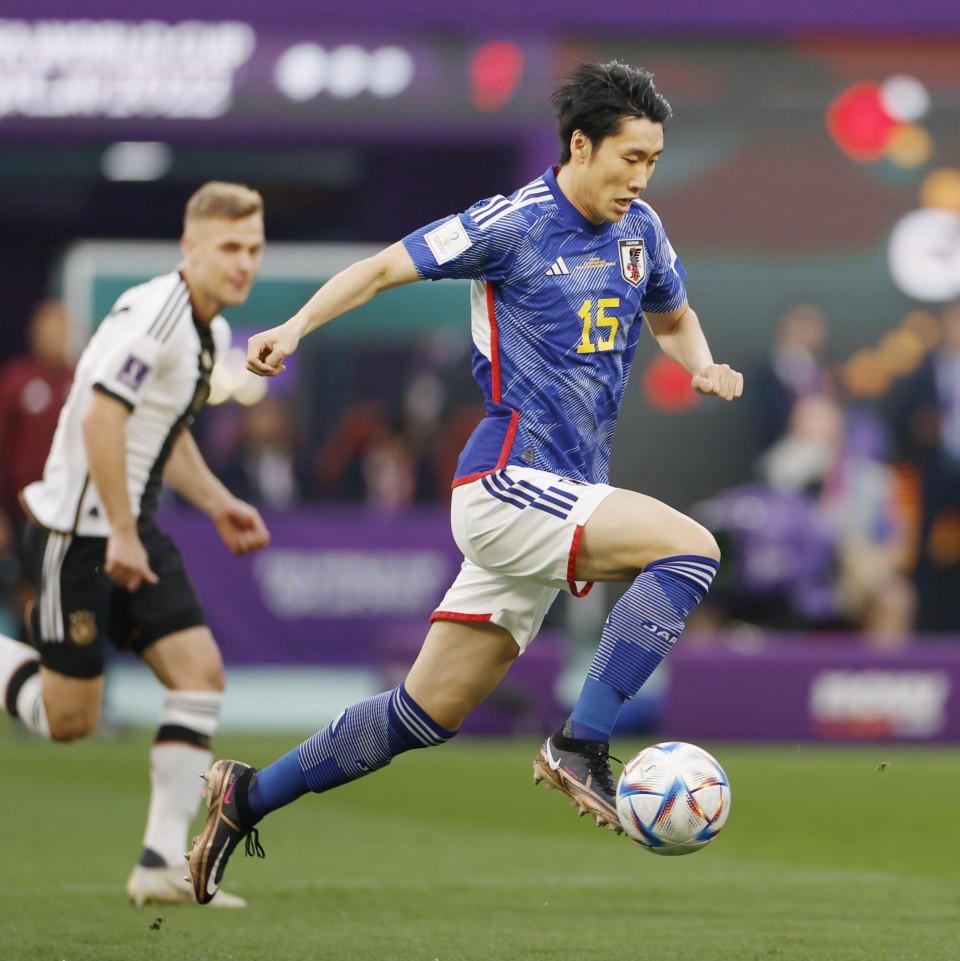 Japan's Daichi Kamada (R) goes on the attack against Germany during the first half of a World Cup Group E football match at Khalifa International Stadium in Doha on Nov. 23, 2022. (Kyodo)

"I'd have regretted it my whole life if we finished the game with the kind of display from the first half. Being valiant and playing with bravery was everything."

The turnaround came about after an uncharacteristically early change by the manager, who brought on fit-again Takehiro Tomiyasu at the break to switch to three at the back -- something he had only tried previously in closing stages of matches.

"We could mark them man-to-man after switching to play almost like five at the back. We could clarify the positions in the midfield and the press upfront also clicked," said midfielder Wataru Endo.

The Asian side gained further momentum as Kaoru Mitoma and the eventual match-winner Takuma Asano entered the fray in the 57th minute and Ritsu Doan also took to the field 14 minutes later.

The fifth and final change was enforced as Hiroki Sakai limped off, but the manager was ready to throw in yet another attacking piece in the shape of Takumi Minamino, who immediately set up Doan to score the leveler. 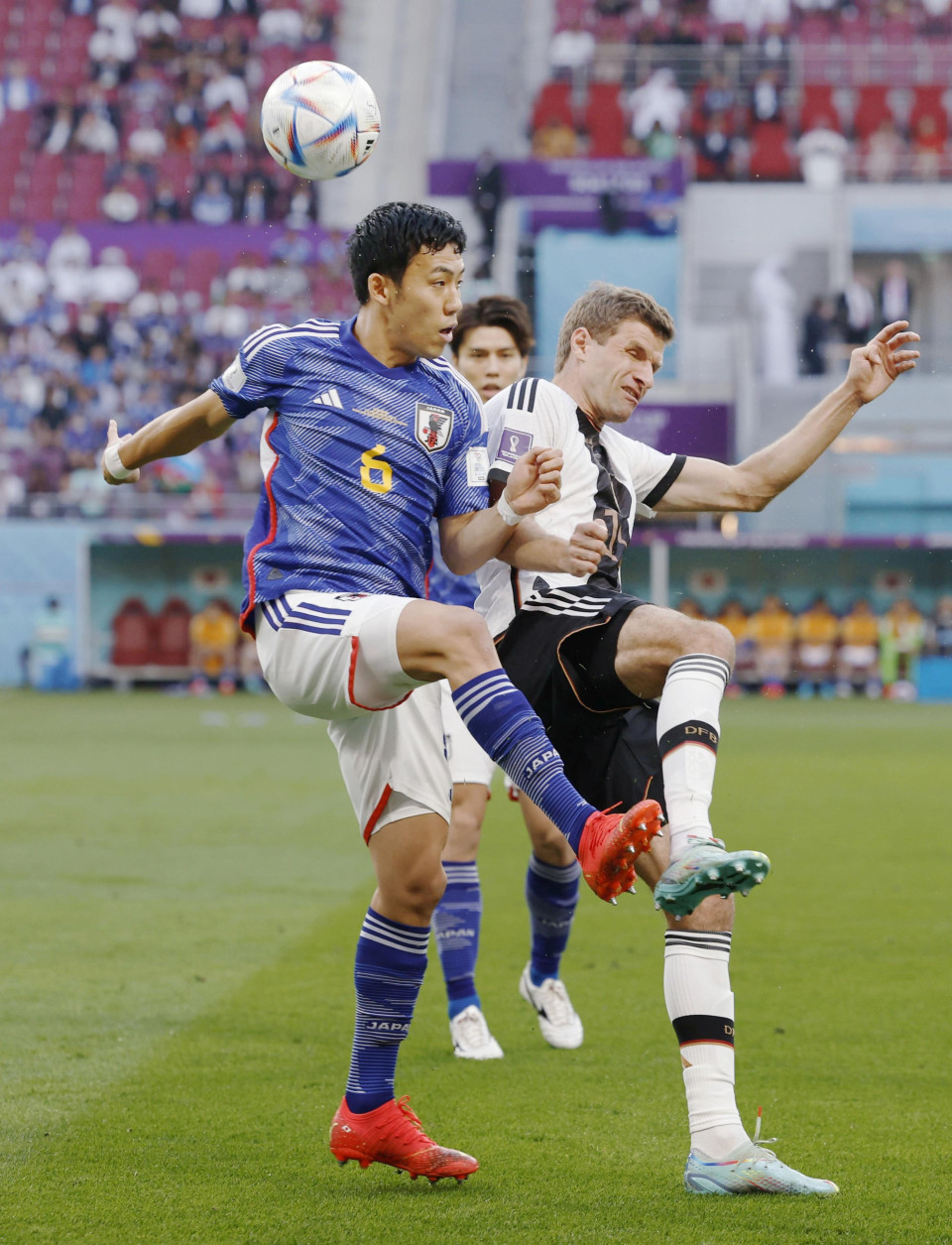 Japan's Wataru Endo (L) and Germany's Thomas Mueller vie for the ball during the first half of a World Cup Group E football match at Khalifa International Stadium in Doha on Nov. 23, 2022. (Kyodo)

Boasting pace on either flank from impromptu wing-backs Junya Ito and Mitoma, and spearheaded by speedster Asano who was supported by Doan and Minamino, Japan finally played with an attacking vigor of which they had long been capable, but had rarely been given a chance to show.

"We always had that as an option. We were 1-0 down and we showed the strength Japanese have in being able to adapt to different situations," said Stuttgart captain Endo who, like Kamada, was fearless in confronting familiar faces from the Bundesliga.

With Mitoma on the way to 100 percent fit after returning from illness and regular Hidemasa Morita itching for minutes after overcoming calf discomfort -- and Moriyasu discovering firsthand the real wealth of talents he has at his disposal -- things are on the up for the Samurai Blue.