Japan's government on Friday prepared a pair of bills to revise consumer contract laws to help people financially impacted by the dubious sales practices of the Unification Church and other religious organizations.

The government, also planning separate legislation to impose criminal punishment if religious organizations maliciously solicit donations, submitted its summary to ruling and opposition parties, despite the differences between the two over how to regulate illicit fundraising by such groups. 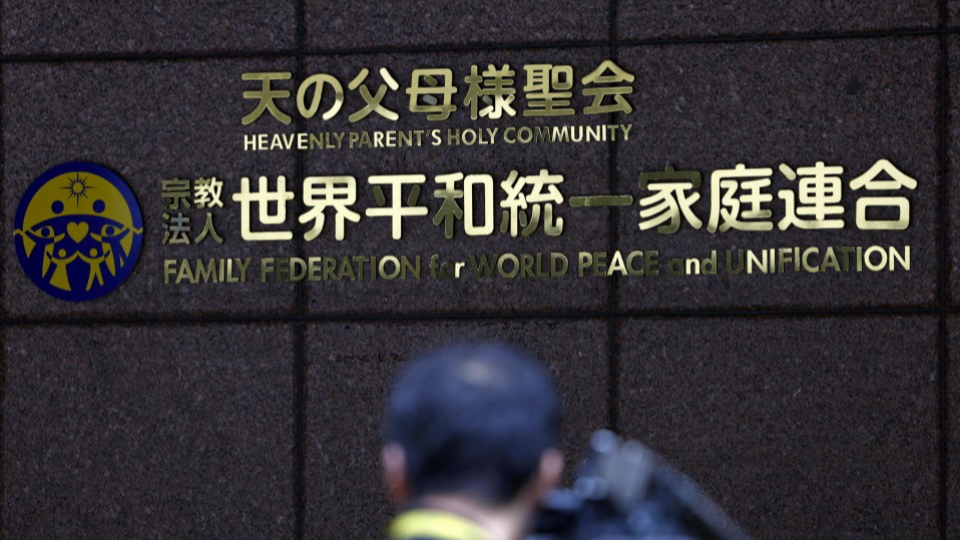 The planned legal revisions come as the Unification Church's notorious practices are increasingly under the spotlight, with some former members saying they were duped into making financially ruinous donations.

The group is also known for its "spiritual sales," in which people are pressured into buying vases and other items for exorbitant prices through threats, such as invoking negative "ancestral karma."

Prime Minister Fumio Kishida, whose approval ratings have been plunging, partly due to his government's handling of the issues surrounding the Unification Church, has said the government intends to submit the bills during the ongoing parliamentary session through Dec. 10.

Earlier this month, Kishida said he had privately met with victims of the Unification Church to listen to their plights linked to the group.

The government seeks to revise existing laws -- the consumer contract law and the law on the National Consumer Affairs Center -- to rescue victims of "spiritual sales" that have led to massive payments to religious groups.

By revising the consumer contract law, the government plans to allow consumers 10 years to cancel contracts made for spiritual sales, double the current five-year duration.

It is also considering enabling victims of spiritual sales to cancel contracts signed under duress following threats related to their family members' lives and properties.

The revisions to the consumer affairs center law would allow the government to release the names of organizations engaging in malicious practices, when it is necessary to protect consumers from them. 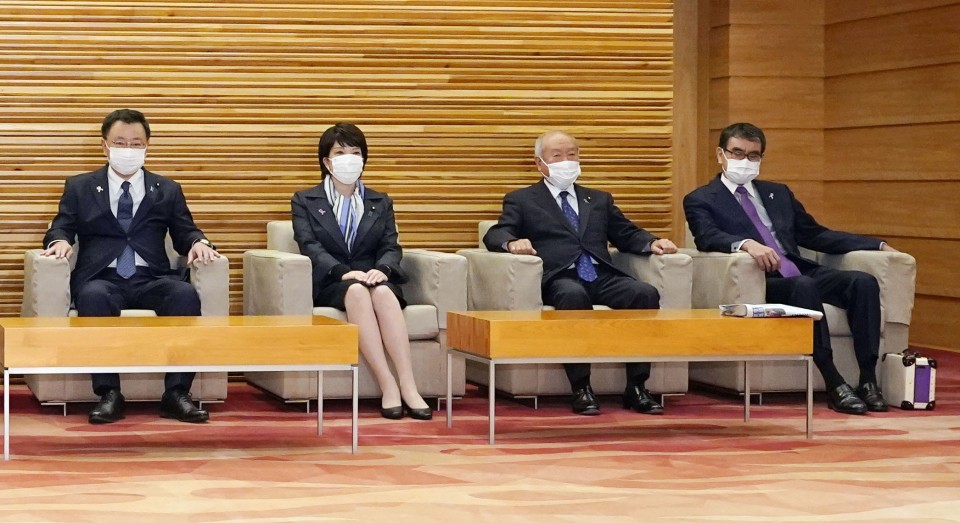 Chief Cabinet Secretary Hirokazu Matsuno (far L) and others attend a Cabinet meeting at the prime minister's office in Tokyo on Nov. 18, 2022. (Kyodo)

Scrutiny of the Unification Church, founded by a staunch anti-communist in South Korea in 1954, intensified after former Prime Minister Shinzo Abe was fatally shot during an election campaign speech in early July.

His attacker, Tetsuya Yamagami, has said he held a grudge against the organization, now formally called the Family Federation for World Peace and Unification, because his mother made considerable donations to the group, which financially ruined his family.

Troubles facing the so-called second-generation members -- children who have also been enrolled in their parents' religious organization -- have also recently drawn attention.

Regarding the separate bill to support victims who made massive donations, the government aims to enable dependent family members of believers to cancel donations on behalf of the believers themselves.

The bill would also ban religious groups from pressuring followers to borrow money or use their home as collateral to procure funds for donations, and prohibit them from suggesting someone could fall into misfortune without donations.

The government and the ruling coalition led by Kishida's Liberal Democratic Party and Komeito are facing differences between them and opposition parties in some aspects of the legislation.

The leading opposition Constitutional Democratic Party of Japan and the second-largest Japan Innovation Party have called for the new law to enable the cancellation of donations offered by followers under the influence of brainwashing, also known as "mind control" in Japan.

But the government and the ruling camp have said that it is difficult to define such a state of mind in terms of law.

The two opposition forces have also requested the government set a cap on the amount of donations, such as up to a fourth of their annual disposal income.