The Japanese and U.S. governments are taking steps to increase the number of students from their nations studying in each other's countries following an apparent fall-off in interest in studying abroad due to the coronavirus pandemic.

The two governments will launch a campaign in November asking current and former students in such programs to post photos, videos and stories of their experiences on Instagram, with the hashtag #USJapanStudyAbroad" or "#JapanUSStudyAbroad."

The governments will also ask educational experts for advice on how to encourage more young people to study in each other's countries. 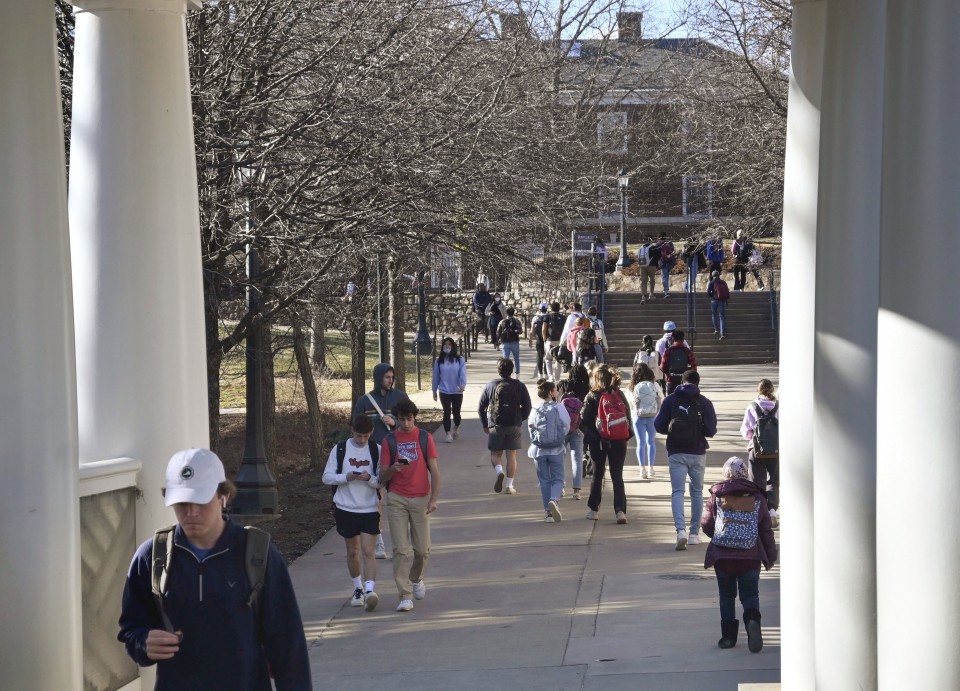 File photo taken in February 2022 shows students in a campus of the University of Virginia in the United States. (Kyodo)

The aim of the campaign, which sees the first collaboration on education between the two countries' respective embassies, is not only to increase the number of students studying on such programs but also to build connections, officials of the two governments said.

The U.S. Embassy in Tokyo said, "We want both Americans and Japanese to consider the value of an international education, especially as they establish their post-COVID academic plans."

According to the Japan Student Services Organization, 18,138 Japanese students from universities and other institutions studied in the United States in the 2019-2020 academic year, but the number plunged to 240 the following year due to the spread of COVID-19.

According to the U.S. Institute of International Education, the number of Japanese students enrolled in U.S. universities alone during the 2019-2020 academic year was 11,785, down 33 percent from a year earlier.

The number of students from India, China and South Korea also fell in that year but the pace was slower, with 13 percent, 15 percent and 21 percent declines, respectively, the survey showed.

U.S students in Japan decreased in the 2019-2020 period by 62 percent to 3,406. The number is believed to have declined further during the following year due to the prolonged COVID-related border control measures taken by the Japanese government.

"We must take action now. Otherwise, it will be too late. Japan and the United States will work together to build momentum" so more students from the two countries can seek to learn in each other's countries, a Japanese government official said.