Japanese documentary filmmaker Toru Kubota returned to Japan on a commercial flight Friday after being released from a Myanmar prison under an amnesty by the junta the previous day.

Kubota was detained on July 30 while filming an anti-coup protest in Myanmar's largest city Yangon and sentenced by a military-controlled court to 10 years in prison for sedition, among other crimes. 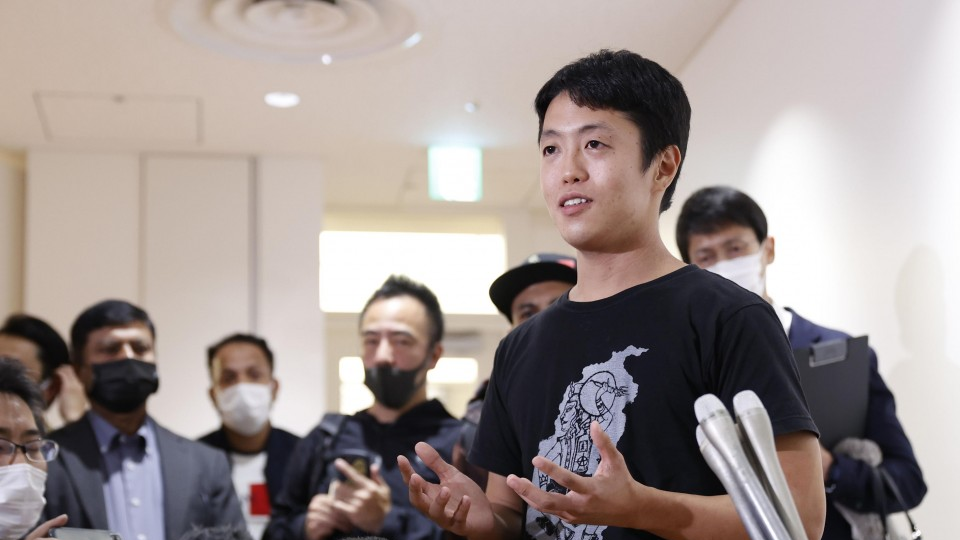 Toru Kubota speaks to reporters at Tokyo's Haneda airport after arriving via Thailand on Nov. 18, 2022. (Kyodo)

"I'm feeling a sense of gratitude I can't describe for being released this early even though I was sentenced to 10 years in prison," Kubota told reporters at Tokyo's Haneda airport after arriving via Thailand.

Kubota said he had his own cell and was not mistreated, but the 10-year prison term had "weighed heavily" on him.

"The government had repeatedly urged Myanmar authorities in strong terms to release Mr. Kubota at an early date," the top government spokesman told a press conference in Tokyo.

Myanmar has been ruled by the military since a coup in February 2021 that toppled a democratically elected government led by Suu Kyi.

Kubota said he would like to explain the situation surrounding his arrest in detail on a separate occasion as he cannot describe it easily.

While also declining to give details about his trip to Myanmar, Kubota said, "I want to go to Myanmar again if I get the chance."

Seijiro Konno, a 25-year-old friend of Kubota, greeted him at the airport and handed over messages of support from more than 100 people.

"I want him to rest for a while. I intend to support him so he can resume his activities," Konno said.