South Korea's ambassador to Japan expressed hope that the countries' leaders can restart their reciprocal visits "sooner than expected" as both nations try to improve bilateral ties, damaged significantly by wartime labor issues.

In a recent interview with Kyodo News, Yun Duk Min touched on the potential resumption of what is known as "shuttle diplomacy," in which the leaders regularly visit each other's country, a practice that has been stalled since 2011. 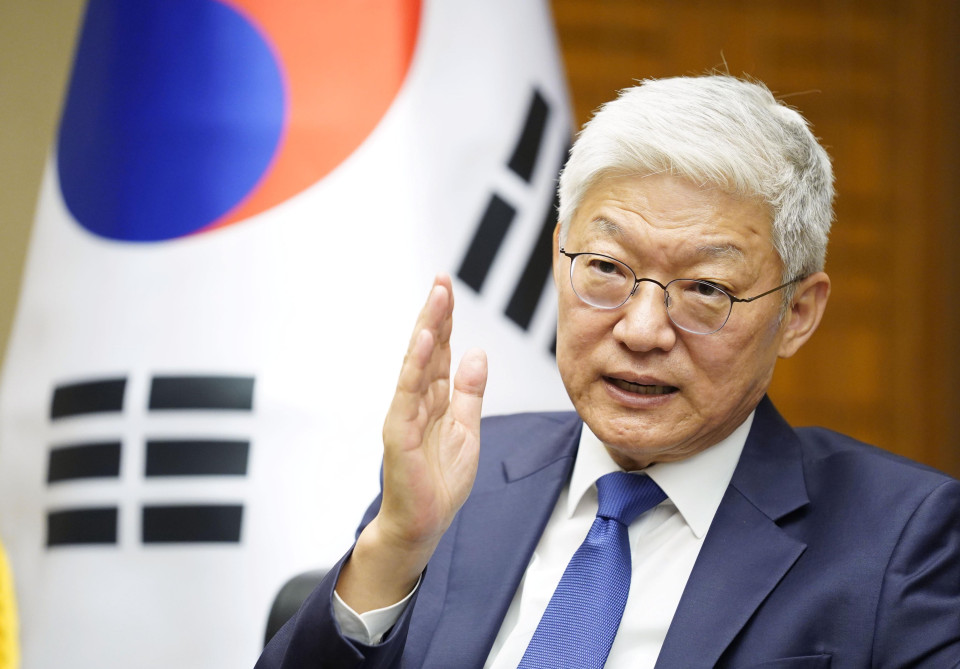 Yun, who assumed his post as envoy to Japan in July, also did not rule out the possibility of South Korean President Yoon Suk Yeol visiting Japan, which, if realized, will be "symbolic in normalizing relations" between the two countries.

During Yoon's visit, international issues, including provocations by North Korea, are also expected to be on the agenda, Yun said. Pyongyang has repeatedly test-fired ballistic missiles since the start of this year.

Since his inauguration in May, Yoon has sought to improve ties with Japan after Tokyo-Seoul relations reached their lowest point in years during the tenure of his predecessor, Moon Jae In.

Yoon met Japanese Prime Minister Fumio Kishida earlier this month on the fringes of regional summits in Cambodia, with the two agreeing to work toward an early settlement of wartime labor issues.

The South Korean ambassador said their countries are "making utmost efforts" to find a solution to these issues that would be "acceptable to both countries' people."

Yun said public support is essential for any solution reached in light of the lessons learned from a 2015 bilateral agreement that was later met with opposition from concerned parties.

Japan and South Korea struck the landmark deal in December 2015 to "finally and irreversibly" resolve the long-standing row over Koreans who worked as "comfort women" in Japan's wartime military brothels.

Based on the 2015 deal, Japan paid 1 billion yen ($7.2 million) through a foundation to former comfort women and the families of those who died. However, some women refused to accept it, calling instead for an official apology and compensation from Japan.

The government of Moon, who came into power in 2017, later called the accord "seriously flawed," and the foundation was dissolved in 2019.

The firms have not complied with the compensation orders as Tokyo has maintained all claims stemming from its colonial rule were settled "completely and finally" under a bilateral agreement signed in 1965.

"The 10 years since have seen us at constant odds over historical issues. While facing that history, we must also work together with a view to the future," Yun said.