A Japanese filmmaker recently released from detainment in a Myanmar prison called on Monday for Prime Minister Fumio Kishida's government to use its economic influence to condemn the repression perpetrated by the military junta.

Citing Japan's significant presence in Myanmar due to its economic ties with the coup-hit country, Toru Kubota urged the government to push for the release of civilian leader Aung San Suu Kyi and other people detained unjustly and the establishment of a democratic government.

Kubota, 26, spoke at a press conference in Tokyo after being freed "under amnesty" by the junta on Nov. 17. 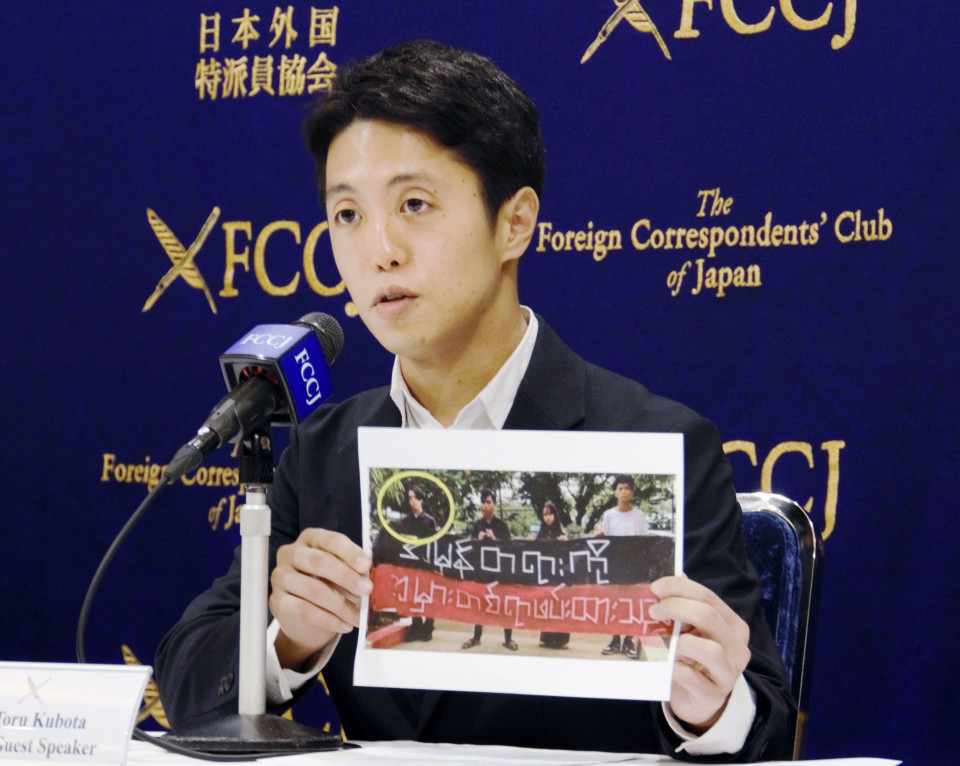 Toru Kubota, a Japanese filmmaker who was freed after being detained in Myanmar by the junta for about four months, speaks at a press conference at the Foreign Correspondents' Club of Japan in Tokyo on Nov. 28, 2022. (Kyodo)

He was detained on July 30 while filming an anti-coup protest in Myanmar's largest city Yangon. A military-controlled court initially sentenced him to 10 years for crimes, including sedition.

The Myanmar military seized power after toppling the democratically elected government of Suu Kyi in a February 2021 coup.

Recalling what happened to him after being detained in Yangon, Kubota said he was initially treated well upon being taken to a police station and was allowed to sleep in the station chief's air-conditioned office.

But Kubota's reception changed quickly upon questioning the following day when a documentary he made about the Myanmar military's repression of the Rohingya Muslim minority group was found by searching for him on Facebook.

The Rohingya have been persecuted in the Buddhist-majority country, with hundreds of thousands uprooted and forced to flee to neighboring Bangladesh in recent years.

Kubota said that after finding the video, a police officer communicated to him that Kubota's work repulsed him and that he would be sent somewhere that was like hell on Earth.

The filmmaker said he was then temporarily taken to a detention center, where conditions were appalling without sunlight.

He was released the following month and returned to Japan.