New research challenges the view that a British lord spied for Japan during World War II and passed on secrets from Prime Minister Winston Churchill.

Declassified government files more than 20 years ago led to stories and a documentary claiming William Sempill, an aviator and engineer, betrayed his country but avoided prosecution given his links to high society and Churchill.

But Alex Hardie, an honorary fellow in the School of History, Classics and Archaeology at the University of Edinburgh, has recently presented a new paper in the International Journal of Intelligence and CounterIntelligence challenging that view. 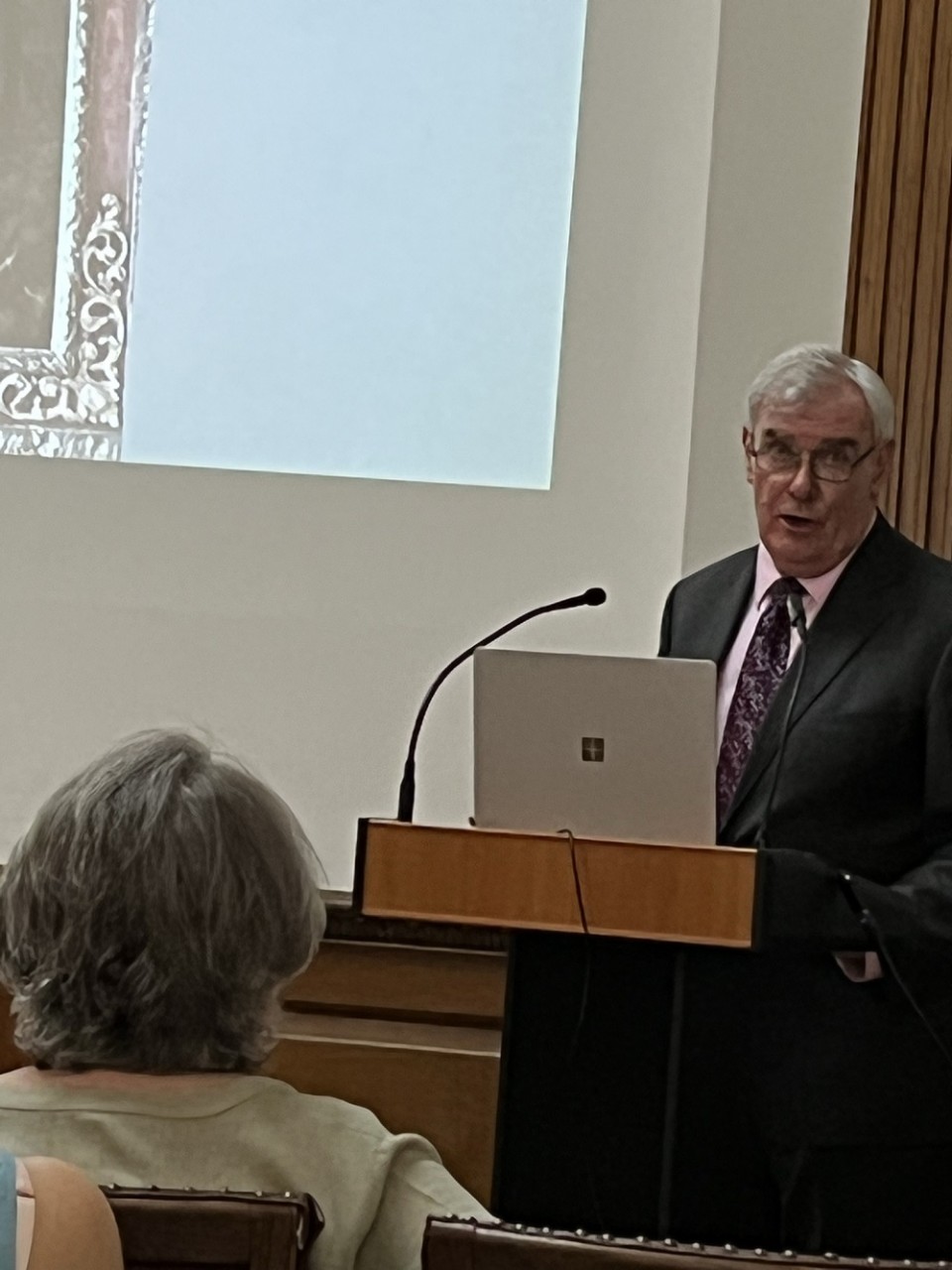 Alex Hardie presents new evidence on Aug. 15, 2022, to members of the Japan Society in London that refutes allegations Lord Sempill of Britain was a spy for Japan during World War II. (Kyodo)

He concludes that while there were "ambiguities" about Sempill's various roles, and he made "culpable errors of judgment," the overall evidence does not support the claim that he was a spy who betrayed British and American interests.

Hardie says the origins of his paper lay in discussions he had with living Sempill family members about the alleged treachery.

The academic was given unconditional access to family papers and conducted an independent review of other archival sources.

During the coronavirus lockdown in 2020, Sempill's grandson, Jamie, currently Lord Sempill, and his nephew, Angus, Sempill's great-grandson, revisited the accusations against their forebear.

Jamie said he was "completely shocked" to learn of the revelations about his grandfather over two decades ago but felt "certain things did not ring true" when he began investigating. "I want to clear the family name, especially on an accusation of treachery," he said. 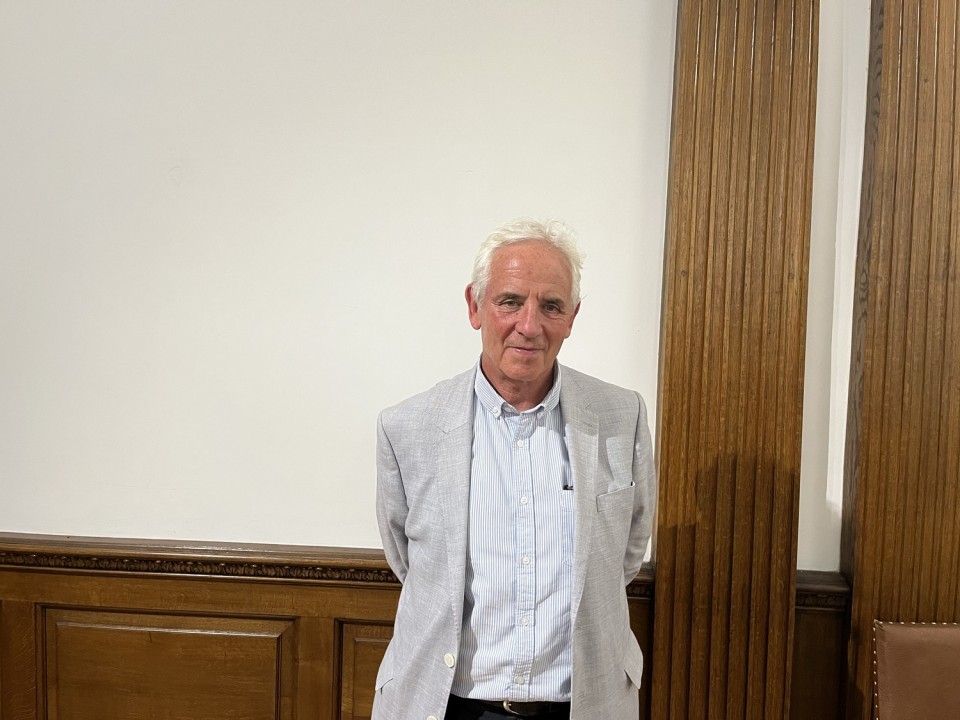 Photo taken on Aug. 15, 2022, in London shows Jamie Sempill, who wishes to clear the accusations of treachery against his grandfather William Sempill. (Kyodo).

Sempill, who died in 1965, was a member of Scotland's aristocracy and, from 1934, belonged to the House of Lords.

In 1921-22, he led a British civilian mission to organize the Japanese navy's air service and was praised for his work by the then-Japanese Prime Minister Tomosaburo Kato, who described his efforts as "almost epoch-making."

On his return from Japan, Sempill worked as a consultant to several governments, including the Japanese and, from 1931, Mitsubishi Corp.

At the outbreak of World War II in 1939, Sempill took a job at the Admiralty in London, working in the field of naval aviation.

But in August 1941, Churchill was shown deciphered cables from the Japanese Embassy in London to Tokyo, which included details of a summit he had held with U.S. President Franklin D. Roosevelt that discussed war strategy.

Sempill was one of several well-known Japanophiles and had tried to help London reset relations with Tokyo. In August 1940, he submitted a plan to Ernest Bevin, the minister of labor, for a four-power peace pact involving Japan, Britain, the United States and China. 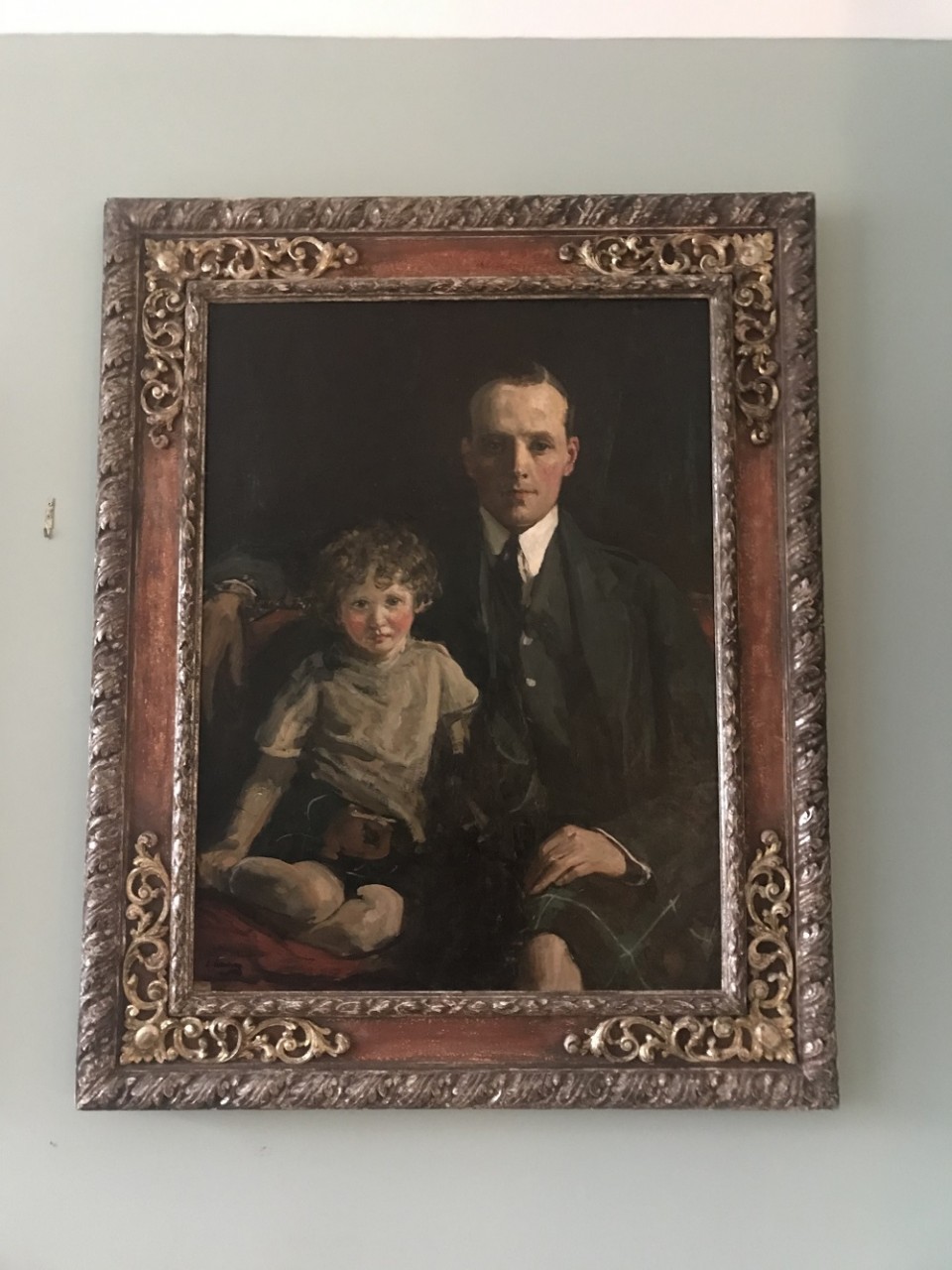 Churchill regarded the passing of information to the embassy as "serious." He claimed to know two of the sources "personally," according to documents.

In a curt note to Albert Alexander, first lord of the Admiralty, in October that year, Churchill wrote, "Clear him (Sempill) out while time remains." Sempill was offered a job in the north of Scotland.

Richard Aldrich, a professor of international security at the University of Warwick, is one historian who believes Sempill was a spy.

In "The Black Door," a book on spies and intelligence he co-authored with Rory Cormac, he described Sempill as one who passed the information on the Churchill-Roosevelt summit to the Japanese.

They describe Sempill as a long-term Churchill associate who would relay the contents of his conversations with the prime minister to the Japanese Embassy.

Churchill had Sempill moved rather than exposed as a spy because the latter course of action would be damaging to the wartime leader, Aldrich has argued.

However, Hardie says Sempill could not have relayed information on the summit to the Japanese.

Sempill and Churchill were not intimates, and Sempill did not have sufficient time to meet Churchill before the Japanese cable on the summit was sent, Hardie said.

Moreover, Hardie argues that while MI5 was already monitoring Sempill, the gap in their coverage of him during this period suggests he was out of London and could not have met Churchill.

According to Hardie, the cable was a "collation" of information, largely from what was picked up from diplomatic circles -- uneven in its analysis and carrying no distinctive marks of Churchill's input.

When contacted by Kyodo News, Aldrich declined to comment on Hardie's research.

Sempill was later interviewed by MI5 and Special Branch over suspicions he may have been in touch with the Japanese Embassy about "compromising correspondence." However, Sempill denied the accusation, and a search of his property turned up nothing of particular interest.

Hardie contends Sempill was moved from the Admiralty because his presence there was incompatible with his political activities and Japanese contacts.

According to Hardie, Sempill was explicitly assured by his boss there was no accusation of breach of trust against him, and archives give no hint that MI5 suspected him of being the source behind the cable on the summit or the later cable that prompted an investigation.

Given his association with foreign governments, Sempill had also been on MI5's radar in the 1920s.

In 1926, Sempill was reprimanded for a technical breach of the Official Secrets Act after receiving classified information about a seaplane, although there is no evidence he passed this on to foreign governments.

Hardie concludes in his paper: "Sempill's posthumous reputation owes more to myth-making than to the forensic inquiry and human understanding that lies at the heart of modern counterespionage."

"On the central charge of treachery...it is difficult to suppose that modern investigation would do other than bring matters to a settled conclusion, and exonerate the 19th Lord Sempill."

Jamie Sempill told Kyodo his grandfather had a good relationship with Prince Chichibu, Emperor Hirohito's brother, and this "special" connection with the Japanese royal family probably explained why he maintained ties with Japan throughout his life.

In 1961, the elder Sempill was awarded the Order of the Rising Sun in recognition of his service to Japan.

Antony Best, a professor of international history from the London School of Economics, who has also written about Sempill, said, "Based on the evidence that I have seen to date, my sense is that Sempill acted unwisely in his contacts with the Japanese Embassy in London, but that his activities fall short of outright treachery."