Former ozeki Takayasu moved to within one win of his first Emperor's Cup on Saturday, as he survived a scrape to beat fellow rank-and-file wrestler Kagayaki on the penultimate day of the Kyushu Grand Sumo Tournament.

Takayasu (12-2), currently a No. 1 maegashira, got the better of the initial collision but failed twice to shove Kagayaki out. The No. 15 counterattacked as Takayasu shifted his weight and drove him back across the ring but could not finish him off. 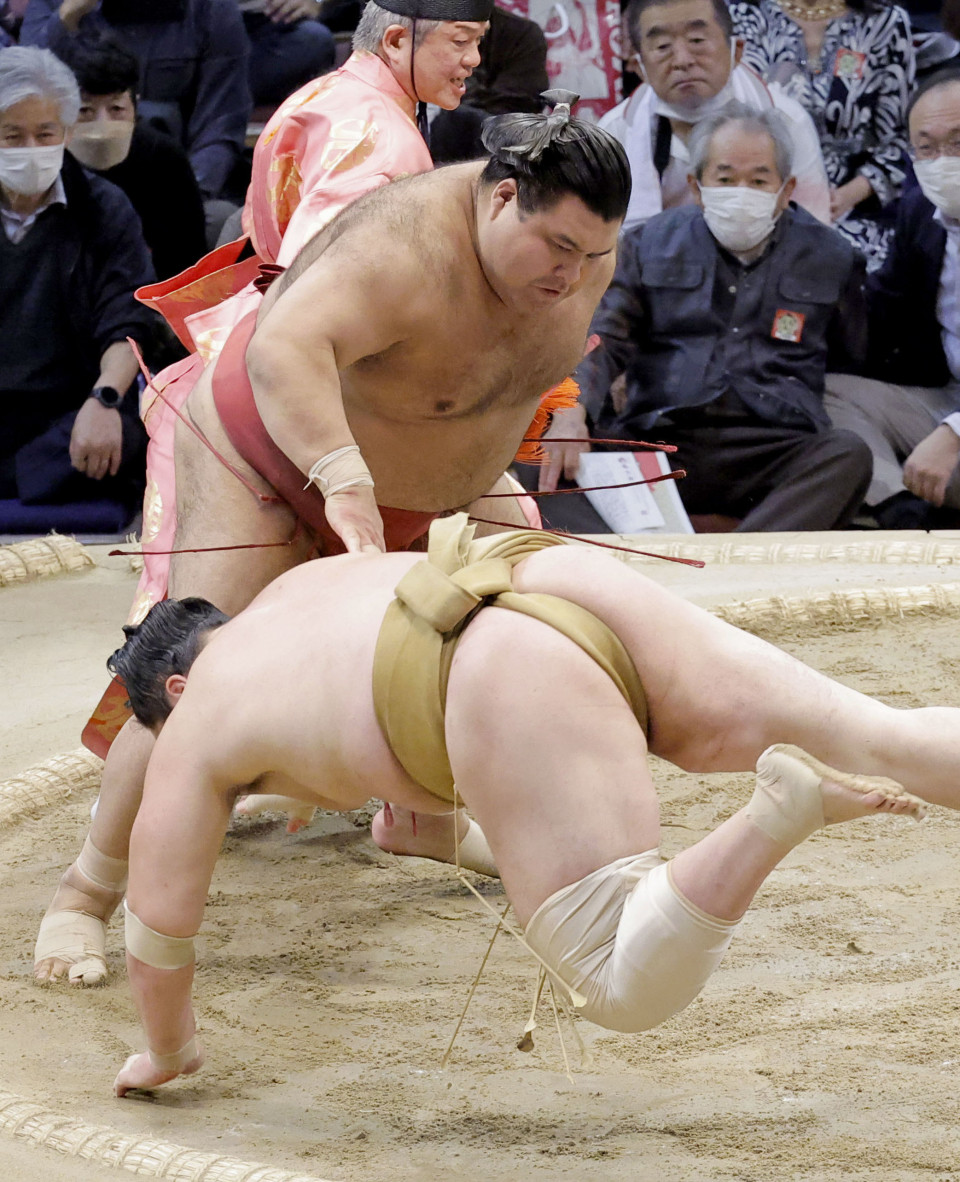 Takayasu (back) defeats Kagayaki on the 14th day of the Kyushu Grand Sumo Tournament at Fukuoka Kokusai Center in Fukuoka, southwestern Japan, on Nov. 26, 2022. (Kyodo)

Long a master of side-stepping out of trouble along the straw bales, Takayasu once more danced away from danger. Kagayaki gave chase but lost his balance in his haste and was slapped down to the sandy surface.

Ozeki Takakeisho and No. 9 Abi also won to head into the final day at Fukuoka Kokusai center with a chance to challenge Takayasu for the title.

Takakeisho, who has a history of success in the November tourney, withstood the charge of No. 13 Oho (10-4), the 22-year-old grandson of the famous late yokozuna Taiho. Oho lowered his shoulder as he powered forward, but it did little good.

After the two separated, Takakeisho simply overpowered Oho with his patented shoving-and-thrusting attack to retain a chance for his third November championship.

Sekiwake Hoshoryu (10-4), the nephew of former Mongolian yokozuna Asashoryu, suffered his third straight defeat, paying the price for his lack of polish as he fell out of title contention.

Hoshoryu's ferocious charge earned him a belt hold. He traded that, however, for a two-handed shoving attack that Abi countered. When Hoshoryu launched himself at his opponent, Abi stepped aside and slapped the sekiwake down to defeat.

In a battle of sumo elites enduring hard times, ozeki Shodai (6-8), who will be demoted to sekiwake for January's New Year tournament, beat Mitakeumi to leave him with eight losses as well.

Mitakeumi is fighting as a sekiwake after dropping from the ozeki ranks this month and is now in danger of further demotion. 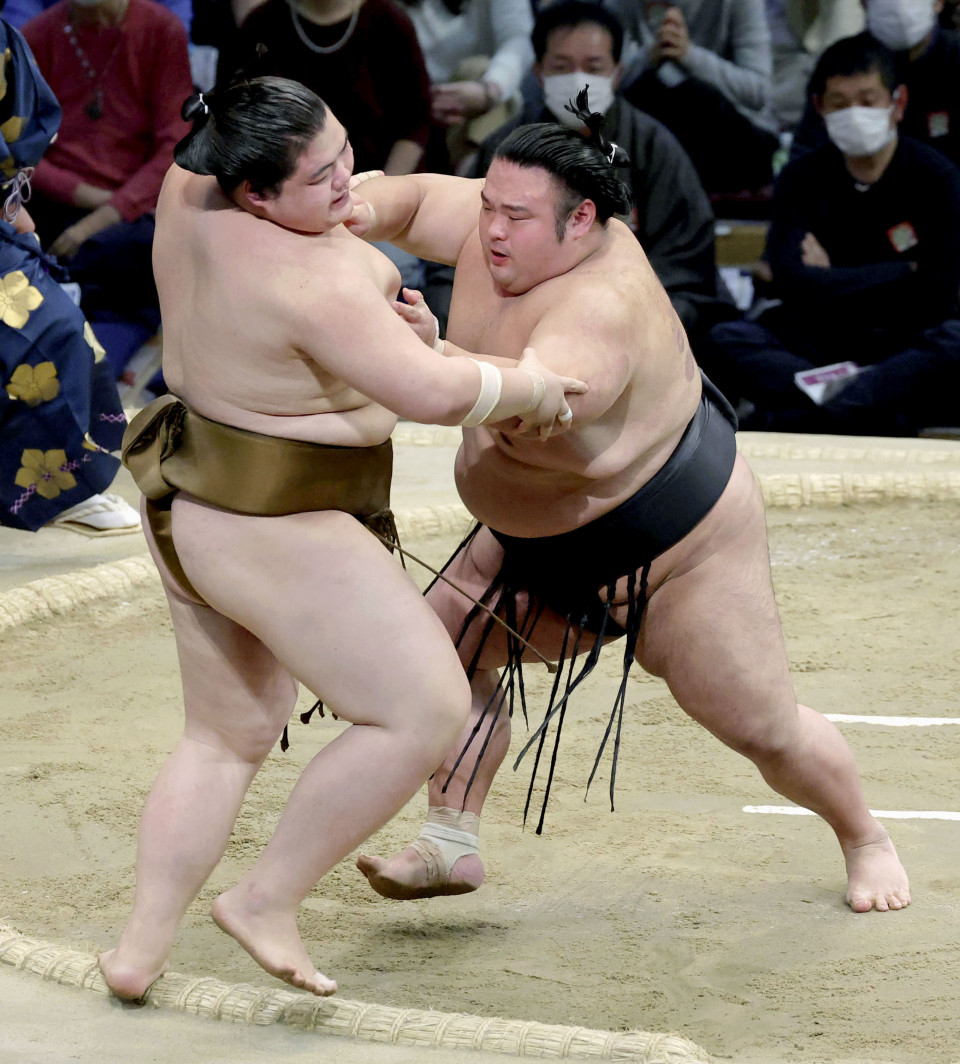