Just days after winning his second career ATP Tour title, Japan's Yoshihito Nishioka lost to Serbia's Miomir Kecmanovic in the first round of the Rakuten Japan Open in Tokyo on Wednesday.

The 23-year-old Serb zoomed to triple match point with his 12th ace of the match, and sealed victory on the third try when a Nishioka backhand flew wide. 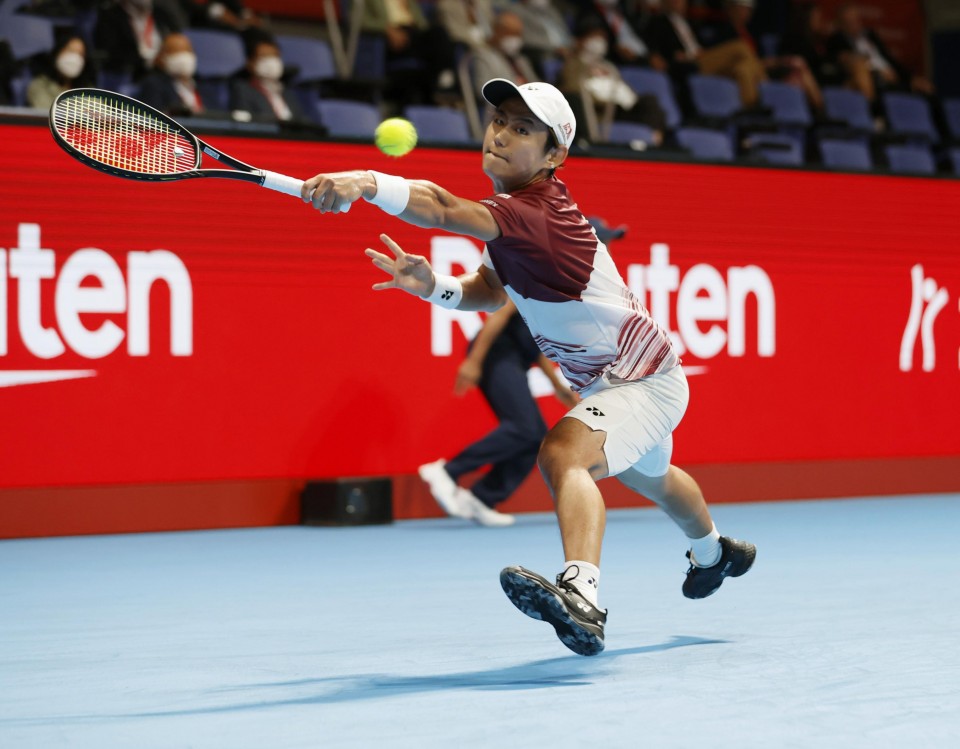 Nishioka upset U.S. Open runner-up Casper Ruud of Norway in the quarterfinals en route to his Korea Open victory in Seoul on Sunday.

Losing a close second set hurt the 41st-ranked, left-handed Nishioka. He won only one point on his seven second serves in the set.

After the match, he said he considers his performance a positive given it came on a short turnaround from the tournament in South Korea.

"I couldn't finish in two sets, and that's why I lost," Nishioka said. "I played decent tennis, but it was hard physically during the second half of the match."

"I think I've grown as a player because I got close to a win in this situation."