A sauna bathhouse featuring a shared workspace and bar has opened in Nagoya, attracting remote workers during the COVID-19 pandemic, small business owners and others who see it as a unique location to meet and collaborate.

"For some reason when people share a sauna, they readily open up to each other," said a regular user of Nagono Workbar & Sauna, which opened in June. 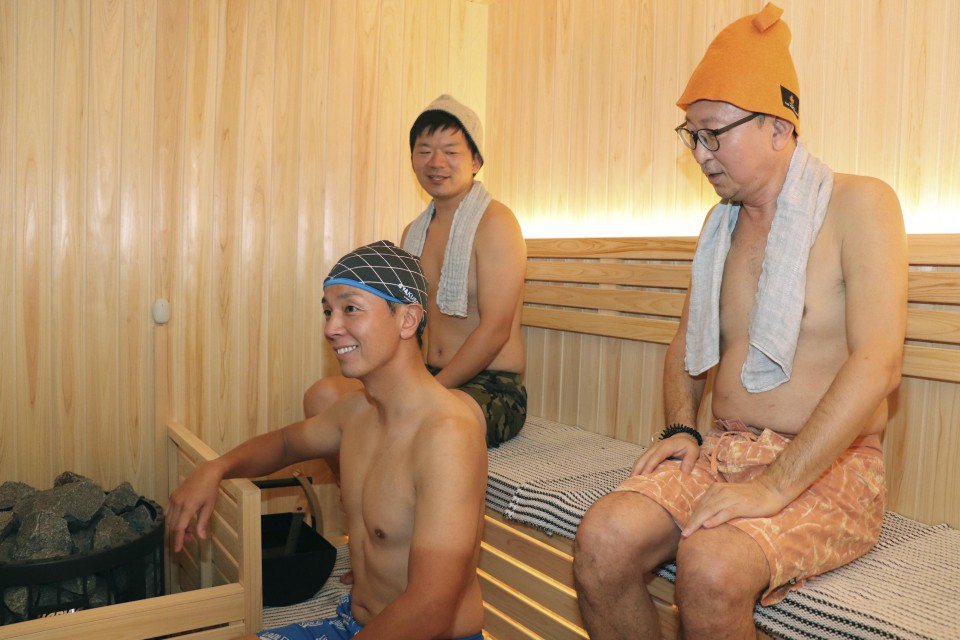 An event held there in late August was attended by some 30 people who enjoyed conversations and exchanged business cards. They included employees of big companies and business owners, among others.

The two-floor facility located in a shopping district in the central Japan city's Nishi Ward, has a sauna on the first floor and a shared workspace with 20 seats and a bar on the second. Customers can spend time as they please -- working, sweating it out in the sauna or grabbing a drink at the bar. There are also private booths for video meetings.

Women and men in the same party are welcome to share the sauna if they wear bathing suits, though there are normally designated times on the company's sauna schedule for both genders.

A major draw of the workspace is that people can use it for business discussions, exchanging ideas, and other networking opportunities. 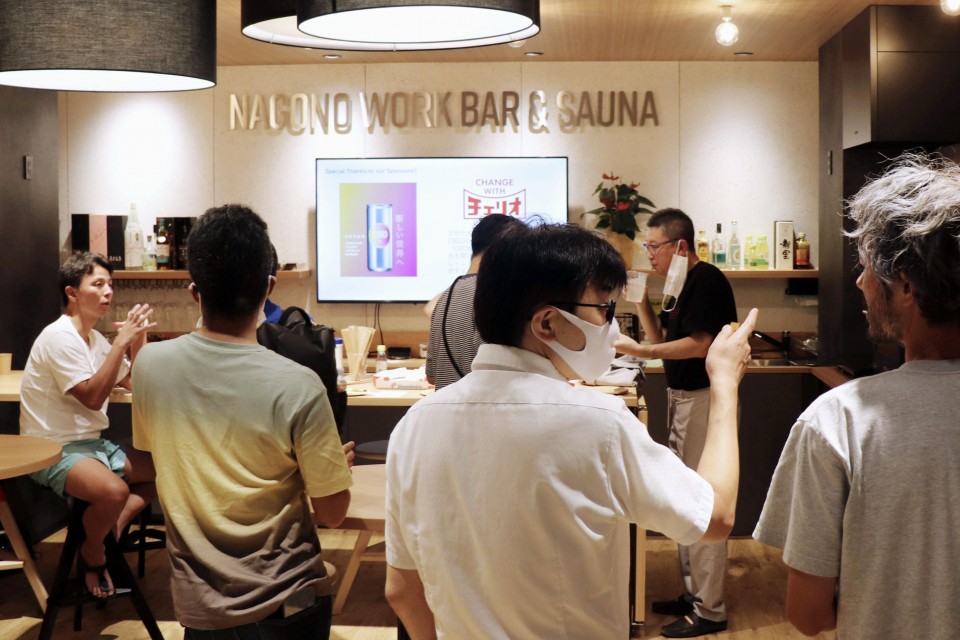 Customers mingle and discuss in the bar area at the Nagono Workbar & Sauna in Nagoya, central Japan, on Aug. 24, 2022. (Kyodo)

Ryo Kurakata, 31, who operates a company called Kurofune that supports foreign workers in Japan, says he received a tip at the bathhouse from a major trading house employee on how to expand overseas business from its base in the Philippines.

As the business expansion plan has already begun, Kurakata said he is grateful to have been able to "utilize the know-how of a big company."

Nagono was opened by Makoto Aou, an entrepreneur operating a venture business incubator, among other concerns. 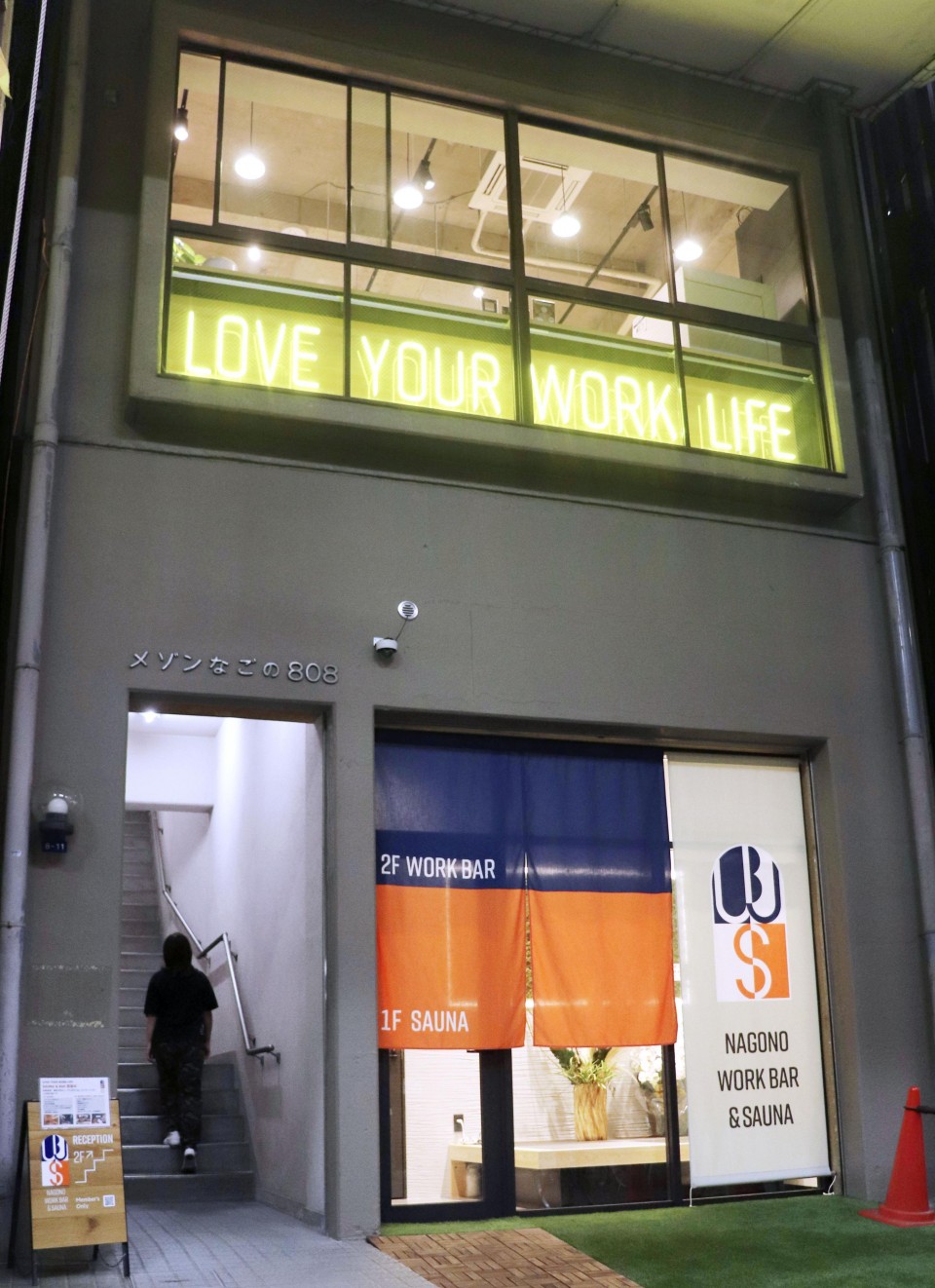 "There isn't much of a line between work and private life these days. I thought of creating a workplace where people can relax and encounter new opportunities," she said, explaining why she thought the facility might be a hit.

Aou had worked as a lecturer in a training program for young workers at a major automaker. Before the program started, she was surprised by the immediate camaraderie formed when veterans and young workers joined each other in a sauna, leading to a sense of team and improved efficiency.

She has held similar training programs at Nagono. A 52-year-old executive of a leading telecommunications company, who participated in a program in September, said the sauna sessions "closed the distance with young employees."

Agreeing with Nagono's concept that the sauna helps remove communication barriers, Kawata said, "I hope more facilities like this will pop up."

Aou is planning to build a lodging facility using the same concept. "I want to make it a place where something interesting starts through person-to-person interactions," she said. 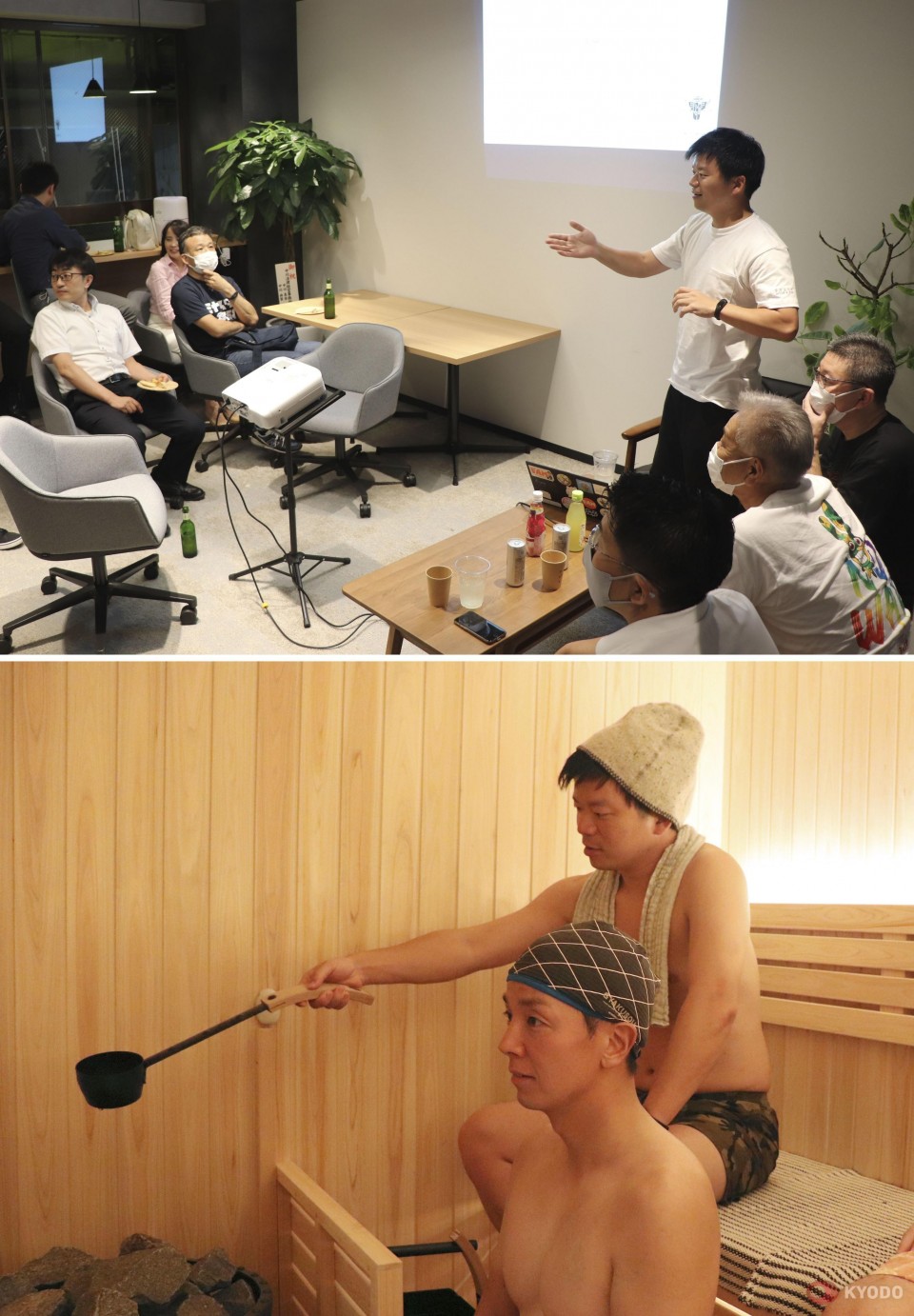