A body found recently in a river in Chiba Prefecture, near Tokyo, has been confirmed as that of a 7-year-old girl who went missing in late September, investigative sources said Thursday.

Using DNA analysis, the body was identified as that of Saya Minami, a first-grader from the Chiba city of Matsudo. The results of an autopsy suggested she may have drowned. No evidence of wounds to suggest foul play were found. 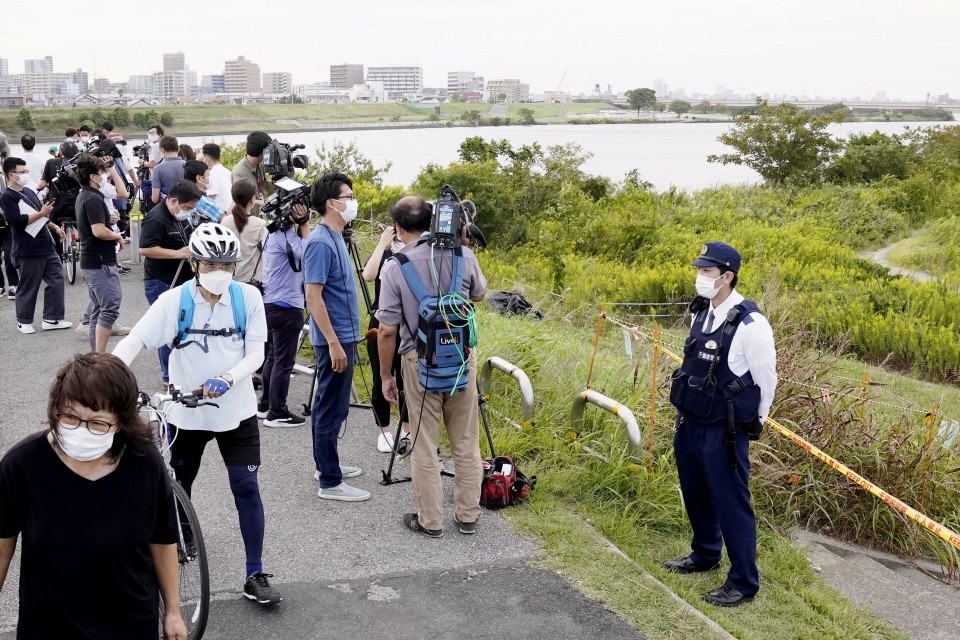 Reporters gather near the scene where a body was found in a river in Chiba Prefecture on Oct. 4, 2022. (Kyodo)

According to local authorities, the body was discovered Tuesday in the Edo River, around 15 kilometers downstream from where the girl's shoes and socks were found on a riverbank on Sept. 24, the day after she went missing.

Saya disappeared after going alone to a park near her home. She was nowhere to be found when her mother went to the park to join her around five minutes later.

On Sept. 23, the kick scooter she had with her when she left home was found in a park in Nagareyama, a Chiba city bordering Matsudo. A hat was later found downstream at a water inlet on Sept. 28.

Her disappearance led to an extensive police search which involved the use of helicopters and boats.