Shohei Ohtani's career-best 18-game hit streak came to an end on Tuesday, while his chief rival for American League MVP honors, Aaron Judge, set a league record with his 62nd home run of the season. 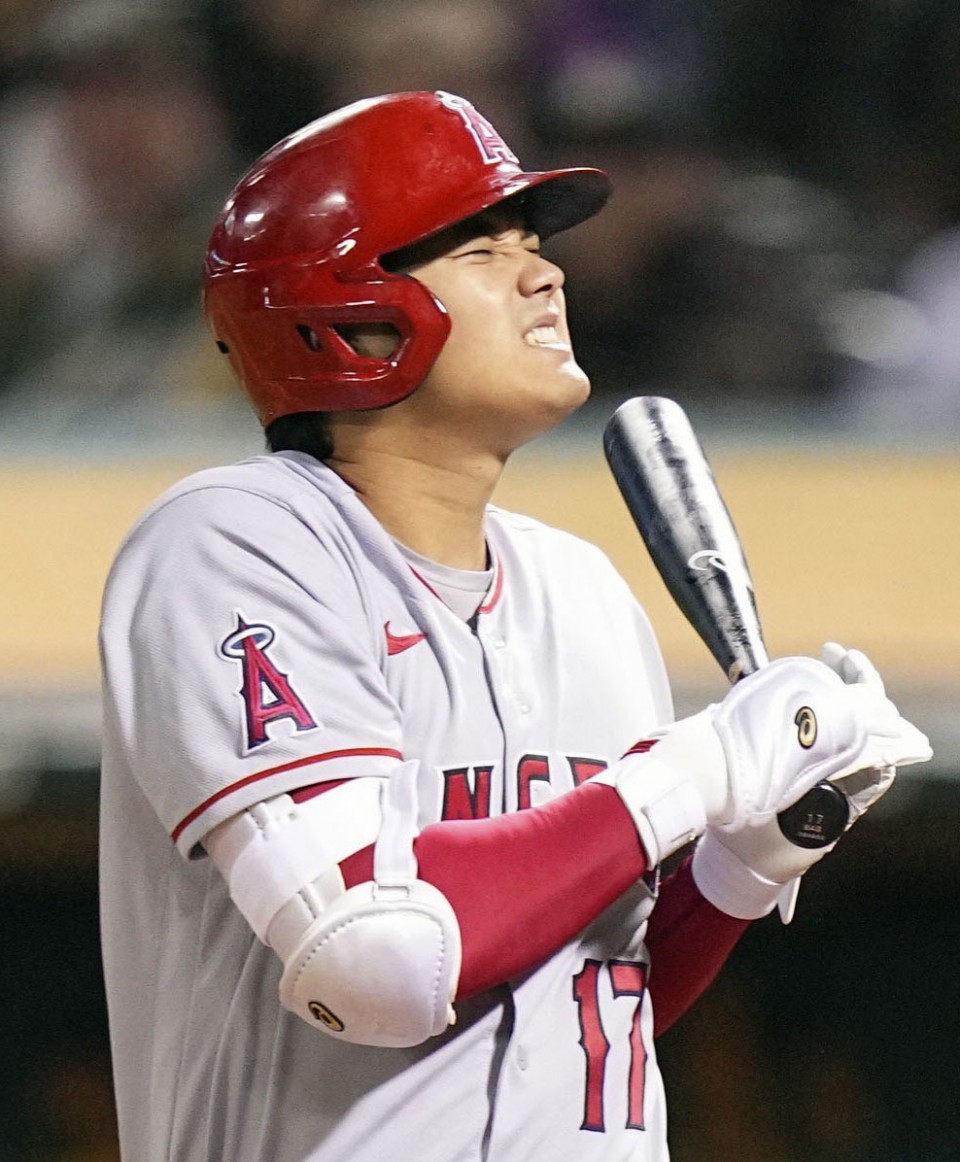 Los Angeles Angels two-way player Shohei Ohtani is hit by a pitch in the third inning of a baseball game against the Oakland Athletics at Oakland Coliseum in Oakland, California, on Oct. 4, 2022. (Kyodo) ==Kyodo

Ohtani, batting third as the Los Angeles Angels designated hitter, went 0-for-4 with one strikeout and was hit by a pitch in a 2-1, 10-inning loss to the Oakland Athletics at Oakland Coliseum, where Ohtani will take the mound on Wednesday for his final start of the season.

In Arlington, Texas, Judge of the New York Yankees surpassed the AL home run record first set by the Yankees' Roger Maris in 1961.