Chinese leader Xi Jinping started Sunday his norm-breaking third five-year term as general secretary of the ruling Communist Party with a new leadership dominated by loyalists, as he accelerates his concentration of power even after becoming the strongest political figure in decades.

All four new members of the Communist Party's highest decision-making body -- the seven-strong Politburo Standing Committee -- are Xi allies, triggering concerns that the Xi leadership could become more high-handed without much internal opposition and cause more tensions globally including the Taiwan Strait. 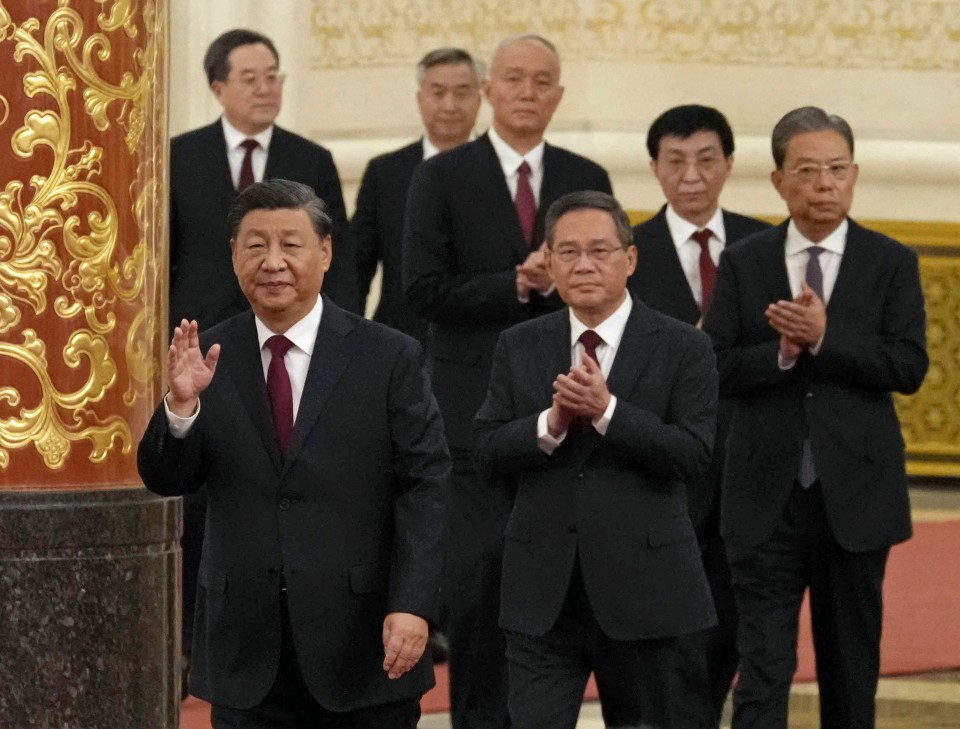 Chinese President Xi Jinping (front) and members of his new leadership are about to attend a press conference after the first general meeting of the Communist Party's Central Committee on Oct. 23, 2022, in Beijing. (Kyodo)

As Xi installed no potential successors and referred to many long-term policy goals to be achieved by 2035 at the weeklong, twice-a-decade party congress through Saturday, some observers believe the 69-year-old leader could stay in power for at least 10 more years. 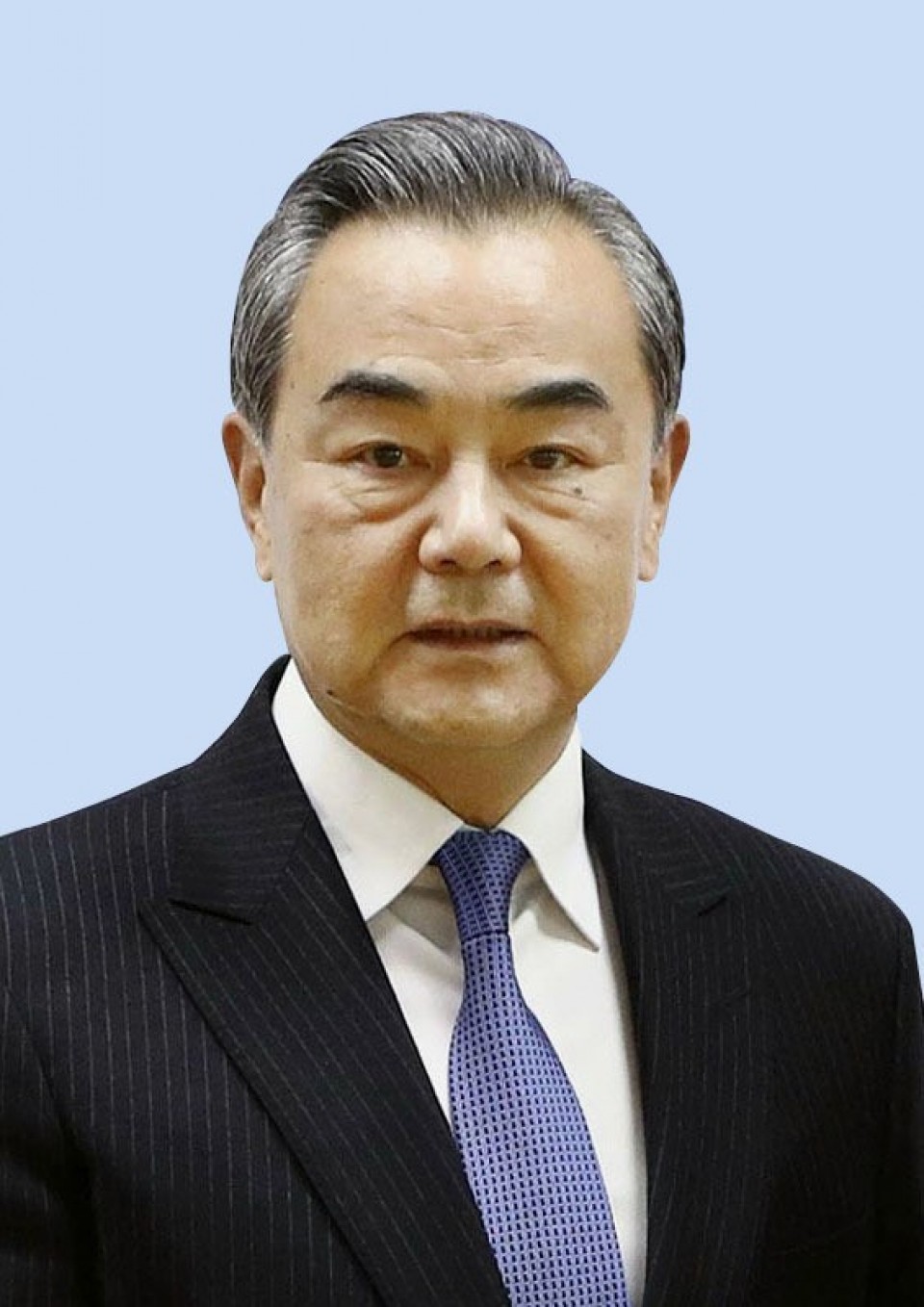 Li Qiang is ranked No. 2 in the standing committee, meaning he is likely to succeed Li Keqiang, 67, as China's new premier next spring. He was promoted despite coming under criticism earlier this year for overseeing a two-month coronavirus-precipitated lockdown of Shanghai, during which residents struggled to access food and medical care. 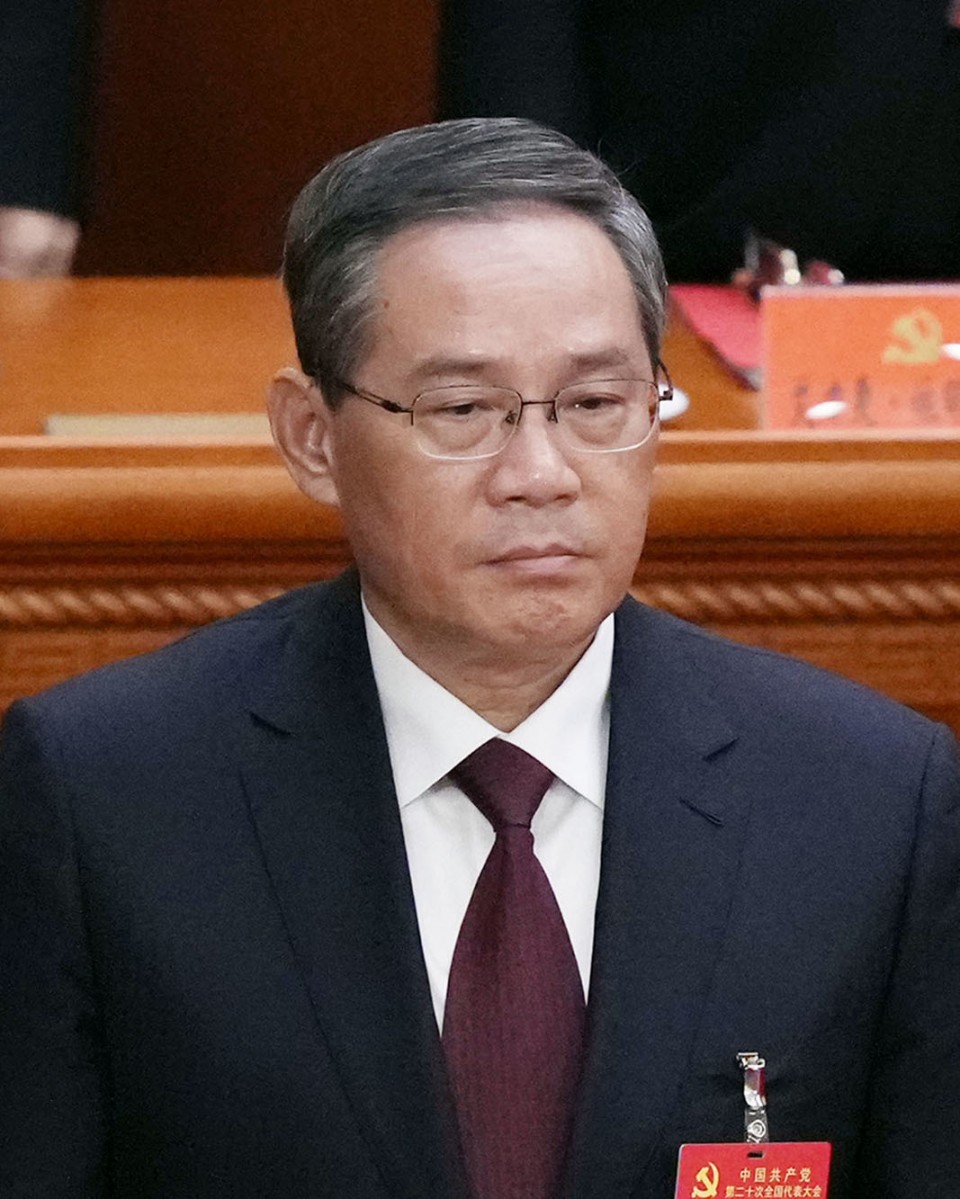 The top leaders were introduced to the media by Xi in a room inside the Great Hall of the People in Beijing, a day after the party further cemented Xi's power through an amendment to its supreme rule at the end of the congress, the country's most important political event.

The seven top decision-makers and the rest of the Politburo members were selected from among 205 members of the party's 20th Central Committee at its first plenary session on Sunday. The 205 had been chosen at the just-concluded congress.

Xi stressed in remarks to the media that the new leadership will strive to "embrace the great rejuvenation of the Chinese nation on all fronts through a Chinese path to modernization." 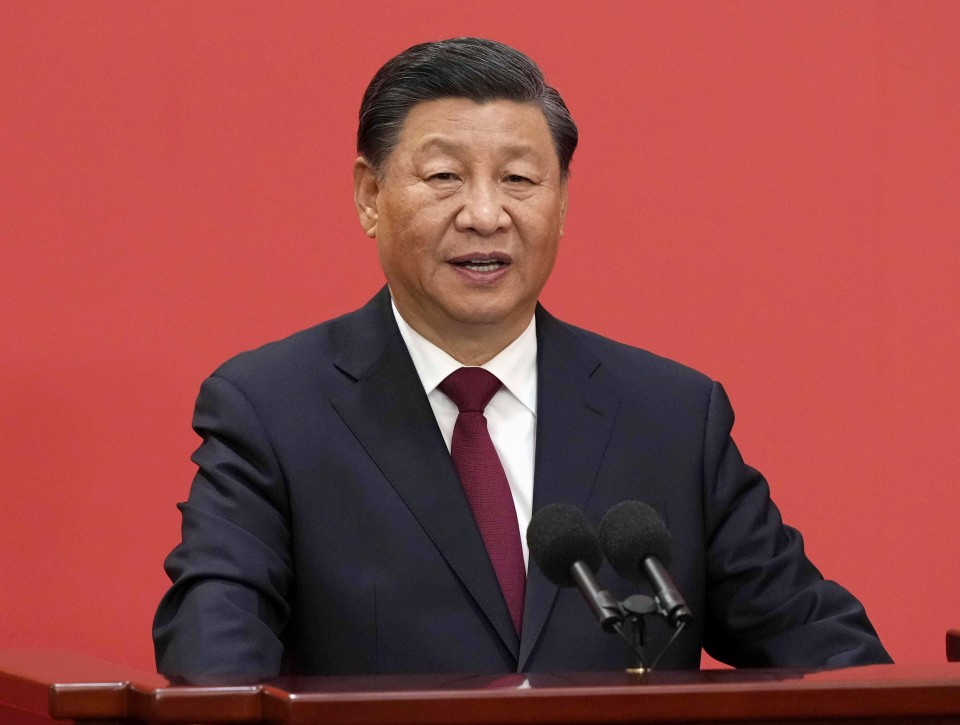 Chinese President Xi Jinping speaks at a press conference after the first general meeting of the Communist Party's Central Committee on Oct. 23, 2022, in Beijing. (Kyodo)

"We will not be daunted by high winds, choppy waters or even dangerous storms," Xi said. "We will always ride out the storms with our people and stay heart-to-heart with them. We will continue the hard work to turn their aspirations for a better life into a living reality."

The two retained officials are Zhao Leji, 65, who was promoted to the No. 3 post and is expected to become the top legislator next spring, and Wang Huning, 67, the country's chief ideological theorist.

Amid heightened cross-strait tensions following an August visit to Taiwan by U.S. House of Representatives Speaker Nancy Pelosi, the Communist Party newly selected He Weidong, 65, a former commander of the Chinese military's Eastern Theater Command, as a vice chairman of its Central Military Commission headed by Xi.

The Eastern Theater Command covers the self-ruled democratic island, which Beijing regards as its own.

Both the premier, in charge of steering the nation's economic policy, and Wang Yang have few ties with Xi and are close to former leader Hu Jintao, 79, who led the country between 2002 and 2012.

On Saturday, Hu was escorted out of the closing ceremony of the party congress in front of the media without any explanation for his exit, fueling speculation about the reasons.

The official Xinhua News Agency tweeted Saturday night that Hu "was not feeling well" during the session and was accompanied by his staff to a room next to the venue "for a rest." The former leader insisted on attending the ceremony "despite the fact that he has been taking time to recuperate recently," it said.

Li Zhanshu and Han had been expected to leave the leadership based on the party's unwritten but de facto retirement age of 68, which is not applied to Xi.

Vice Premier Hu Chunhua, 59, who is believed to be not very close to Xi and once deemed as a potential successor to Li Keqiang as premier, was demoted from the Politburo, whose membership decreased by one to 24 on Sunday. The elite body no longer has any women, with the only female member Vice Premier Sun Chunlan, 72, retiring.