Sixty-seven percent of people aged between 17 and 19 in Japan make power-saving efforts on a daily basis, apparently driven by Russia's war in Ukraine, according to a recent survey.

With the government asking businesses and households to cut electricity consumption from July to September to avoid a power crunch, respondents to the Nippon Foundation survey said they had reviewed their usage of air conditioning and lighting.

In the survey, 54.4 percent of the respondents said they were very or somewhat interested in Japan's energy policy, while 69.7 percent were aware of the country's low energy independence. 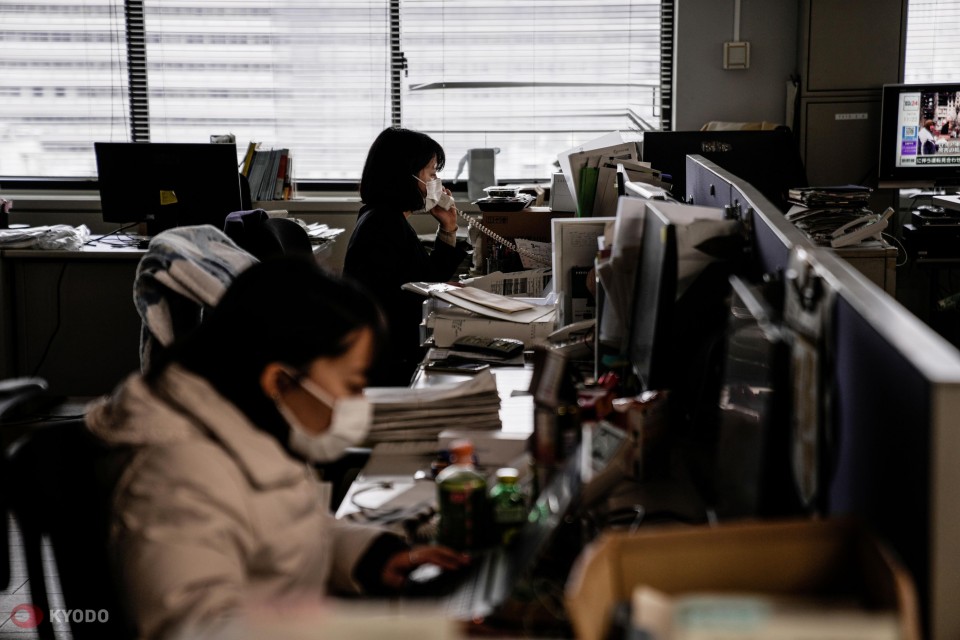 The interior of Japan's Economy, Trade and Industry Ministry building in Tokyo is dimly lit on March 22, 2022, as the ministry asks people in Tokyo and some other areas served by Tokyo Electric Power Company Holdings Inc. to save electricity amid tight energy supply. (Kyodo)

The government and some electricity suppliers offer a point system to reward households that implement energy-saving measures, but only 17.3 percent said they understood how the system works.

The country's electricity supply and demand balance has been tight since the 2011 disaster at the Fukushima Daiichi nuclear power plant, triggered by a massive earthquake and tsunami, led to the suspension of many reactors.

Public concern about a power crunch has grown amid the suspension of operations at several thermal plants earlier this year due to technical problems and fuel procurement difficulties due to the Ukraine crisis.

According to the survey, 43.6 percent of respondents supported the government's plan to increase nuclear energy utilization to 20 to 22 percent of the country's power mix by 2030, while 17.6 percent called for a higher proportion.

Regarding efforts to cut greenhouse gas emissions, 55.8 percent cited the introduction of renewable energy sources to power public transport as the most promising, followed by environmentally friendly city development at 55.1 percent, and forest management and urban greening at 55.0 percent.

The Tokyo-based foundation conducted the online survey covering a total of 1,000 people aged 17 to 19 across Japan from July 29 to Aug. 2.