Core consumer prices in Tokyo gained 3.4 percent in October from a year ago, marking the sharpest increase in over 40 years, government data showed Friday, in fresh evidence of a weaker yen magnifying the inflationary pressures caused by higher commodity prices.

The key index of consumer inflation for Tokyo excluding volatile fresh food rose for the 14th straight month, with the speed of its increase picking up from 2.8 percent in September. It has stayed above the Bank of Japan's 2 percent target for the past five months. 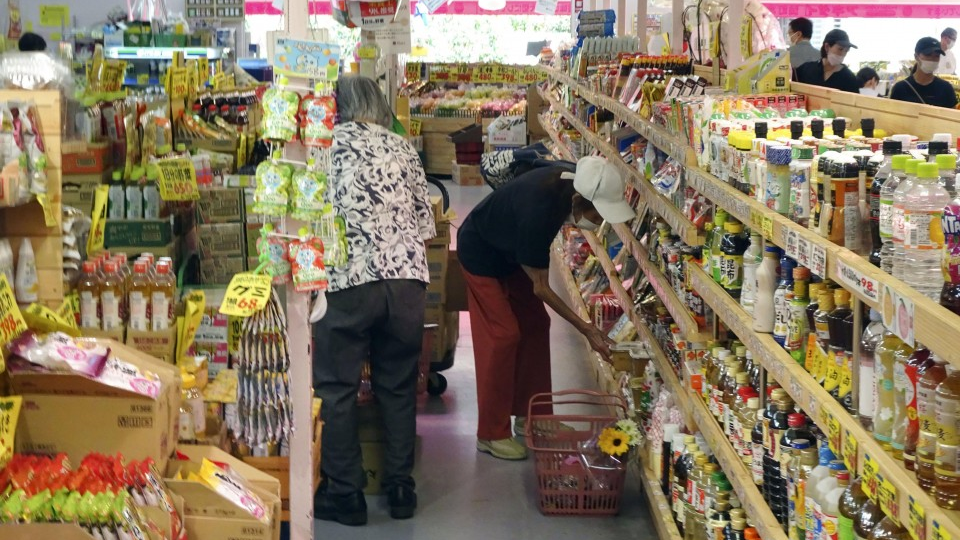 Tokyo's core CPI is an indicator of what to expect in the rest of the country. Economists forecast that the nationwide figure, which topped 3 percent in September, will rise further toward year-end, challenging the BOJ's efforts to stick to its ultralow rate policy.

Excluding the effects of multiple consumption tax hikes, the last time Tokyo's core CPI jumped 3.4 percent was in June 1982, according to the Ministry of Internal Affairs and Communications.

The data was announced while Japan is seeking to mitigate the negative impact of rising prices on households and businesses, with a fresh economic package that will include 29.1 trillion yen ($199 billion) in government spending.

The BOJ, however, will unlikely budge over the need to keep interest rates at extremely low levels to support the economy, based on the view that the recent pick-up in inflation should only be transitory, despite headline inflation temporarily hitting its 2 percent target.

Food prices in Tokyo jumped 5.9 percent, in a blow to consumers when wage growth remains tepid in Japan.

Energy prices also surged 24.2 percent, with electricity and city gas bills up over 26.9 percent and 29.3 percent, respectively. Gasoline and kerosene prices also rose but at a relatively slower pace, due to government subsidies given to wholesalers on condition of trying to mitigate higher costs for consumers. As Japan heads into the winter season however, energy demand is expected to rise further.