Shoichi Nakajima, 28, who lives with the developmental disorder ADHD, always knew he was different. But while his unique way of looking at things once led him to drop out of school, it also found expression in a talent for design that has now brought him commercial success.

Nakajima runs a small company making fashion accessories that he founded in his home prefecture of Kochi in western Japan. The firm takes its name from the prefecture, and since the name sounds the same as the way the U.S. fashion brand Coach is pronounced in Japanese, he has played with references to Coach items in his signature product, a wallet. 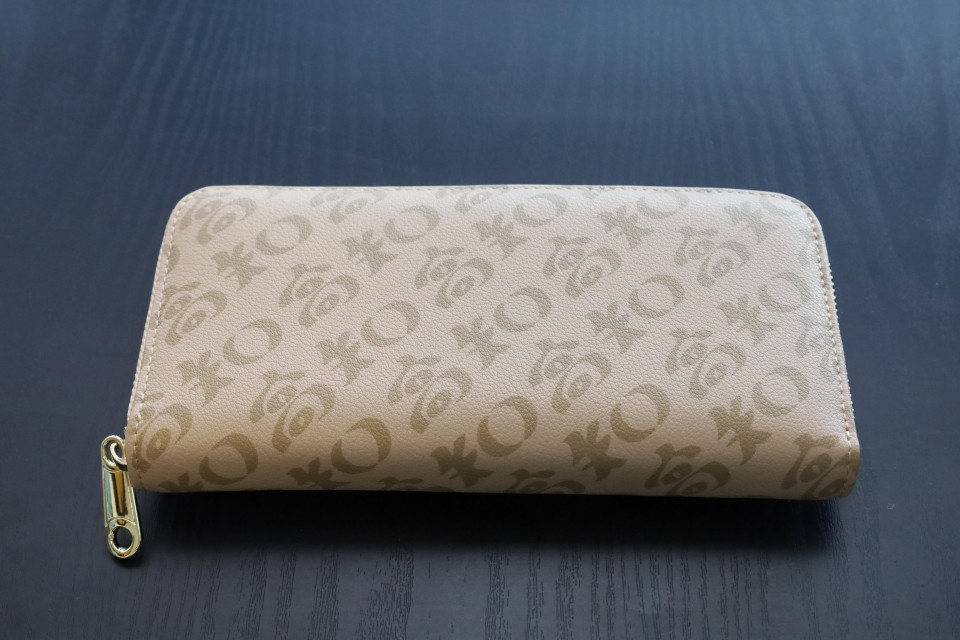 A "Kochi" pattern wallet designed by Shoichi Nakajima is shown in photo taken on Sept. 7, 2022, in Kochi, western Japan. (Kyodo)

His wallets' designs feature the two Chinese characters that make up the name "Kochi" but are stylized in a way that references the rounded look of some Coach products.

Coming in beige, white, black, and a yellow that Nakajima calls pomelo -- a large citrus fruit similar to a grapefruit -- they have been a big hit, with fans calling them "cute" and "amusing."

The way he has made his condition work for him is an inspirational story, one that he told Kyodo News in an interview.

"Ever since I was a child, I had a strange way of looking at things. I think people around me thought I was kind of weird," Nakajima recalled. 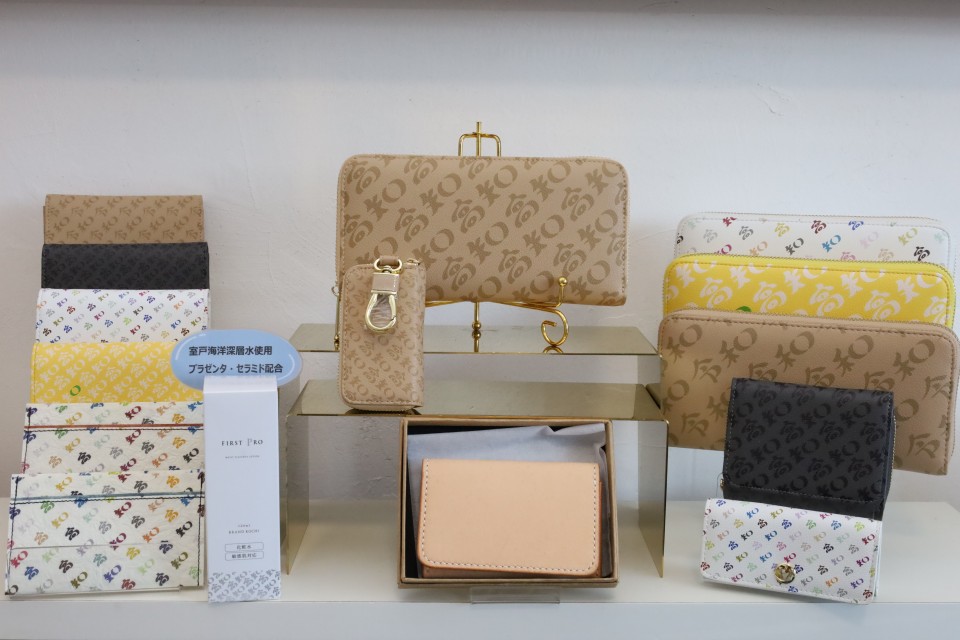 Born in Sendai, northeastern Japan, Nakajima changed schools often due to his father's job transfers. He went to elementary school in Kagoshima on the island of Kyushu before moving to Kochi when he entered junior high school.

But he was unable to focus in class during grade school. He would stack pens up into towers. When the other children went to change clothes for gym class, he would frequently forget to join them. He was never good at group activities.

The feeling, Nakajima said, was that "My mind went to a different place than everyone else." It wasn't that he didn't make efforts to fit in. But classmates looked at him strangely, and it became evident he was the odd one out. By the time he reached fifth or sixth grade, he had come to think that "maybe I'm an alien."

Nakajima was able to graduate from elementary school. But in middle school, one of his classmates became the target of malicious bullying, which was soon directed at him. He would get stomachaches when he'd go to school, and after a time, he says, he felt as if his body was rejecting being there entirely.

Despite this, he feared not going to school. It felt like his life would be over. So, he persevered. But by September 2008, his second year of middle school, Nakajima had reached his breaking point and stopped going to school altogether.

While away, he would spend time on his computer at home or care for the plants on his balcony, but always with a heavy heart. "I felt like I was in prison and would end up dying alone," he said. 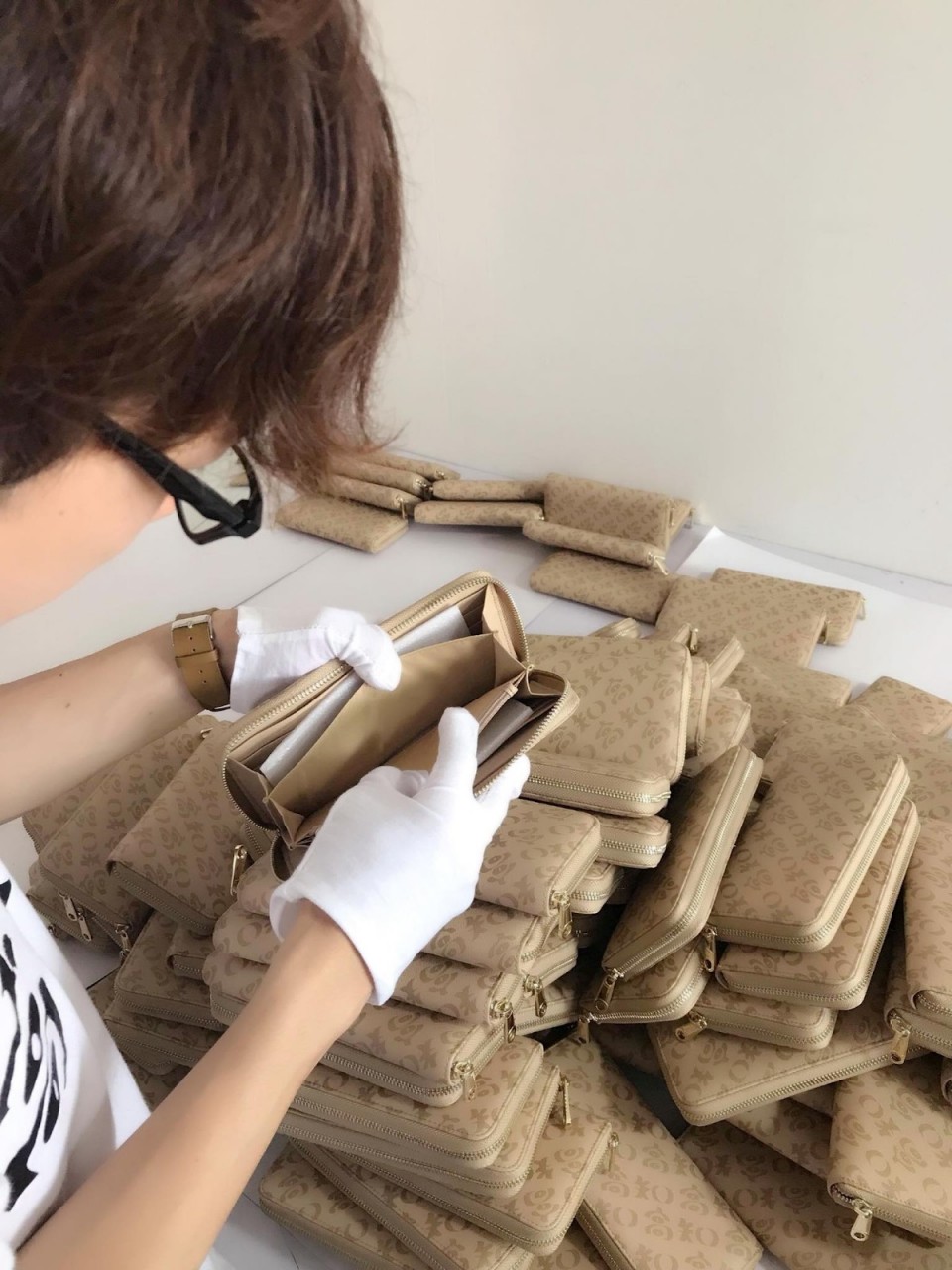 Not long after refusing to go to school, Nakajima's mother brought him to a doctor who diagnosed him with Attention-Deficit Hyperactivity/Disorder, or ADHD, classified as one of several developmental disorders.

According to the Kochi Prefecture Support Center for Developmental Disorders, ADHD is characterized by an inability to focus or stay still, with a tendency to act impulsively. Some people have trouble being punctual or are forgetful of their obligations.

The disability is thought to be caused by brain dysfunction, but the detailed mechanism is unknown. A 2012 survey by the education ministry estimated that 6.5 percent of all elementary and junior high school students in Japan who attend regular classes may have a developmental disorder.

Nakajima says he was relieved when he got the diagnosis. "After understanding my own characteristics, I decided to think about some 'self-measures'" to adapt to the condition.

After a while, his middle school homeroom teacher introduced him to Mirai, an educational support center at the Kochi City Educational Research Institute. It provides regular and home visit support, helping mainly elementary and junior high school students who refuse to attend school become socially independent. The children spend their time studying or playing together.

The support center aims to accept children "as they are" and create an environment where they "feel at ease." Nothing is forced. They are not scolded, even if they decide not to study, just read manga, or lie around. They are encouraged to do what they wish on their own initiative, with the goal of eventually returning to school or society.

Nakajima says his biggest surprise came from a teacher at the support center named Yutaka Konishi, who commended him for "getting as far as he had" despite his ADHD disorder. "You don't have to go to school. Thank you for coming here," Konishi said. It was the first time anyone had ever suggested not going to school was an option.

When he first started going to the center, he would spend time alone in the playground, building card towers, but before long, he had gotten to know the other kids. "All of us had stopped going to school, so we naturally became friends. I still have a deep connection with everybody there, like a family."

Nakajima says he encountered the words that would change his life at the support center's cultural festival, known as the "Research Institute Festival." Konishi advised him to draw the design for the festival sign. It is a composition of various characters clasping hands as they surround Earth and what Nakajima describes as "a turtle carrying a town on its back" while flying through space.

Konishi praised him for the "interesting" piece, adding, "You should become an artist." Surprised, Nakajima says he had no idea that being an artist could be a way of life.

But looking back, he recalled that in elementary school, he used to crush pumice stones from a volcano on Sakurajima lying around the schoolyard and use them as paint. In art class in middle school, while everyone drew on drawing paper with pencils, he was the only one to stick kneaded erasers to the sheets and call it "art."

"I began to think it was okay to express my strange ideas," he said.

After the advice from Konishi, Nakajima entered high school and joined the art club. He still struggled with group activities, but his ideas would spring forth into works of art. As he grew, he learned to make his developmental disorder work for him. 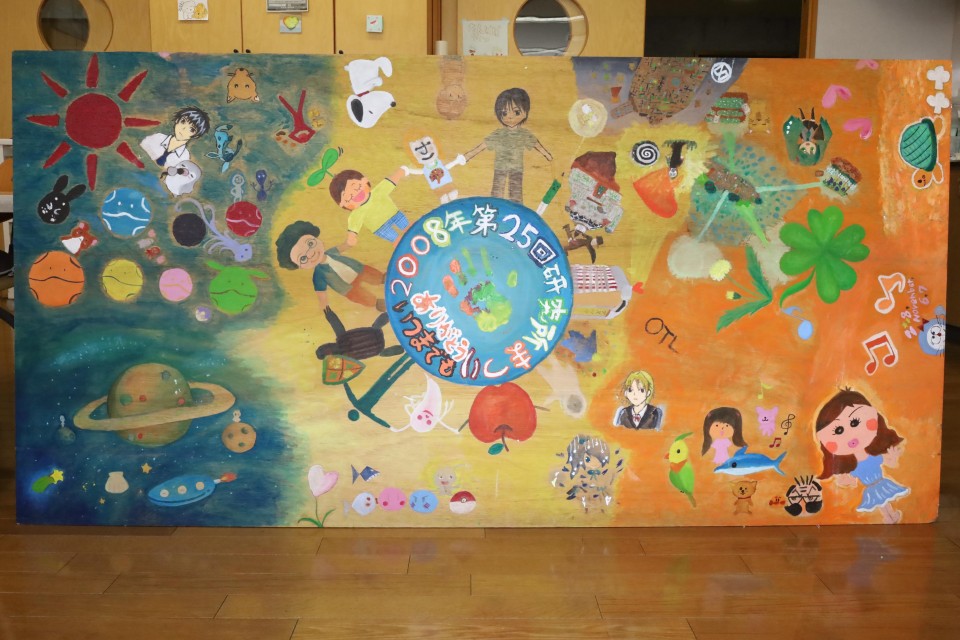 A picture drawn by Shoichi Nakajima at the "Research Institute Festival," which inspired him to pursue art, is shown in photo taken on Sept. 9, 2022. (Kyodo)