The drill, held at Yausubetsu Training Area in the northernmost main island's east, was part of ongoing joint exercises from Oct. 1 to 14 and involved about 150 Hokkaido-based Japanese ground force personnel and about 40 Marines from Okinawa. The training was open to media outlets. 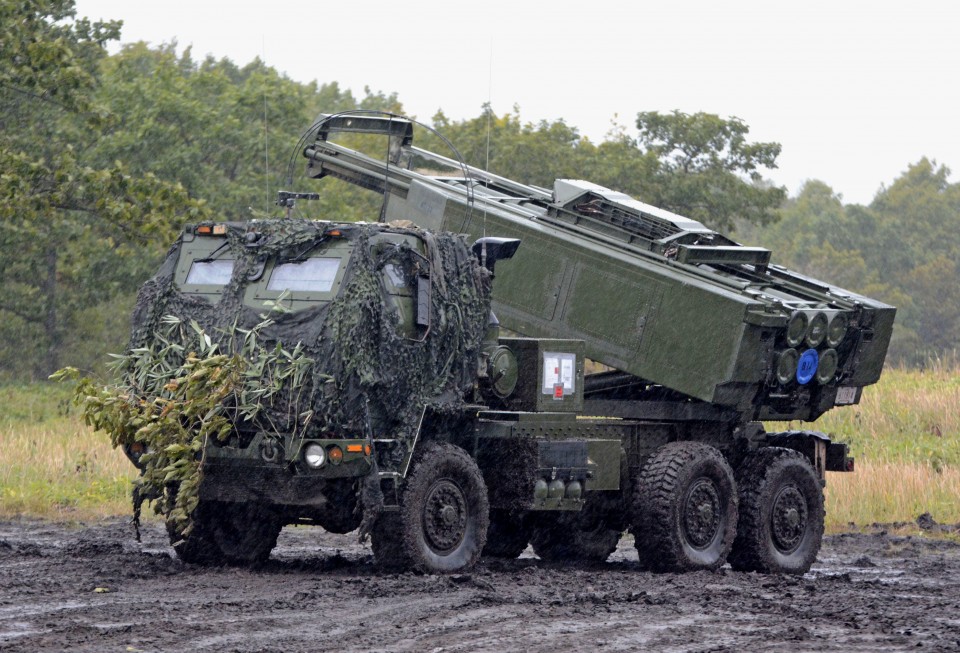 The Japanese and U.S. forces are working to enhance their deterrent and response capabilities amid heightened tensions surrounding Taiwan, which China claims as its own and has pledged to unify by force if necessary.

During Monday's drill, the Japanese and U.S. personnel checked coordination between their systems, with multiple launch rocket systems from the Japanese side firing a total of 24 rockets at a target about 13 kilometers away.

The ongoing joint exercises, held across Hokkaido, are supposed to draw roughly 2,100 GSDF personnel and about 1,400 Marines while involving six MV-22 Osprey tilt-rotor aircraft of the Marines and two similar aircraft of the U.S. Air Force.