The Golden State Warriors' recent visit to Japan was a valuable bonding opportunity for the reigning NBA champions, according to head coach Steve Kerr, who hopes Japanese basketball will also reap the benefits of the whirlwind tour.

Speaking after the Warriors finished sweeping the Washington Wizards in a two-game preseason exhibition series on Sunday, Kerr said the 2022 NBA Japan Games had been "an extremely important trip and an impactful trip." 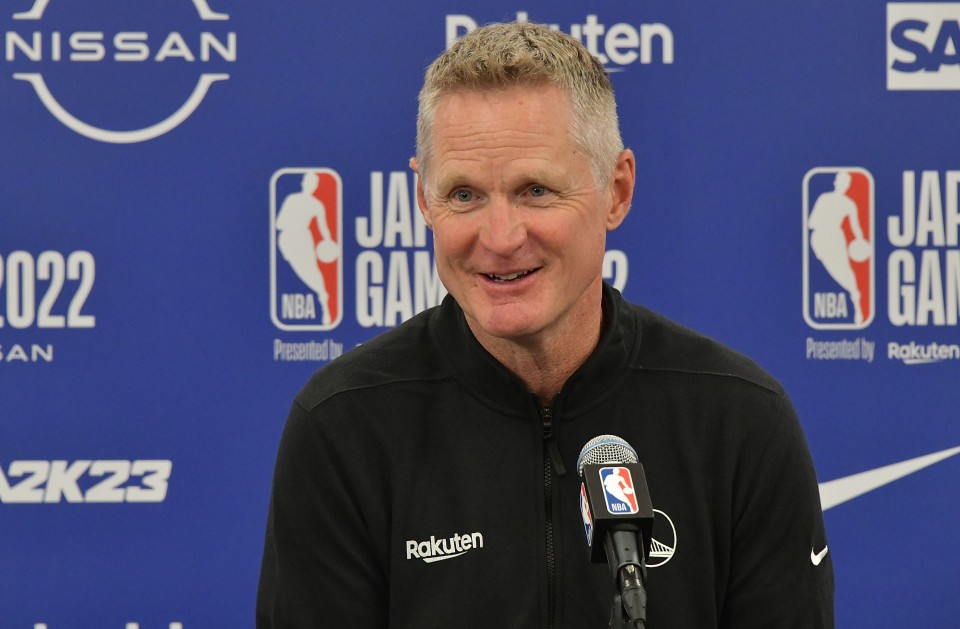 The friendlies between one of the league's marquee franchises and a Washington side featuring rising Japanese forward Rui Hachimura were both played in front of boisterous sellout crowds at Saitama Super Arena near Tokyo. Both teams also went sightseeing around Tokyo and met with fans as part of a packed schedule.

"The guys had a great time together...really interacting with the fans, (eating) some great meals, just experiencing a beautiful culture," Kerr said. "It's something that gets us off to a good start to the season."

Hachimura and Brooklyn Nets forward Yuta Watanabe are the only Japanese players currently signed to NBA squads, but Kerr hopes his team's recent visit will lead to a bigger Japanese presence in the world's premier basketball league.

"It's been fun to watch the Japanese players enter the league and have success, and I'm hoping we have more and more," Kerr said.

"And part of the reason that we have a trip like this is to bring the game to the young kids in Japan, and hope they really play and develop, and we'd love nothing more than in a few years to see 10 Japanese players in the league instead of two or three."

The Warriors were buoyed by strong performances by some of their younger players in the two exhibition games, including rookie forward Patrick Baldwin Jr. and center James Wiseman, who missed all of last year due to a meniscus injury.

The winner of five NBA championship rings as a player and four as coach of the Warriors, Kerr said the mentorship provided to the youngsters by veterans such as two-time MVP Stephen Curry and backcourt partner Klay Thompson was crucial.

"I think the communication between our vets and our younger guys is a product of the character of our older players. They're great people," Kerr said. "They really want to mentor the younger players, they want to give them every chance to succeed in the NBA."