Chinese leader Xi Jinping secured Saturday an unprecedented third five-year term as general secretary, with the ruling Communist Party further cementing his unswerving power and authority through an amendment to the party constitution.

With the revision to the supreme rule made at the closing ceremony of its twice-a-decade congress, all Communist Party members are obliged to be loyal to the 69-year-old leader, already the country's most powerful figure in decades, and protect his prominent status. 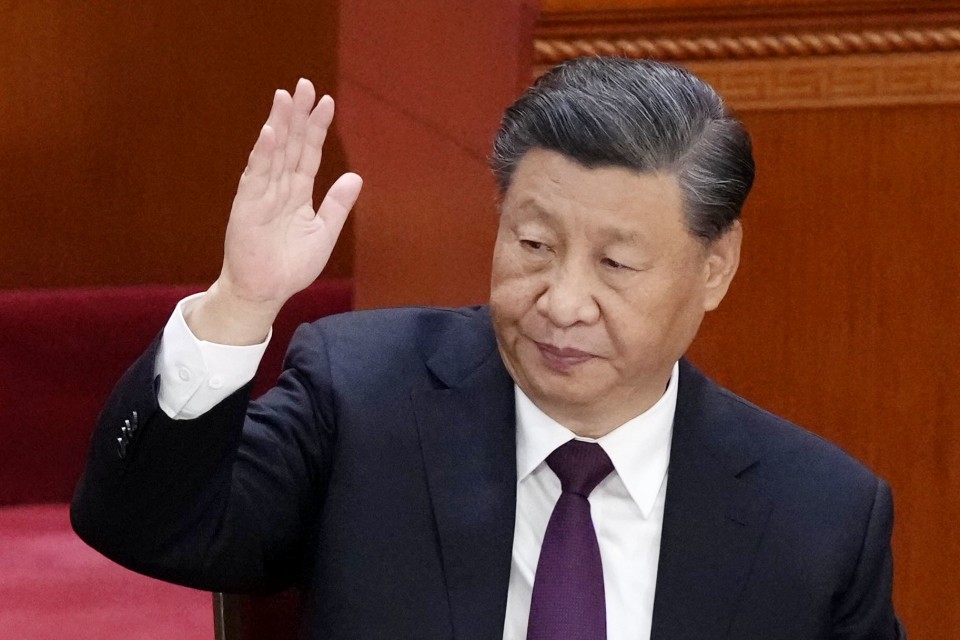 Chinese President Xi Jinping raises his hand at the closing ceremony of the 20th National Congress of the Chinese Communist Party at the Great Hall of the People in Beijing on Oct. 22, 2022. (Kyodo)

Premier Li Keqiang, 67, who is set to retire next spring, and Wang Yang, 67, head of the Chinese People's Political Consultative Conference, stepped down as members of the party's highest decision-making body -- the Politburo Standing Committee.

Both the premier in charge of steering the nation's economic policy and Wang have fewer ties with Xi and are close to former leader Hu Jintao, 79, who led the country between 2002 and 2012.

Hu was escorted out of the closing ceremony without any explanation for his exit, fueling speculation about the reasons. Hu exchanged words with Xi, who sat next to him, and patted Li's shoulder as he left.

About 2,300 delegates participating in the weeklong congress at the Great Hall of the People in central Beijing also approved a change to the party constitution to include a statement on "resolutely opposing and deterring separatists seeking 'Taiwan independence.'"

In his opening speech to the congress last Sunday, Xi underlined Beijing's resolve to reunify with Taiwan and promised never to renounce the possibility of using force to achieve that goal.

China and Taiwan have been separately governed since they split in 1949 due to a civil war. Beijing strongly reacted to a visit to the island in August by U.S. House of Representatives Speaker Nancy Pelosi by staging large-scale military drills, raising cross-strait tensions.

The revised party constitution established Xi's "core position" on the Central Committee and the "guiding role" of his thought, urging all party members to "more conscientiously uphold" the leader's status.

The previous congress in 2017 enshrined in the party constitution "Xi Jinping Thought on Socialism with Chinese Characteristics for a New Era," making his status comparable to Communist-led China's founding father, Mao Zedong, and Deng Xiaoping, the architect of the country's reform efforts.

The delegates, chosen from more than 96.7 million members of the ruling party, elected 205 members of a new Central Committee, who will lead the party for the next five years.

Xi said in his address to the closing session the revised party constitution "sets out clear requirements for upholding and strengthening the Party's overall leadership" and urged all members to "stay closely rallied around the Central Committee" and "have the courage to fight and the mettle to win."

The outcomes of the key party congress "will play a significant role in guiding and underpinning our efforts to build a modern socialist country in all respects, advance national rejuvenation on all fronts, and secure new victories for socialism with Chinese characteristics," Xi said.

The composition of the Politburo Standing Committee, which now has seven members, will be unveiled Sunday. The top echelon will undergo a major reshuffle with four officials retiring.

The retiring members other than Li Keqiang and Wang are top legislator Li Zhanshu, 72, and Vice Premier Han Zheng, 68. The two had been expected to leave the leadership based on the party's unwritten but de facto retirement age of 68, which is not applied to Xi.

Shanghai party chief Li Qiang, 63, could join the nation's top leadership, according to several Chinese sources familiar with the matter, with Hong Kong media speculating he could be a potential candidate to succeed the premier. 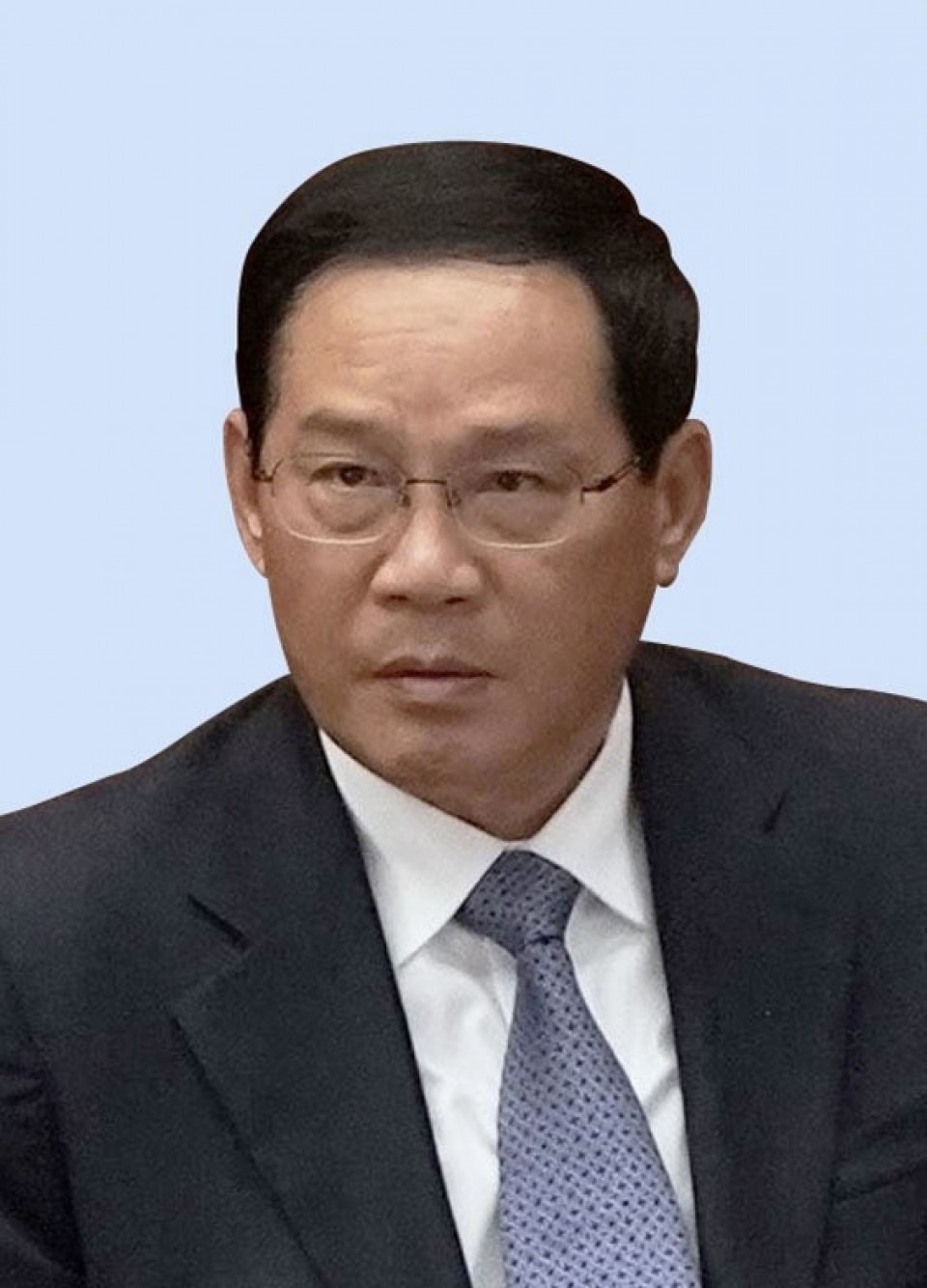 The new lineup could include Xi loyalists Ding Xuexiang, 60, who heads the general office of the party's Central Committee, Chen Min'er, 62, party secretary of the southwestern city of Chongqing, and Li Xi, 66, party secretary of Guangdong Province in the country's south, the sources said.

Li Xi is expected to assume the top post of the Central Commission for Discipline Inspection, according to its membership list released Saturday.

State Councilor and Foreign Minister Wang Yi, 69, remained as a Central Committee member, raising the possibility that he could be promoted to the wider Politburo, which now has 25 officials, and succeed China's foreign policy chief Yang Jiechi, 72.

China's governing system is divided between the party and the state, but it is the party that holds the ultimate authority.

Xi, who became the party's general secretary in 2012, also serves as president and chairman of its Central Military Commission, which oversees the People's Liberation Army.