Yu Darvish gave up two solo home runs and took the loss Tuesday as the San Diego Padres fell 2-0 to the Philadelphia Phillies in Game 1 of the National League Championship Series.

Darvish let Bryce Harper go deep in the fourth inning and Kyle Schwarber in the sixth during his 95-pitch effort at Petco Park, allowing three hits and a walk while striking out seven over seven innings. 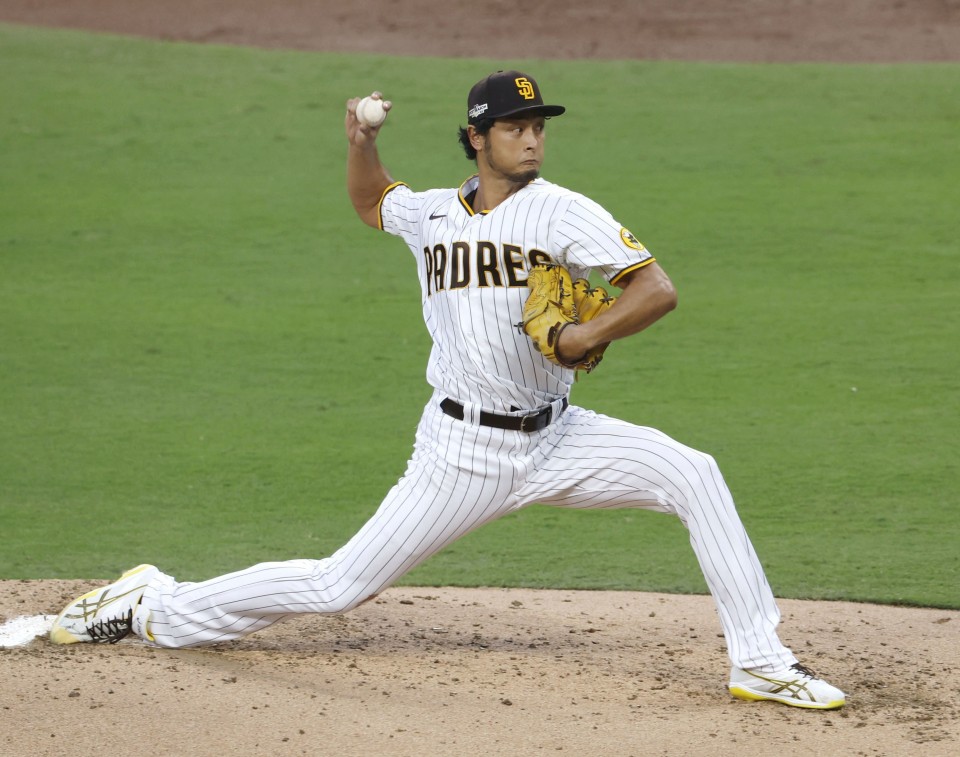 Yu Darvish of the San Diego Padres pitches in Game 1 of the National League Championship Series against the Philadelphia Phillies at Petco Park in San Diego, California, on Oct. 18, 2022. (Kyodo) ==Kyodo

"I gave up a perfect homer to Schwarber when the opposition pitcher was pitching well. Everyone's mentality would have been different had it remained 1-0," Darvish said. "The team's mood sank a bit."

"That's probably as good a pitching performance as we've seen all year," said Padres manager Bob Melvin, who was asked about Darvish. "Same thing, kind of.... Those are the kind of games that give you a chance to win but we just didn't get it done offensively."

Darvish had held the Phillies to three runs over 13 innings in two regular-season games, and also came into the game on the back of two postseason wins.

The 36-year-old Japanese right-hander had a patchy start on the day, walking Phillies leadoff man Schwarber and letting him reach third with two outs in the first before second baseman Jake Cronenworth denied Harper an RBI single with a fine piece of fielding.

But Harper, who did not play in Darvish's two regular-season starts against the Phillies this year, slugged a 1-0 fastball to the opposite field and over the left-field wall in his second trip to the plate for the opening run.

Schwarber, who led the NL with 46 home runs but just had one in six postseason games, blasted Darvish's first-pitch cutter into the second deck in right field for his second hit on the night.

"I thought Darvish was really good, and we couldn't get much going," Phillies manager Rob Thomson said. "Then Harper, three straight games with a home run, and Schwarber's ball was just completely flush. And with the great pitching we had tonight, that was all we needed."

Wil Myers' fifth-inning single was the only hit for the Padres. The home team had two runners on with one out in the ninth following a fielder's choice, but Jose Alvarado held on to earn the save.

Melvin said his team did not need an inspirational speech from him after the loss.

"They don't need a message," Melvin said. "They know we need to take at least one of these at home. I know it's a seven-game series...but we need to come out and swing the bats a little better."

Darvish said he was willing to step up to help salvage the Padres situation on short rest if needed.

"I'm already 36, and I'm ready to retire whenever my body gives up. I want to be ready for the sake of the team," he said.