Takefusa Kubo notched a goal and an assist to spur Real Sociedad to a dramatic 5-3 win over Girona in the Spanish top flight on Sunday.

The 21-year-old sparkplug set up the opening goal and eventually put the match beyond doubt with a late strike following multiple lead changes at Girona's Estadi Montilivi. 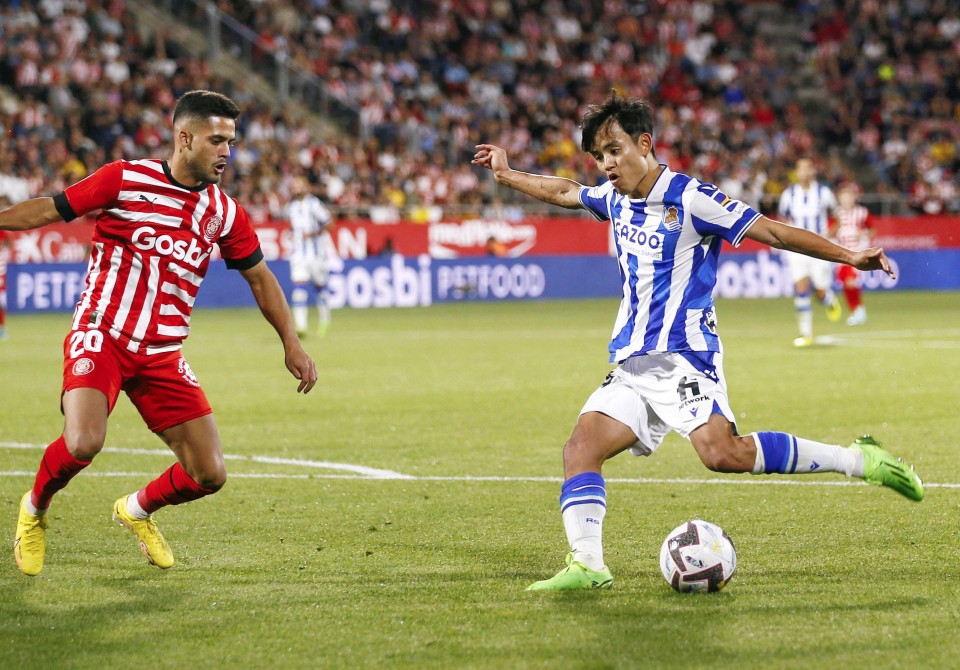 Real Sociedad's Japanese forward Takefusa Kubo (R) drills a left-footed shot into the net for his team's fifth goal against Girona in an eight-goal thriller at Estadi Montilivi stadium in Girona, Spain on Oct. 2, 2022. (Kyodo) ==Kyodo

Norwegian forward Alexander Sorloth bagged a brace for Sociedad, with the first coming on a tap-in from Kubo's cross for a 1-0 lead in the eighth minute.

The teams traded goals and the lead until Martin Zubimendi put the visitors ahead for good at 4-3 in the 71st minute.

Kubo sealed the victory with five minutes left to play, dancing past a defender at the left of the area and sending a tightly angled shot in off the opposite post.

The Japan attacker has netted twice for Sociedad this season and registered assists in his last three games across all competitions.

"I don't think I've changed what I've been doing since last season, but this Real Sociedad team is helping me be a good player," said the former Real Madrid signee, who made a full transfer to Sociedad this summer following his latest loan spell with Mallorca.

In the French top division, Samurai Blue winger Junya Ito had a goal, an assist and a red card in a rollercoaster performance for Reims, who drew 2-2 away to Troyes.

Ito created Folarin Balogun's 13th-minute opener, beating his man down the right and sending a cross for the England under-21 forward to tap in.

After Troyes equalized early in the second half, Ito quickly restored Reims' lead in the 54th minute, slamming home his third goal of the season from close range following a weak attempt to clear a corner.

He was shown a straight red just a minute later for a rash challenge on Ecuadorian defender Jackson Porozo, who went on to equalize in the 90th minute as the hosts pressed home their man advantage.

In the Belgian top flight, Ryota Morioka scored his third goal of the season while leading Charleroi to a 1-0 win away to Anderlecht. 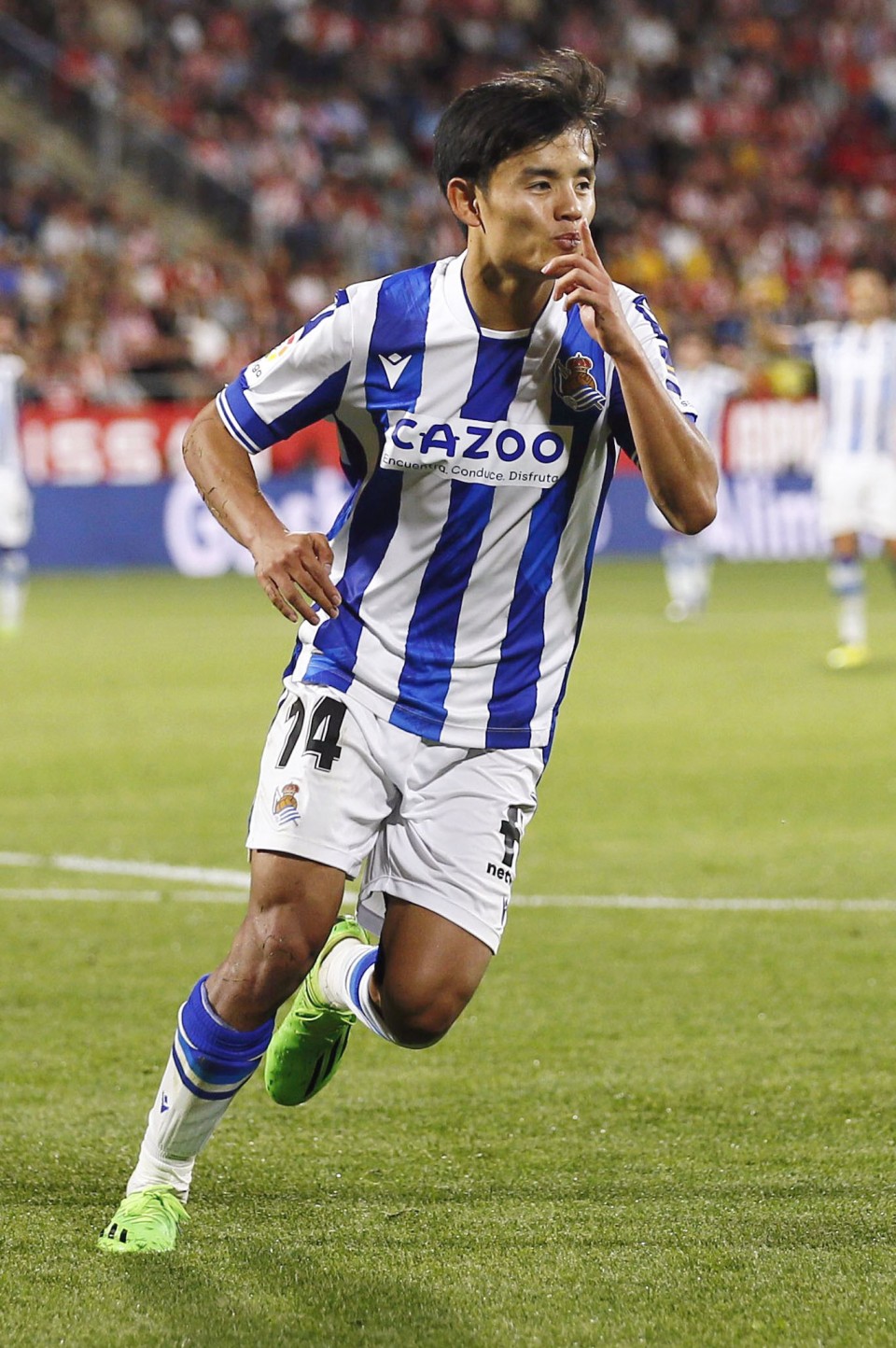