Tokyo's Shibuya on high alert for return of Halloween crowds

Tokyo's famous Shibuya district is bracing for the return of large crowds of Halloween partygoers this weekend following the removal of coronavirus restrictions and Japan fully reopening its borders to independent foreign tourists.

The district, known for its iconic scramble crossing, is on high alert for a possible return of vandalism and drunken behavior seen in previous years, and is setting up signs around JR Shibuya Station forbidding the consumption of alcohol on the street and asking revelers to follow the rules. 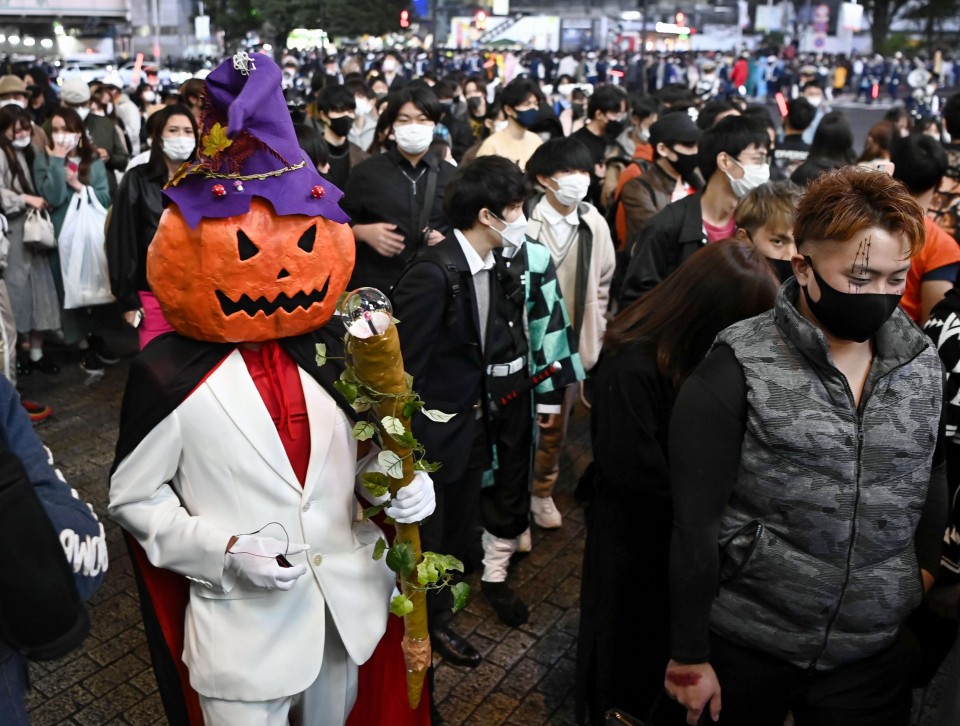 "There will undoubtedly be an increase of people this year. Young people tired of having restrained themselves will let loose," said Toshiyuki Ono, 81, who heads a Shibuya store owners' association.

Although the local government and association asked revelers in recent years to behave themselves, instances of theft and violence have continued, with a number of people arrested in 2019 for offenses such as theft and groping.

But some business owners tolerate the crowds, including 42-year-old Hideyuki Fukuda who runs an izakaya Japanese pub in the district.

"I have a lot of regular customers, so it will be business as usual," Fukuda said. "Every year it gets rowdy outside, but I think it's fine because it's Shibuya."

Meanwhile, a 21-year-old female university student said she was hesitant to go out, citing an incident on Halloween night last year where a man dressed as Batman villain the Joker attacked people with a knife on a Tokyo train, leaving 17 people injured.

"I'm scared because I do not know what will happen this year, so I want to spend time quietly at home," she said.

With Halloween taking root in Japan, instances of trouble have increased in recent years. In 2018 a group of people were arrested for allegedly overturning a small truck, prompting Shibuya Ward to enact an ordinance the following year to ban drinking in certain areas during events such as Halloween.

The Tokyo Metropolitan Police Department will strengthen security around Shibuya Station by imposing traffic and crowd control measures and deploying a large number of uniformed personnel to prevent illegal activities.

"The ward is not officially holding a Halloween event," said the ward's Mayor Ken Hasebe at a press conference last week. But he added it was difficult to tell people not to come to Shibuya, as the infection situation has improved.

The ward has requested shops around Shibuya Station to refrain from selling alcoholic beverages on Saturday and Monday, when crowds are expected to be particularly large.