An earthquake with a preliminary magnitude of 5.0 struck northeastern Japan, including Fukushima Prefecture, on Friday afternoon, the weather agency said, though no tsunami warning was issued and no damage was reported.

The quake occurred at around 3:19 p.m. off Fukushima and registered a lower 5 on the Japanese seismic intensity scale of 7 in Naraha, a town in the prefecture's coastal area, the Japan Meteorological Agency said. 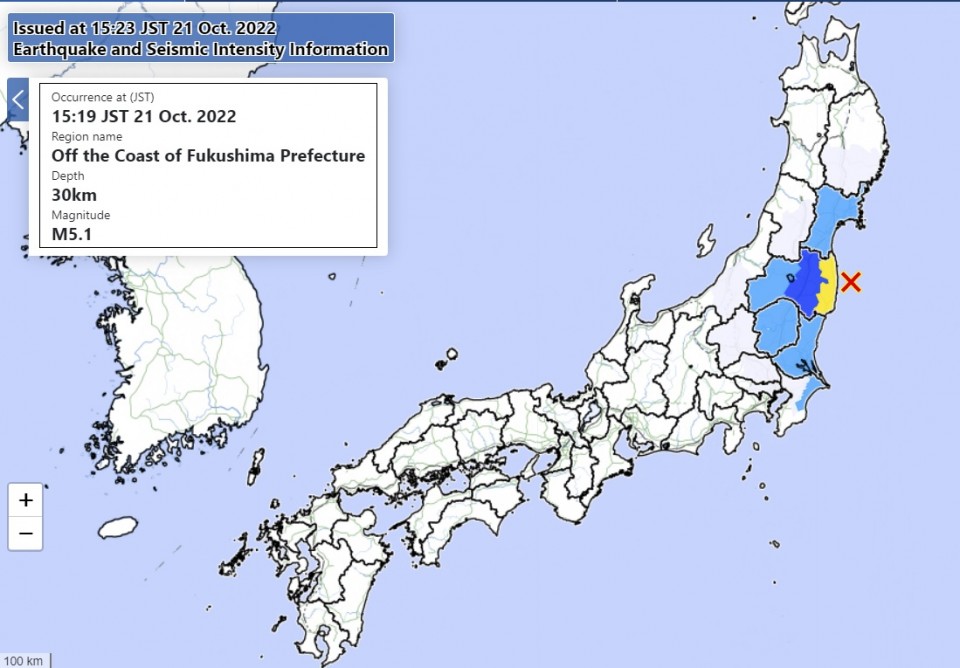 No new abnormalities were found following the quake at the crippled Fukushima Daiichi and nearby Daini nuclear power plants, which are set to be decommissioned in the aftermath of the 2011 killer quake and tsunami, according to the nuclear regulator. Naraha hosts the Daini power station.

An area fire department said it had received no reports of injuries or damage.

The quake's focus was in the Pacific at a depth of about 29 kilometers.

Elsewhere in the prefecture, the quake registered 3 in the coastal city of Iwaki and 2 in the inland Aizu region. The quake was also felt in parts of the surrounding prefectures of Ibaraki, Tochigi and Miyagi, as well as in Chiba Prefecture.

Tsunami could kill 149,000 in Hokkaido in worst-case quake scenario