As the protests in Iran continue to draw the international spotlight, a film from the country featured in this year's Tokyo film festival presents a glimpse into the twists and turns of power.

"World War III," one of two Iranian films screening at the 35th Tokyo International Film Festival held through Nov. 2, tells the story of a day laborer who is roped into playing the role of Hitler in a film about the atrocities committed by the Nazi dictator. 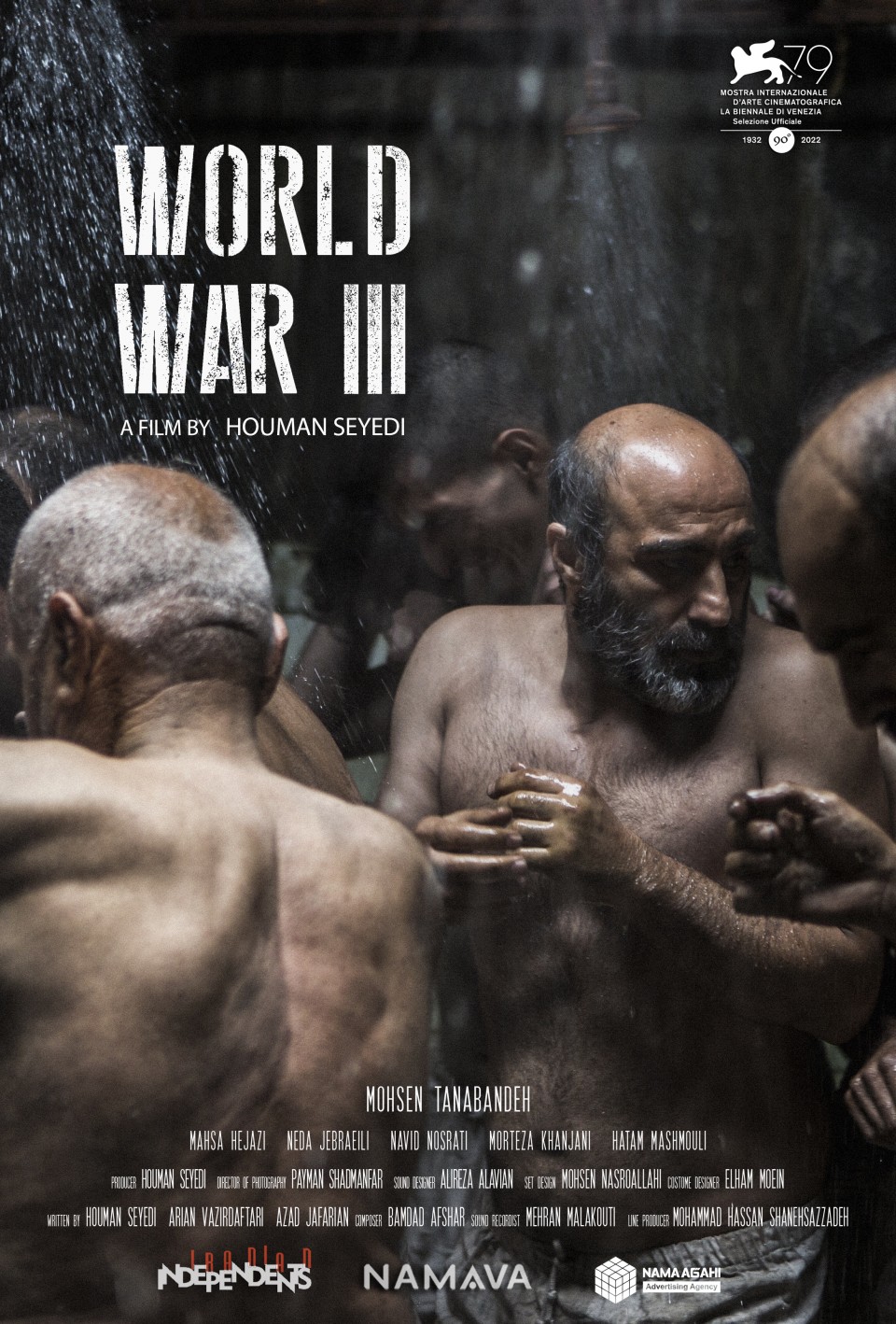 When the man's lover, a deaf sex worker, seeks his help, he chooses to secretly shelter her on the set. The decision lays the stage for a tragedy to unfold as the man, pushed to the brink, comes to imitate the tyrannical behavior of others despite his former low status in life.

Director Houman Seyedi said his film, a dark comedy that is part moral fable, is "a modern take" on man's addiction to power.

"We are living among many dictatorships...it's just changed its shape and form as men are still sticking to power and do not wish to leave it at all," the 41-year-old said.

"World War III" has received much acclaim since its premiere at this year's Venice Film Festival, winning the "Horizons" competition section prizes for Best Film and Best Actor.

It was also unanimously selected by the Farabi Cinema Foundation to officially represent Iran cinema at the 2023 Academy Awards in Los Angeles.

The nomination by the Iranian organization tasked with promoting the country's films comes as the government in Tehran faces protests and civil unrest triggered by the death of a woman while in police custody.

Since Mahsa Amini, a 22-year-old Iranian Kurd, died on Sept. 16 after being detained in Tehran by the morality police for allegedly not covering her hair properly, at least 234 people, including 29 children, had been killed in the violent crackdowns on protesters as of Oct. 25, according to the Iran Human Rights group based in Norway.

In Japan, Iranians living in the country have taken to the streets to show solidarity with the protests.

On Oct. 16, around 250 Iranians and supporters gathered in front of the National Diet Building in Tokyo, with demonstrators taking turns to lead the crowd in shouts of "Women, Life, Freedom" in Farsi and Japanese, along with anti-government slogans. 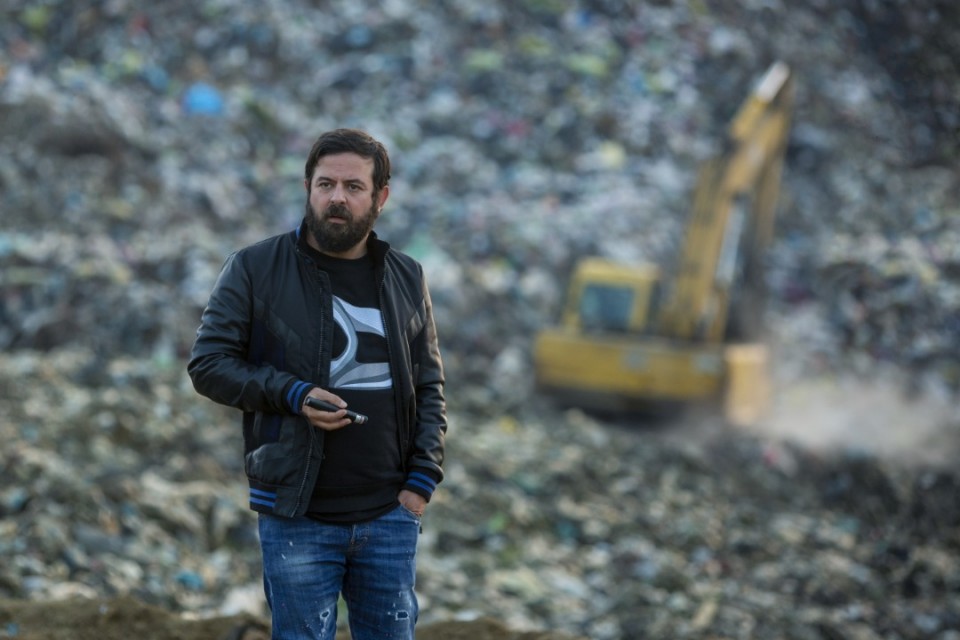 Seyedi, who has voiced support for greater women's rights, said that large swathes of the male population now hold similar views, "avoiding the rotten and old-fashioned thoughts on women."

In a symbolic gesture, he has posted a photo of himself and former Iranian president Hassan Rouhani on his official Instagram account with himself crossed out in red ink.

"We all had a role in the patriarchy and I myself feel a responsibility to accompany and join the women, especially the women of my country and their demands," Seyedi said.

While Seyedi says his film is not specifically feminist, he argues that films must engage with their societies and the challenges they face.

"Movies are not supposed to be merely entertaining but should be thought-provoking and reflect its society too," he said.

For Seyedi, cinema is a valuable tool for impacting people and society. He hopes films can act "like a serum which gradually works" to change public beliefs by introducing new thinking.

"Now is the time that all men should be awakened and they are indeed," he said. 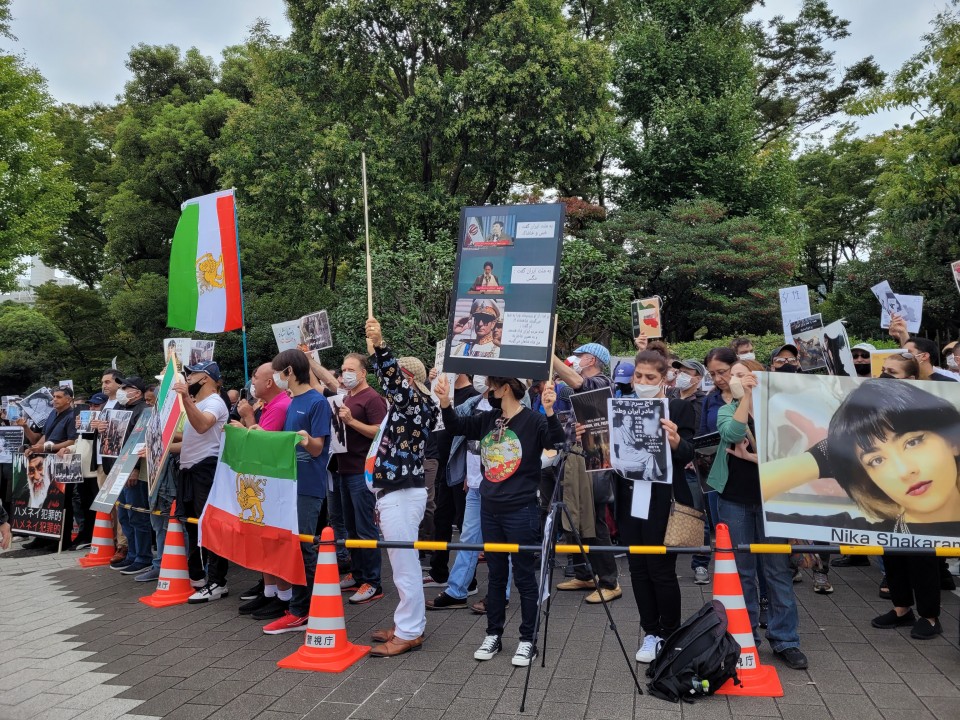 Iranians and supporters hold a demonstration in front of the National Diet Building in Tokyo on Oct. 16, 2022. (Kyodo)