The 36-year-old, the 2018 Pyeongchang Olympic 500-meter champion, clocked 37.49 seconds at the M-Wave ice arena in Nagano that was packed with a home crowd of 6,085 eager to witness her last hurrah and her 13th career national 500 title. 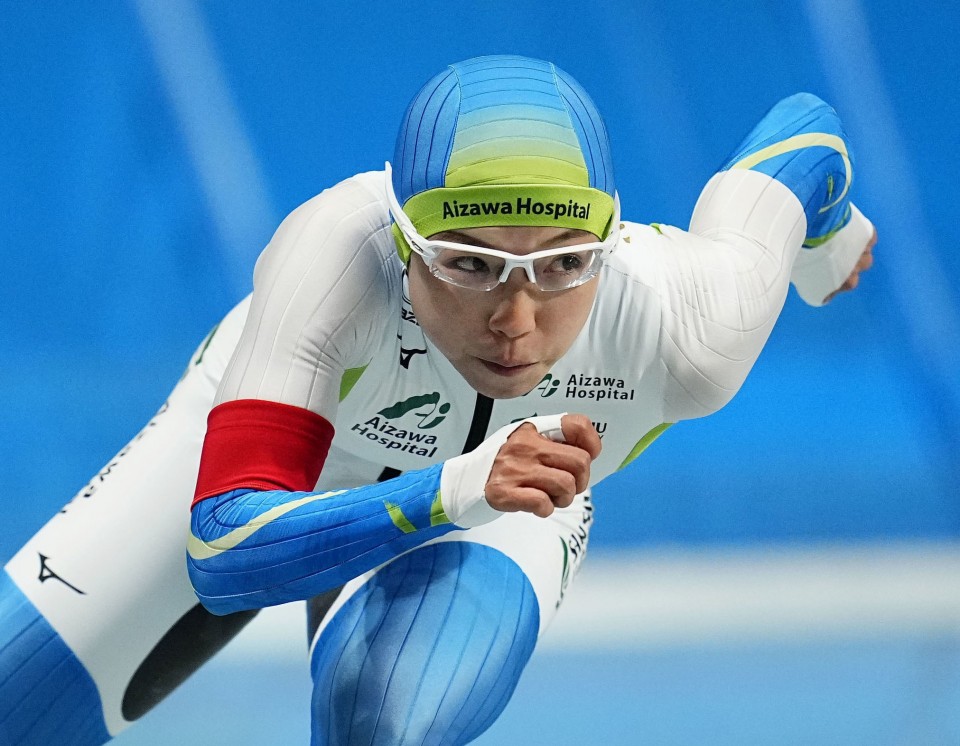 In a surprising display for someone about to retire from competition, Kodaira showed great cornering ability as well as tenacity in the final stretch to better her time from last season's opening event.

"I'm filled with joy to have skated at the end (of my career) on the stage I've dreamed of," said Kodaira, referring to the 1998 Nagano Olympics venue. "It was a happy moment, and no others can take its place."

"I'd have started crying if I looked at everyone's faces. I just concentrated on the ice in front of me. I could be there as Nao Kodaira, the athlete, for the last time."

Kodaira appeared in four straight Winter Olympics, mainly in sprints, starting with the 2010 games in Vancouver where she won silver in team pursuit. In Pyeongchang, she captained Japan's delegation and also won silver in the 1,000.

She announced her intention to retire in April, but has been training vigorously solely for this last race -- to a level where coach Masahiro Yuki said there would be "no drop off" in performance.

In her final race, Kodaira pipped Miho Takagi (38.18), the 1,000 gold medalist at this year's Beijing Olympics where she won four medals in total.

"I've learned what a great athlete she is the hard way. I hope to get as close to her as I can," said Takagi after finishing runner-up to her great rival.

Kodaira said, "I believe I could not have brought out my best without the presence of my rivals."

"For me, I value this race more than those in which I competed for Olympic medals or world records. I could express myself completely. I really enjoyed it."

Kodaira, who bought some 1,000 apples from a local farm hit by a 2019 typhoon and handed them out to the crowd, recalled a career that started at age 3 as she gave thanks for the support she has received from her family and community ever since.

"It really is a joy to be able to leave the rink feeling the warmth from everyone," she said as tears flowed.