Myanmar's military government will not attend the summit or other related meetings of the Association of Southeast Asian Nations to be held in Cambodia next month, diplomatic sources said Wednesday.

The Cambodian government requested Myanmar, which has been under military rule since February 2021, to send non-political representatives to the biannual summit, but the country replied that it will not send anyone to the event, the sources said. 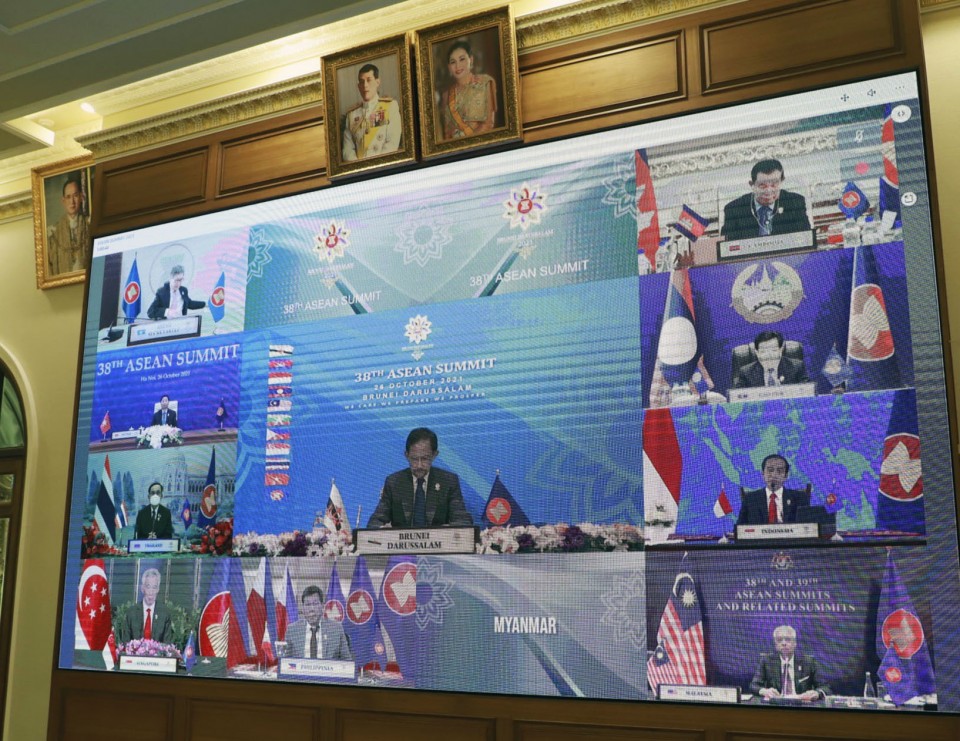 An online summit meeting of the Association of Southeast Asian Nations is held on Oct. 26, 2021, without a representative from Myanmar. (Photo courtesy of the Thai prime minister's office)(Kyodo)

The ASEAN special envoy to Myanmar, Cambodia's Deputy Prime Minister and Foreign Minister Prak Sokhonn, has said it would be difficult for ASEAN to invite Myanmar to the regional group's key meetings without progress in implementing the member states' consensus such as ending violence against the military junta's political opponents and civilian protesters.