China's weeklong holiday kicked off Saturday amid a subdued mood before the ruling Communist Party's once-in-five-years congress beginning Oct. 16, with restrictions on people's movement strengthened by the leadership of President Xi Jinping under its radical "zero-COVID" policy.

Ahead of the congress, at which Xi is expected to secure an unprecedented third five-year term as general secretary, Beijing municipal authorities requested citizens to refrain from traveling to destinations outside the capital.

Under China's strict policy to stem coronavirus infections, people who have visited high-risk areas outside of Beijing where COVID-19 infections have been reported face the possibility of being unable to return to the city for a certain period.

On Saturday, people observed "National Day," marking the founding of the People's Republic of China over seven decades ago. Tiananmen Square was crowded with many visitors, but there were fewer train and air travelers compared with levels in recent years. 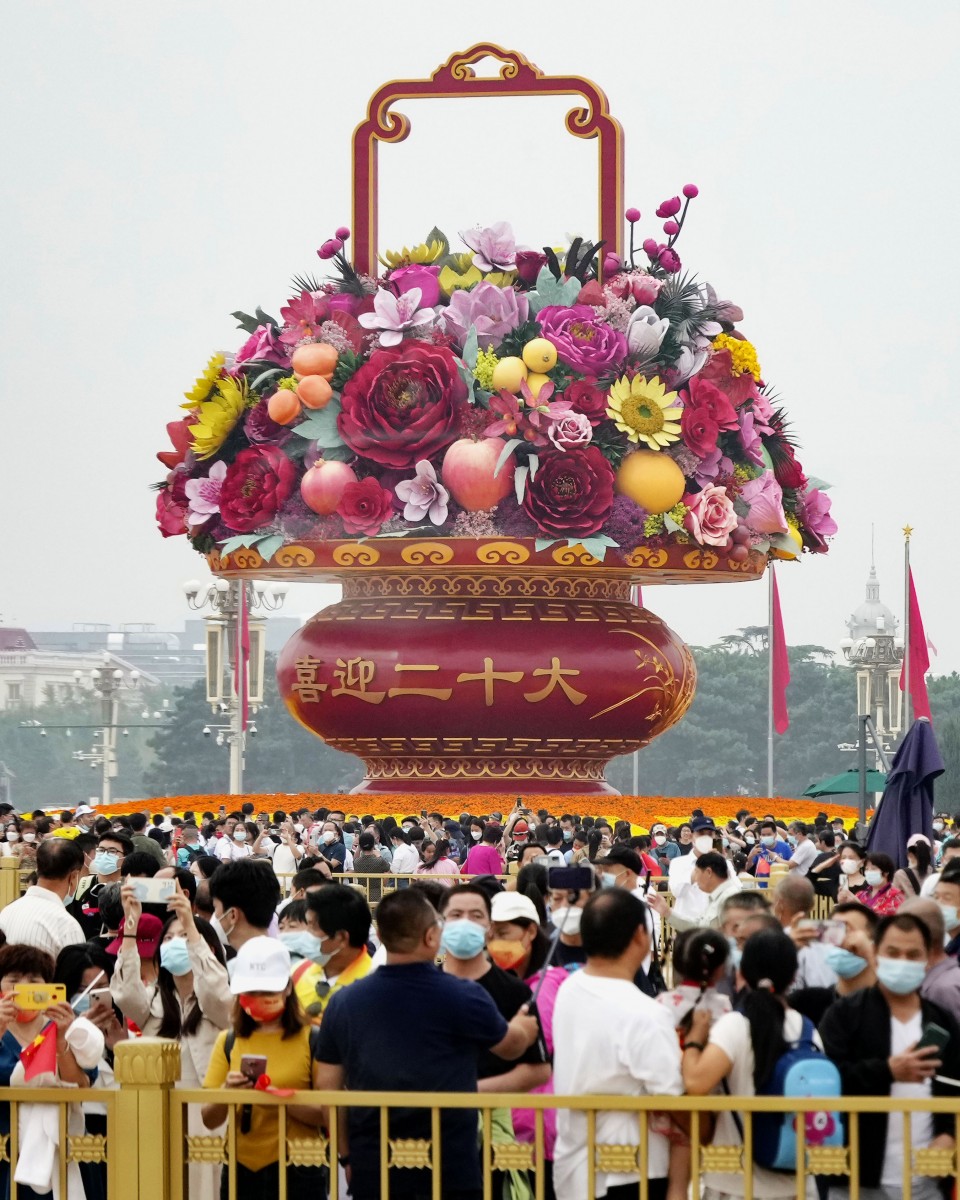 A female worker in the southern technology hub of Shenzhen, which has several high-risk areas, said she gave up returning home outside Guangdong Province during the holidays due to the risk of COVID-19 quarantine.

In Shanghai, the country's financial and commercial hub that had been under lockdown between late March and May, many tourists visited major sightseeing spots, such as the Bund waterfront historic district, with almost all wearing face masks.

The Communist Party's all-encompassing COVID-19 restrictions include the imposition of lockdowns on cities when outbreaks occur and quarantine periods on travelers from abroad.