Japan's Taro Daniel went out in the first round of the Rakuten Japan Open on Monday, beaten 7-5, 7-5 by Bernabe Zapata Miralles of Spain.

Daniel, ranked 95th in the world, broke first in both the first and second sets, but the 80th-ranked Zapata Miralles responded by breaking twice each to secure the win in 2 hours, 13 minutes at Ariake Tennis Forest Park. 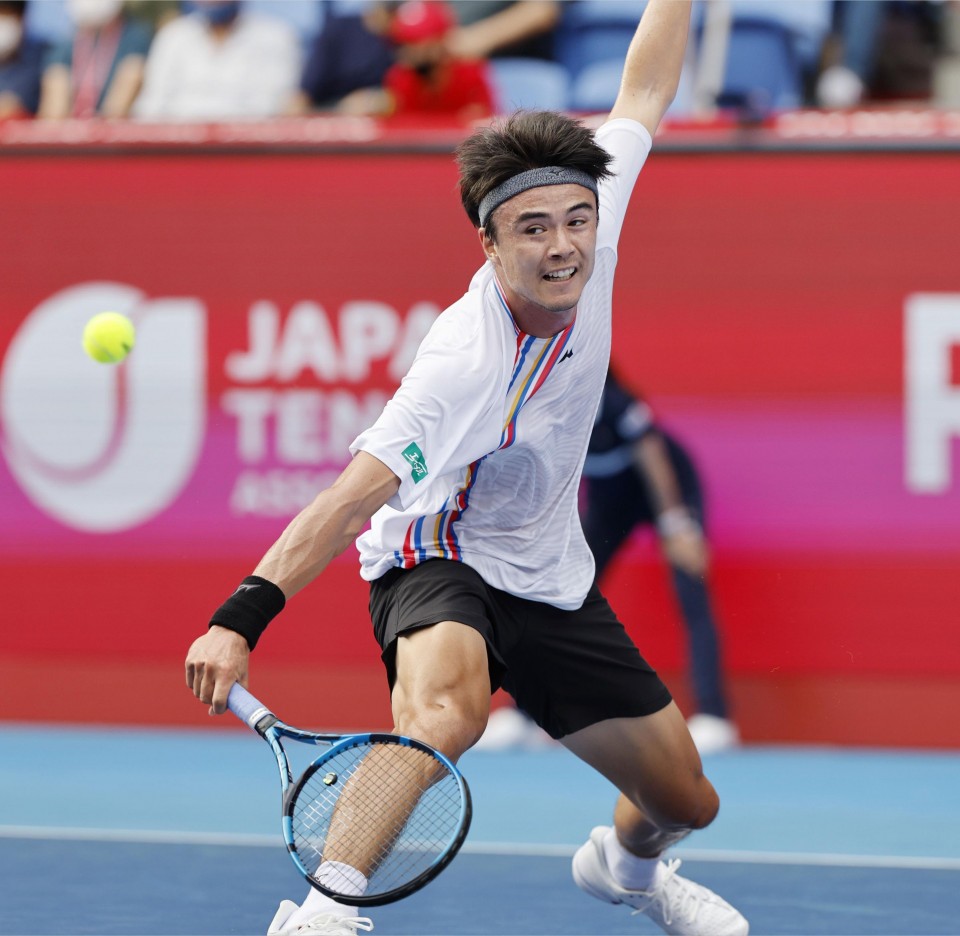 Japan's Taro Daniel plays against Bernabe Zapata Miralles of Spain in the first round of the men's singles event at Rakuten Open tennis tournament in Tokyo on Oct. 3, 2022. (Kyodo)

"It's sad and frustrating, but I feel it was a match of really high level. The only disappointing thing is the result," said Daniel. "I could do almost everything that I wanted to."