The Japanese government said Thursday it will scrap in principle health insurance cards in fall 2024 and integrate them into the "My Number" national identification system.

According to the plan, My Number cards will become mandatory as Japan's health insurance system covers all residents. The move is part of efforts to promote cards issued under the ID system, which has proven unpopular with only half the population currently carrying them.

The government will also consider moving up the date for integrating driver's licenses into the system from the current goal of the end of fiscal 2024, Digital Minister Taro Kono told a press conference. 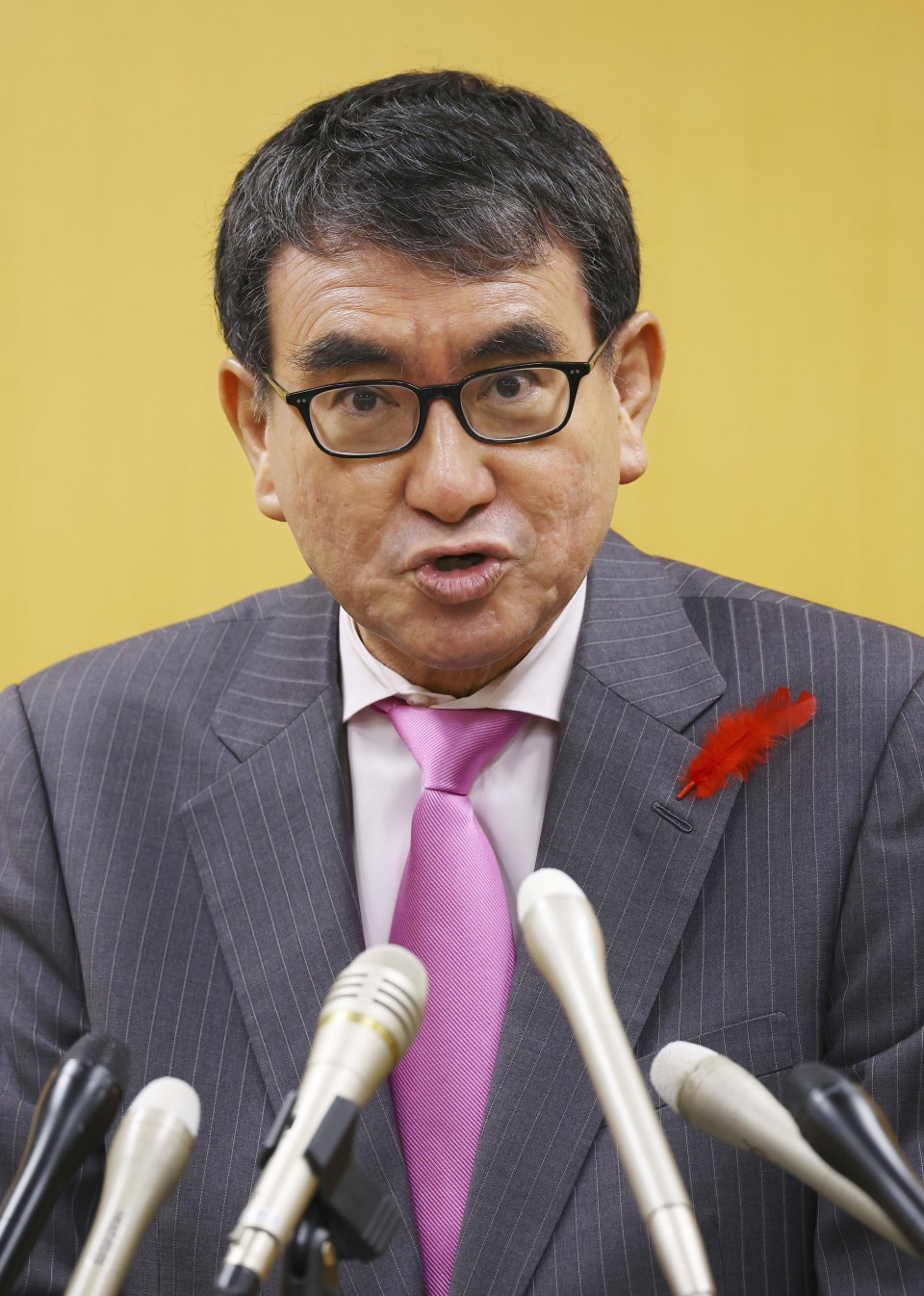 The plan to integrate driver's license data into the national ID system was announced in June 2020. The Digital Agency said Japan is at this point not considering abolishing the current format of licenses.

The ID card system, launched in 2016, issues a 12-digit number to each citizen and foreign resident in Japan to incorporate a range of personal data such as information related to taxes and social security.

As part of efforts to push the country's digitalization, the government aims to have almost all citizens obtain My Number cards by March 2023.

But only 49 percent had created and collected cards as of the end of September, partly because people remain concerned about leakages of personal information.

"We will work even harder (to dispel such concerns)," Chief Cabinet Secretary Hirokazu Matsuno said at a press conference, underscoring that the government has been trying to enhance public awareness of the safety of the My Number system.

The government says the system will make it possible for various procedures to be done electronically, increasing convenience for people. For instance, holders of the cards can issue certificates of residence at convenience stores without going to municipal offices.

People can already use their My Number card as a health insurance card. With their consent, medical institutions can access the system to collect information on past prescribed drugs and health checkups designated to prevent lifestyle diseases.

"This will help improve the quality of healthcare," Kono said.

To promote the use of the My Number system, the government has decided to give shopping points worth up to 20,000 yen ($136) to individuals who have acquired a card or who file an application by the end of this year.

Kono said My Number cards can be added to Android smartphones from May 11 next year. But he said it is still undecided when the cards can be used with iPhones.