Japanese Prime Minister Fumio Kishida and his Australian counterpart Anthony Albanese pledged Saturday to join hands to tackle contingencies that may affect the sovereignty of their countries, amid China's growing assertiveness in the Asia-Pacific region.

In a joint declaration on security cooperation, signed by the two nations for the first time in 15 years, Japan and Australia also agreed to deepen trilateral security relations with the United States, while promising to boost their practical defense engagement.

Their agreement came with concern mounting that China might step up military provocations against Taiwan after President Xi Jinping secures an unprecedented third term as leader at the ruling Communist Party's weeklong, twice-a-decade congress that runs through Saturday. 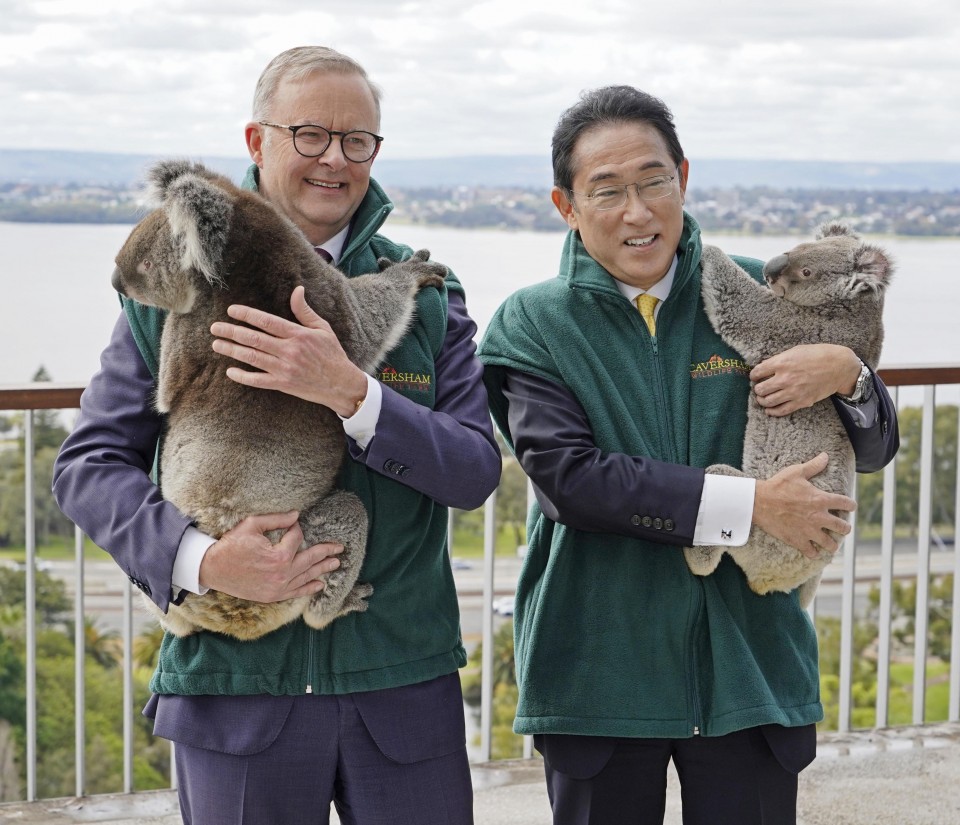 After summit talks in Perth, Kishida and Albanese signed the joint declaration in which Japan and Australia agreed to work together to deter "aggression and behavior that undermines international rules and norms."

In the latest declaration, Kishida, who began a three-day visit to Australia on Friday, and Albanese confirmed the significance of a "free and open Indo-Pacific," a vision advocated by slain former Japanese Prime Minister Shinzo Abe.

The two leaders did not single out China in the declaration as they are apparently eager to monitor how Beijing's diplomatic policy may change after Xi's re-election.

But in a separate statement, Kishida and Albanese reaffirmed the importance of peace and stability across the Taiwan Strait, while expressing caution about China's bid to join the Trans-Pacific Partnership free trade pact.

"Economic coercion and unjustified restrictive trade practices are contrary to the objectives and high standards" of the agreement, the statement said.

At their joint announcement in front of the press in the state capital of Western Australia, Albanese said the "landmark" declaration "sends a strong signal to the region of our strategic alignment."

Kishida said the declaration will become a "compass" to guide security and defense cooperation between Japan and Australia "over the next decade." 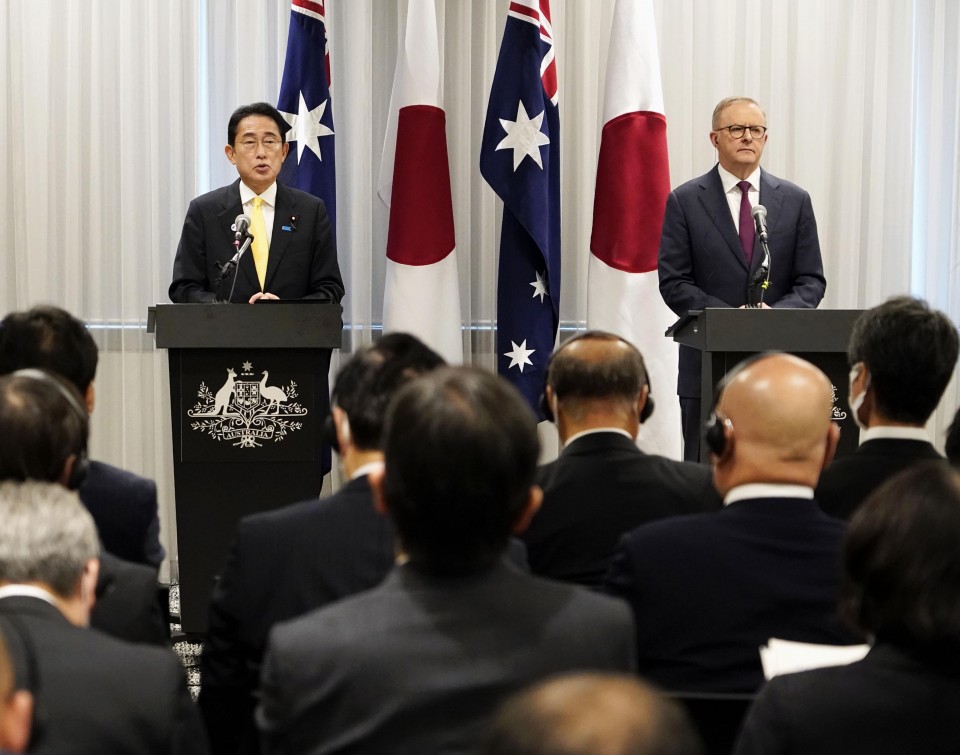 In 2007, Abe and then Australian Prime Minister John Howard signed a document on security cooperation that recognized "common strategic interests and security benefits embodied in their respective alliance relationships with the United States."

Kishida and Albanese also emphasized the necessity of stability in Australia's supply of resources to Japan, which relies on imports for more than 90 percent of its energy needs.

Albanese said Australia has played "a special role in supporting Japan's energy security" at a time when materials prices have been skyrocketing in the wake of Russia's invasion of Ukraine in February.

Kishida said he agreed with Albanese that Japan and Australia will promote cooperation in the energy security field. Japan imports natural gas, iron ore and other vital resources from Australia, making it a key partner.

Australia is Japan's largest exporter of liquefied natural gas, but it temporarily considered limiting shipments of the resource, saying external demand for the energy surged after Russia's war in Ukraine, causing a shortage of LNG for the domestic market.

Japan regards Australia as a semi-ally as both countries in the Asia-Pacific region are part of the "Quad," or the Quadrilateral Security Dialogue, involving India and the United States. The framework was also proposed by Abe, who was fatally shot in July.

Tokyo and Canberra have been mapping out steps to implement a bilateral reciprocal access agreement signed in January, aimed at facilitating the deployment of troops in each other's nation for joint drills and relief operations.

Japan currently only has such a deal with the United States. The enforcement of the pact would serve as a foothold for the integration of security operations between Japan, Australia and the United States with an eye on a potential emergency in Taiwan.

China, meanwhile, has been attempting to bolster its security and economic clout in the region to challenge the Quad and the free and open Indo-Pacific blueprint, with Xi repeatedly describing self-ruled Taiwan as a "core interest."

Beijing and Taipei have been governed separately since they split in 1949 as a result of a civil war. China sees democratic Taiwan as a renegade province to be reunified with the mainland.

In his opening speech last Sunday at the Communist Party congress, Xi said China will "never promise to renounce the use of force, and we reserve the option of taking all measures necessary" to reunify Taiwan with the mainland.

China also has been trying to increase its influence with Pacific island nations. It signed a security pact with the Solomon Islands earlier this year, an arrangement that would allow the deployment of Chinese police, military and other armed personnel to the country.

Kishida's visit to Australia is the first by a Japanese prime minister since 2018. He had planned to visit Australia in January, but the trip was canceled against a backdrop of the COVID-19 pandemic. Kishida became premier in October 2021.

Albanese visited Japan in May for the Quad summit that was held immediately after he took office. In late September, he also made a trip to Tokyo to attend Abe's state funeral.