Darvish received the second monthly honor of his major league career, moving him into a tie for the most by a Japanese player alongside Hideo Nomo, Hideki Irabu and Los Angeles Angels two-way star Shohei Ohtani.

In six September starts, Darvish went 5-1 with a 1.85 ERA and 44 strikeouts in 39 innings. The Padres have clinched a spot in the postseason. 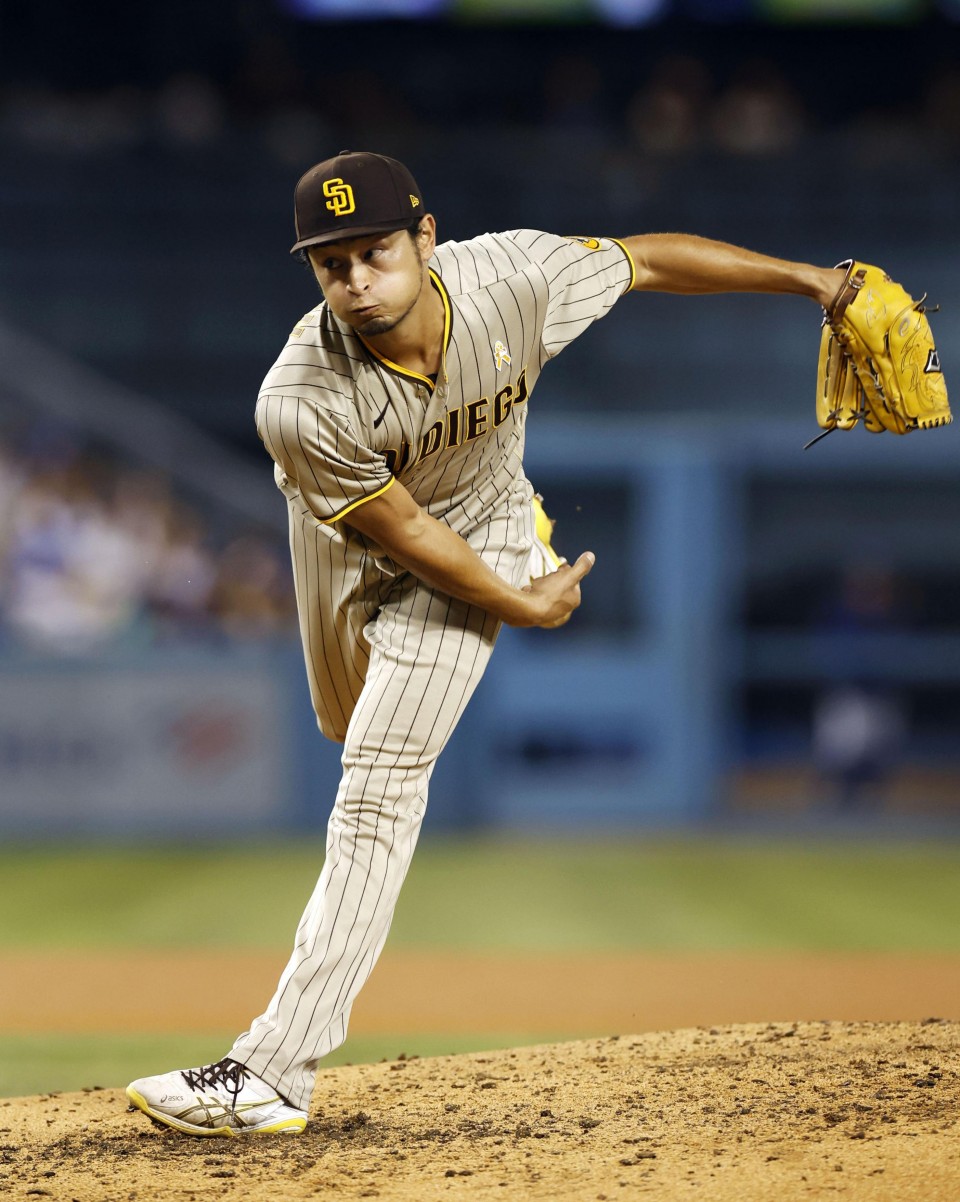 Yu Darvish of the San Diego Padres gets Cody Bellinger of the Los Angeles Dodgers to strike out during the fifth inning of a baseball game on Sept. 2, 2022, at Dodger Stadium in Los Angeles, throwing the 3,000th strikeout of his career in Japanese pro ball and MLB. (Kyodo) ==Kyodo

"It's an honor," Darvish said of his first Pitcher of the Month award since July-August of the COVID-shortened 2020 season with the Chicago Cubs.

"I'm glad to have received the award with a team that was in the race for the playoffs. It's good (to have pitched well), but more than anything, my team is heading to the playoffs."

Toronto Blue Jays right-hander Alek Manoah was the American League Pitcher of the Month after going 4-0 with a 0.88 ERA in six starts.

Baseball: Yu Darvish named Player of the Week in MLB for 1st time