North Korea on Tuesday fired a ballistic missile over the Japanese archipelago for the first time in five years, with the projectile reaching the longest distance ever for a missile launched by Pyongyang.

Japan's Defense Minister Yasukazu Hamada told reporters that North Korea's missile flew 4,600 kilometers -- putting it within reach of the U.S. territory of Guam, where key military bases are located -- at an altitude of 1,000 km. 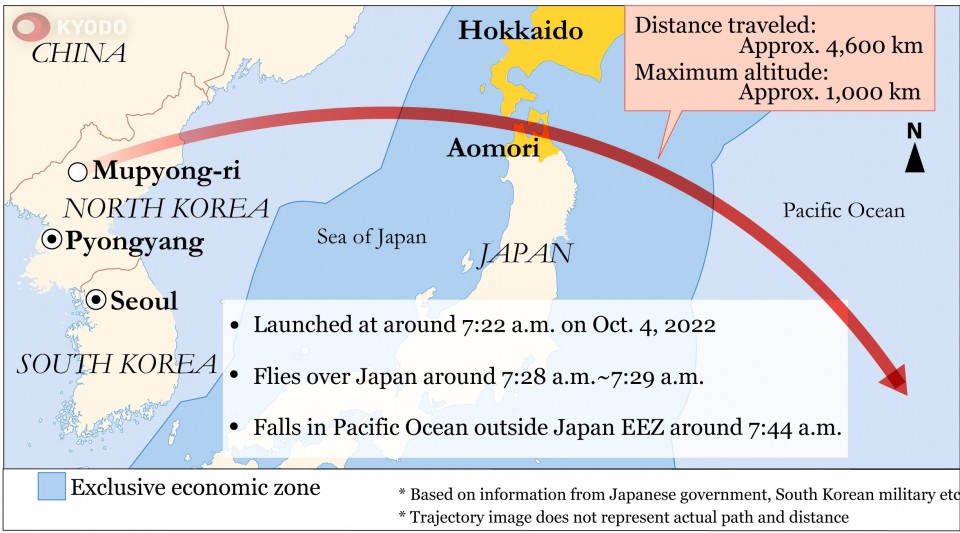 Japanese Prime Minister Fumio Kishida held phone talks with U.S. President Joe Biden and agreed to step up the deterrence and response capabilities of the Japan-U.S. alliance in the wake of the missile test.

Kishida said after phone talks with Biden that the two leaders "strongly condemned" that the launch posed a grave challenge to peace and the stability of the international community.

White House National Security Council spokeswoman Adrienne Watson said in a statement that according to a U.S. assessment, North Korea launched a "long-range" missile. Tokyo estimates it to be of intermediate range or greater.

Hamada said the missile flew over Japan for around one minute and landed outside the country's exclusive economic zone some 3,200 km east of the nation in the Pacific Ocean, adding there were no reports of damage to aircraft or ships.

The missile could have been a Hwasong-12 intermediate-range ballistic missile, which Pyongyang has fired four times in the past, Hamada said. It is the seventh time North Korea has launched a missile over Japan. The last occasion was in September 2017. 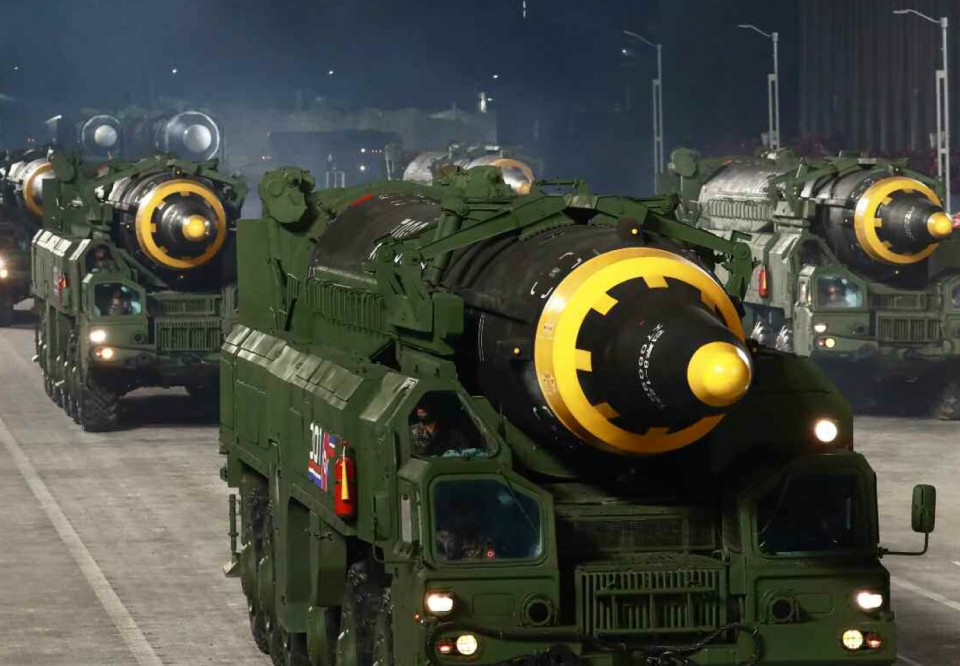 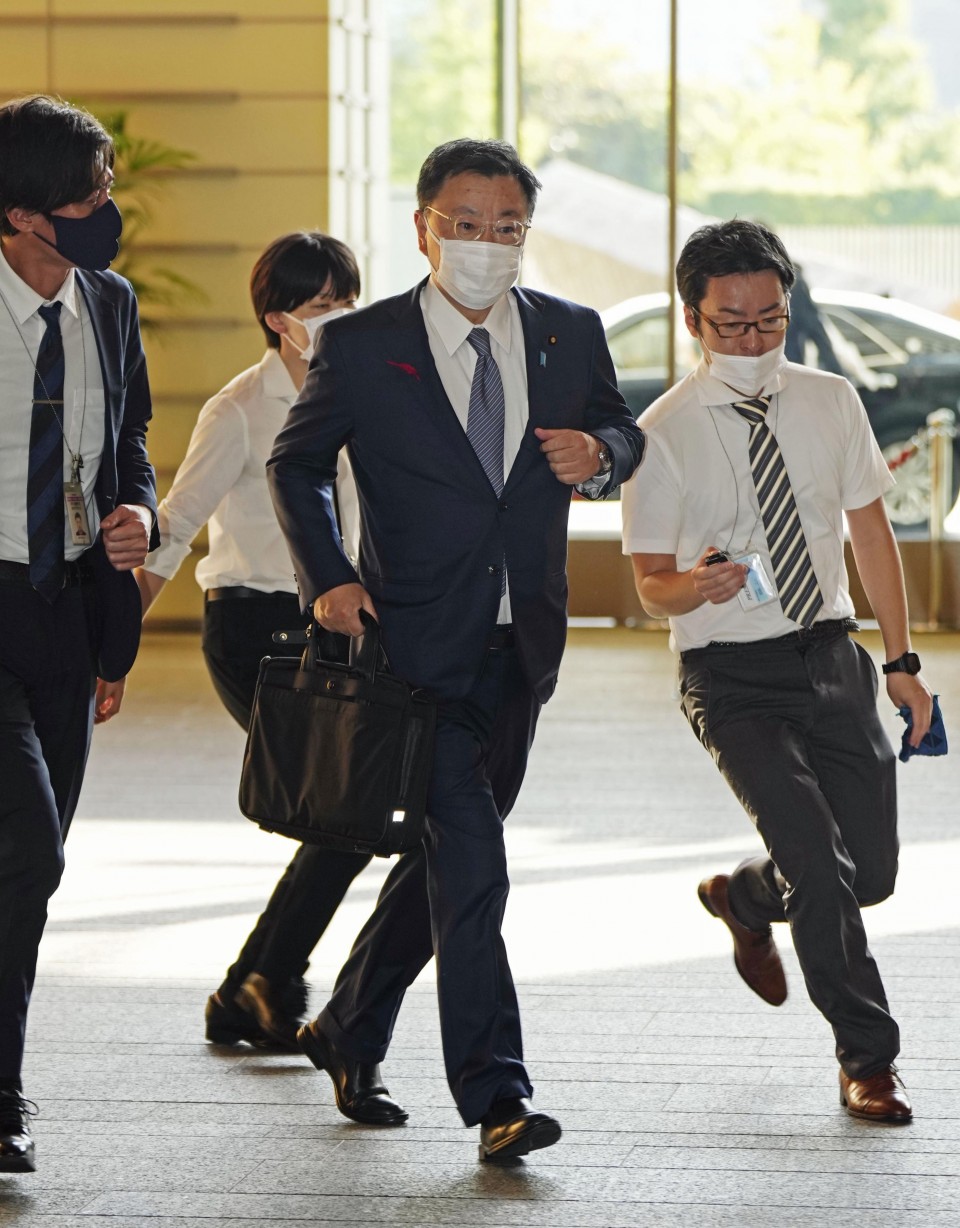 Matsuno warned North Korea could engage in additional provocative actions, including its seventh nuclear test and first since September 2017.

Tokyo lodged a protest with Pyongyang over the missile launch through the embassy in Beijing, said Matsuno, the top government spokesman, adding that Japan did not try to destroy the projectile as damage to the country was not expected.

Kishida, who marked the first anniversary of taking office on Tuesday, said Japan "strongly protests" against the latest missile launch, which he called "outrageous."

North Korean leader Kim Jong Un pledged in September that the country will never give up its nuclear weapons, asserting that the United States is aiming to bring about the collapse of the Pyongyang regime, state-run media reported.

Earlier Tuesday, the Japanese government issued an alert urging residents of the nation's northernmost main island of Hokkaido and the northeastern prefecture of Aomori to remain inside buildings. 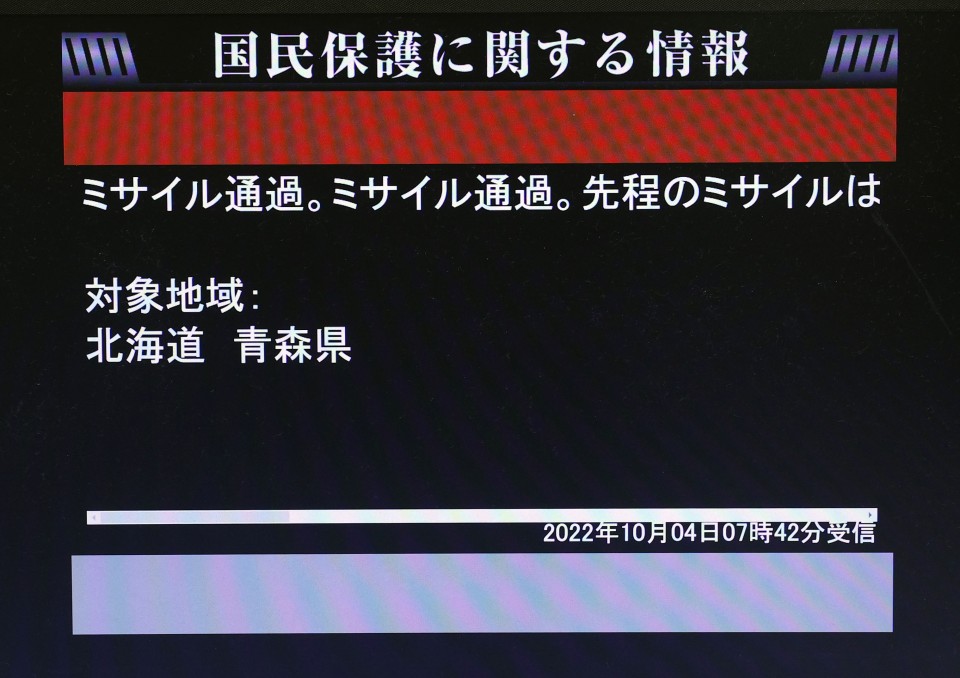 Photo shows a screen in which the Japanese government's J-Alert emergency system warns Hokkaido and Aomori Prefecture of a missile having passed. (Kyodo)

Matsuno told a press conference in the morning that the missile was fired at 7:22 a.m. and is believed to have splashed down in the Pacific Ocean outside Japan's EEZ around 7:44 a.m.

The missile's presence in Japanese airspace caused disruptions at airports, with All Nippon Airways Co. and Japan Airlines Co. reporting that in response to a government J-Alert, staff working on the tarmac at some airports in Hokkaido and Tohoku temporarily evacuated indoors.

The takeoff of a plane departing from Aomori airport for Narita airport near Tokyo was delayed, while shinkansen bullet train services in Tohoku and Hokkaido were briefly suspended. 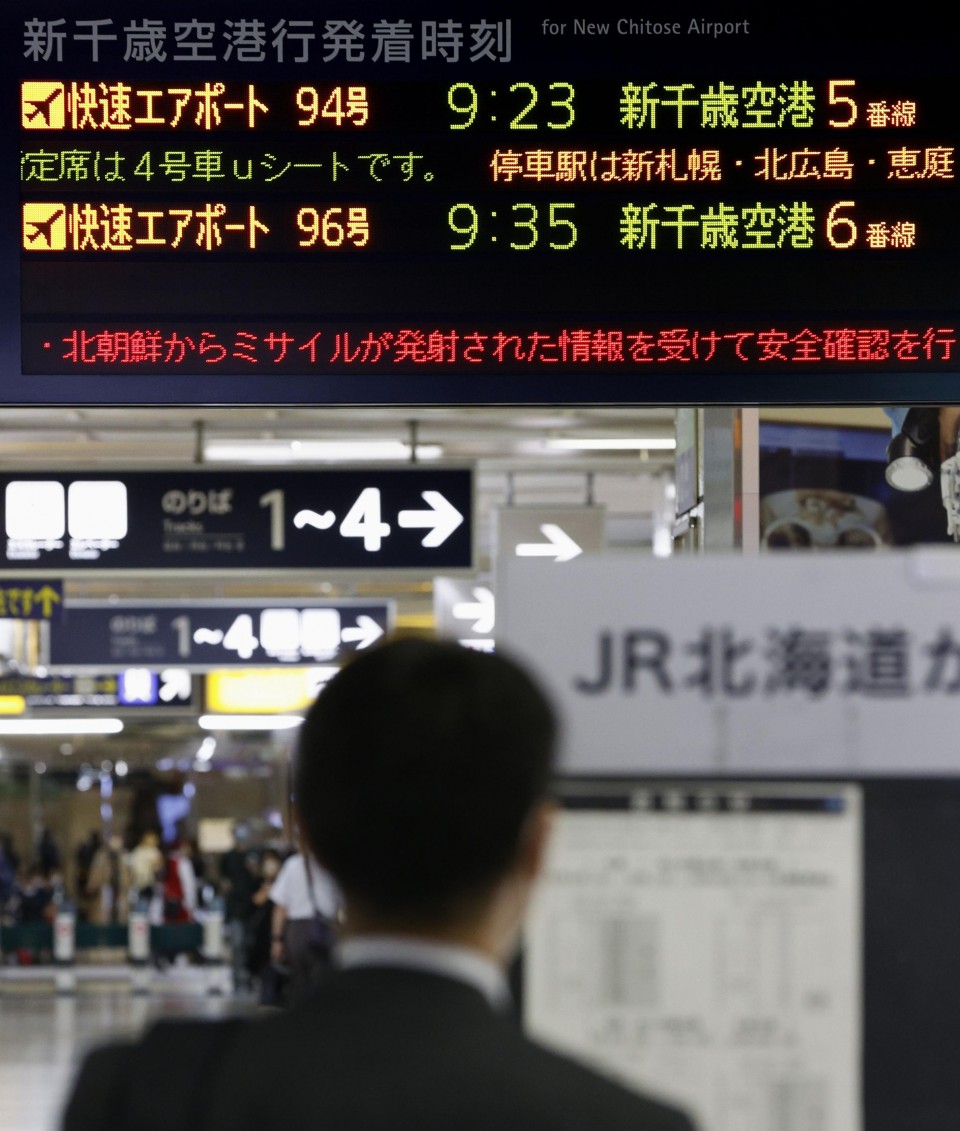 Senior Japanese, U.S. and South Korean officials spoke over the phone and lambasted North Korea's missile launch as a "clear and serious challenge" to the international community.

Japanese Foreign Minister Yoshimasa Hayashi said he agreed with his U.S. counterpart Antony Blinken during a phone call to "closely cooperate toward the complete denuclearization of North Korea." 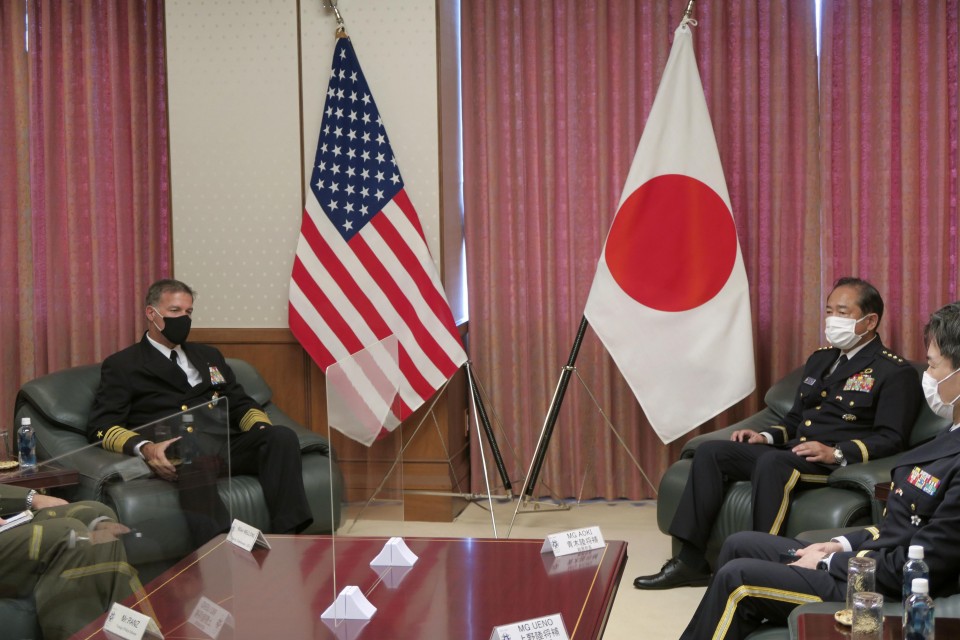 The United States will "resolutely" respond to the growing threats posed by North Korea, and its defense commitments to its key allies Japan and South Korea are "ironclad," Daniel Kritenbrink, the State Department's top diplomat for East Asia, told an online think tank event on Monday.

The Chinese Foreign Ministry, meanwhile, refrained from criticizing the missile launch, saying in a statement that issues surrounding the Korean Peninsula should be resolved through dialogue.

Since the start of this year, Pyongyang has repeatedly conducted ballistic missile tests in violation of U.N. Security Council resolutions after a hiatus of almost four months, apparently due to a COVID-19 outbreak in the nation.

Pyongyang has also been stepping up military provocations after U.S. Vice President Kamala Harris' trip to South Korea, during which she visited the Demilitarized Zone bordering the two Koreas.