Terunofuji, currently sumo's sole yokozuna, found parallels on Wednesday between his world and the precision ball sport of boccia, played by people with serious disabilities.

Terunofuji battled through surgeries on both knees to reach sumo's pinnacle in what might be his sport's greatest comeback story. He participated in a para sports exhibition event at Tokyo's Ryogoku Station, with the look of someone already familiar with disabled sports.

The yokozuna, who pulled out of September's Autumn Grand Sumo Tournament after aggravating injuries to both knees, may yet require more surgery before he can compete again. 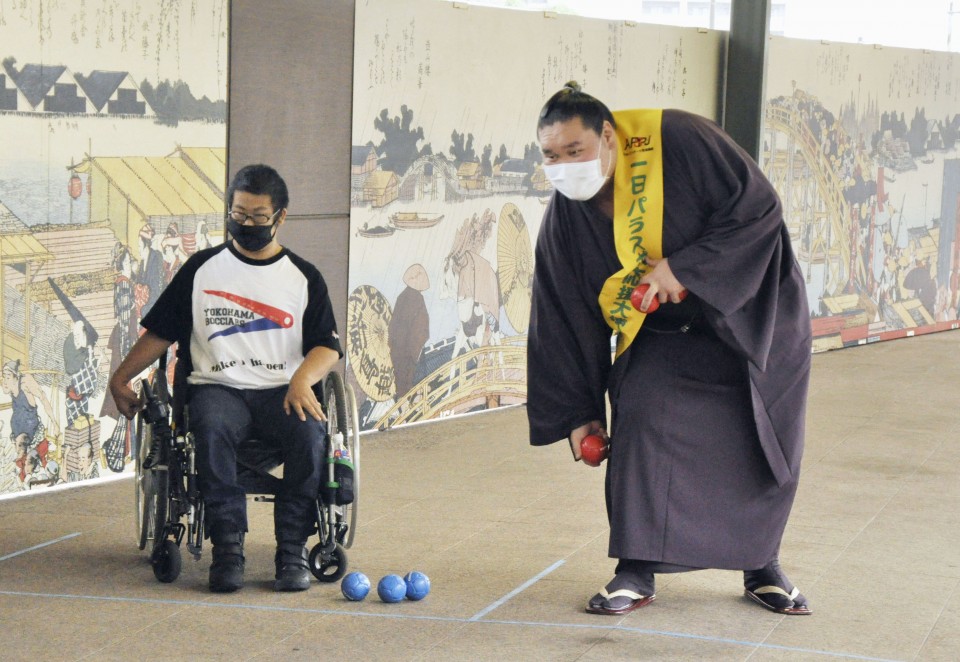 Sumo grand champion Terunofuji (R) tries his hand at boccia, a precision ball sport played by those with serious disabilities, at an exhibition event at Ryogoku Station in Tokyo on Oct. 5, 2022. (Kyodo)

His long injury history led him to compare his experiences to the physical challenges boccia players face and overcome.

"I thought I couldn't go nuts about a sport like this," said Terunofuji after he tried to hurl his balls closer to the target than his opponent.

"The rules are simple, but it's actually hard once you try it. It's like sumo in that respect."