Japan and Ukraine played an international friendly in beach soccer on Saturday as a crowd of around 730, including refugees from the war-hit Eastern European country, watched in Hyogo Prefecture west of Osaka.

The Japan Football Association paid for the Ukrainian team's travel and lodging, while donations could be made at Okura beach, Akashi, where admission to the match was free.

Japan won the game 4-2, with the two teams playing each other again Sunday. 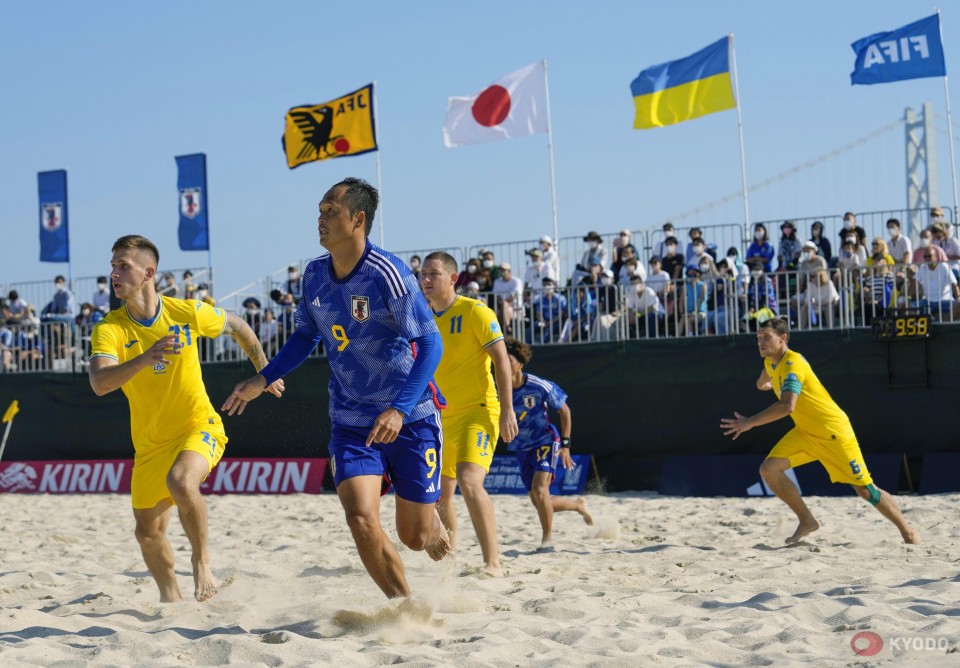 "This is a start. There are things sports can do. We want to support Ukraine through soccer," said JFA President Kozo Tashima, who plans to invite Ukraine's national youth soccer teams to Japan next year.

Japan coach Moreira Ozu thanked the Ukraine team for coming to Japan at a difficult time, while Ukraine coach Mykola Kostenko expressed his gratitude for the occasion and the presence of the Ukrainian fans at the match.