Japan, Malaysia to cooperate in dealing with North Korean threats

The foreign ministers of Japan and Malaysia pledged Sunday to work closely in responding to missile and nuclear threats from North Korea.

"Frequent ballistic missile launches (by North Korea) have caused a grave and imminent threat to the security of Japan and the (surrounding) region, and a clear and serious challenge to the international community," Foreign Minister Yoshimasa Hayashi told a joint press event after meeting with his Malaysian counterpart Saifuddin Abdullah in Kuala Lumpur. 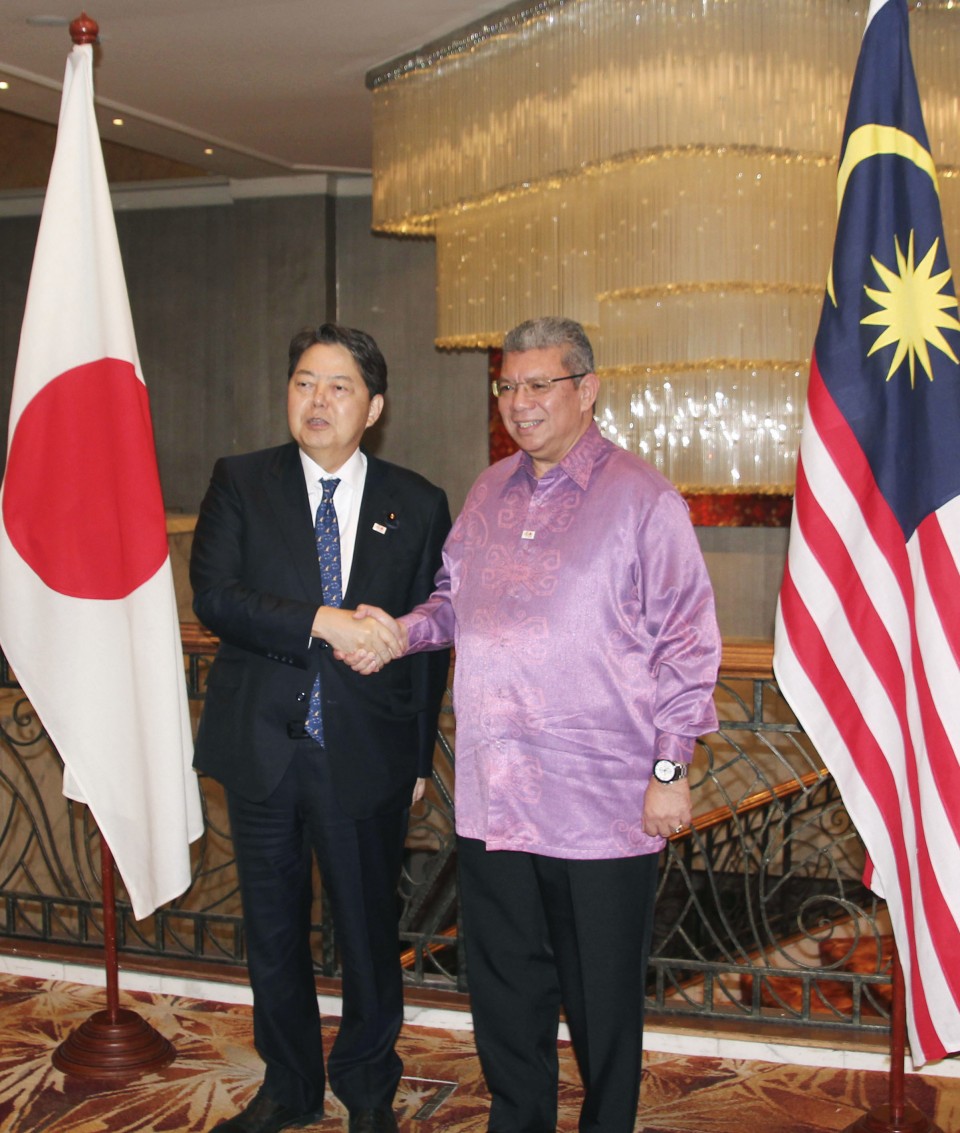 In its latest provocative act, North Korea fired two ballistic missiles into the Sea of Japan earlier in the day.

Since the start of this year, North Korea has conducted missile tests on 25 occasions, including those of suspected cruise missiles. On Tuesday, it launched a ballistic missile toward the Pacific beyond the Japanese archipelago for the first time in five years, stirring strong criticism from Japan, the United States and South Korea.

The moves coincide with increasing reports that North Korea is preparing for its seventh nuclear test, its first since September 2017.

With Japan and other countries alarmed by China's maritime assertiveness in the East and South China seas, Hayashi called for support to achieve a free and open Indo-Pacific, expressing strong opposition to any unilateral attempts to change the status quo in the region.

Ahead of the 50th anniversary next year of the start of its relationship with the Association of Southeast Asian Nations, Japan is making efforts to boost its ties with ASEAN members, including Malaysia.

The ministers also agreed to promote the exchange of people between Japan and Malaysia. Amid signs of a decrease in the number of coronavirus cases, Japan is set to remove its cap of 50,000 daily arrivals from overseas and resume individual visa-free trips into the nation on Tuesday.

This year, Malaysia marks the 40th anniversary of its Look East Policy that seeks to emulate Japan's example in economic development, and the 65th anniversary of the establishment of diplomatic relations with Japan.

Hayashi will finish his four-day trip, which also took him to Singapore, on Monday. It was the first time a Japanese foreign minister has visited the two countries since August 2020.