President Joe Biden on Tuesday pledged $625 million in new security aid during a phone call with Ukrainian President Volodymyr Zelenskyy following Moscow's annexation of occupied parts of Ukraine, in a show of continuing support to help Kyiv defend itself against Russia's aggression.

The call was intended to underscore that the United States will "never recognize" Russia's attempted seizure of four regions in southern and eastern Ukraine, which President Vladimir Putin declared last week, according to the White House. 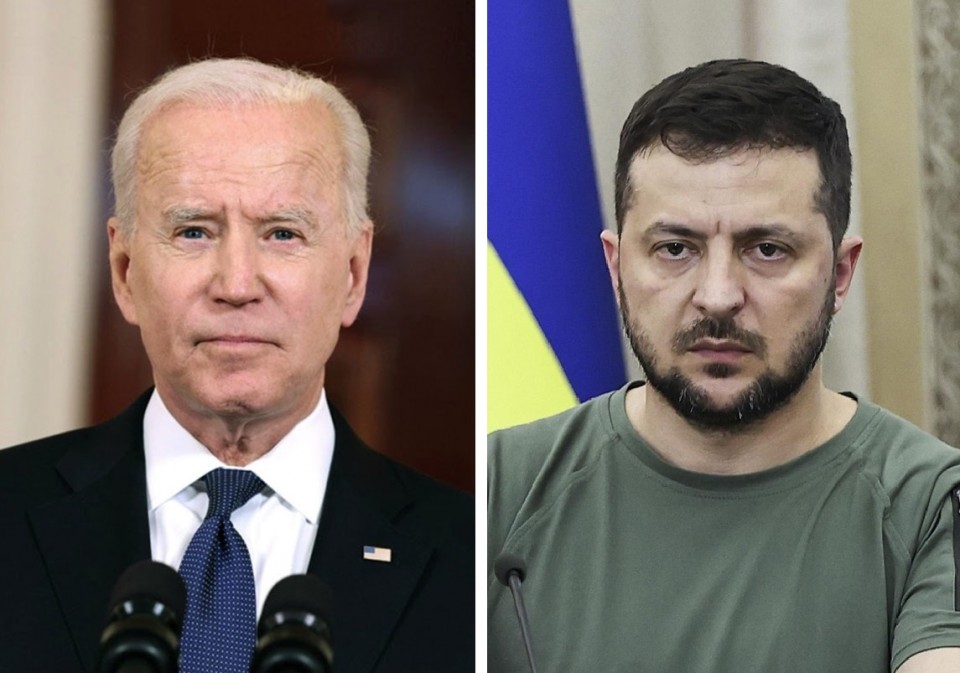 "President Biden pledged to continue supporting Ukraine as it defends itself from Russian aggression for as long as it takes," it said in a statement.

Biden also affirmed to Zelenskyy the continued readiness to impose "severe costs" on any individual, entity or country that provides support to Russia's purported annexation, according to the White House.

The latest security package will bring the total U.S military assistance for Ukraine to more than $16.8 billion since Russia began invading its neighboring country on Feb. 24, the Pentagon said.

While concerns linger over Russia's potential use of nuclear arms in the ongoing war, White House Press Secretary Karine Jean-Pierre told a press conference that the United States takes any nuclear saber-rattling "very seriously" but it has not seen "any reason to adjust our own strategic nuclear posture, nor do we have indication that Russia is preparing to imminently use nuclear weapons."

British newspaper The Times on Monday has reported that Putin is set to demonstrate his willingness to use weapons of mass destruction with a nuclear test on Ukraine's borders and that NATO is believed to have warned about the issue to its members.

It also cited claims that a train operated by Russia's secretive nuclear division was destined for Ukraine. There has also been a media report that Russia may be preparing to test its nuclear torpedo Poseidon, which is believed to be heading toward the Arctic.

Japan to reopen embassy in Kyiv on Oct. 5 after 7-month closure