U.S. Open semifinalist Frances Tiafoe powered into the last four of the Rakuten Japan Open with a 6-0, 6-4 victory over Miomir Kecmanovic on Friday.

The fourth-seeded American, ranked 19th in the world, converted four of his 10 break points while saving all three break points he faced against the Serb at Ariake Tennis Park in Tokyo.

Tiafoe won the first eight games of the match and never looked back, setting up match point with a cross-court forehand winner and ending with an ace. 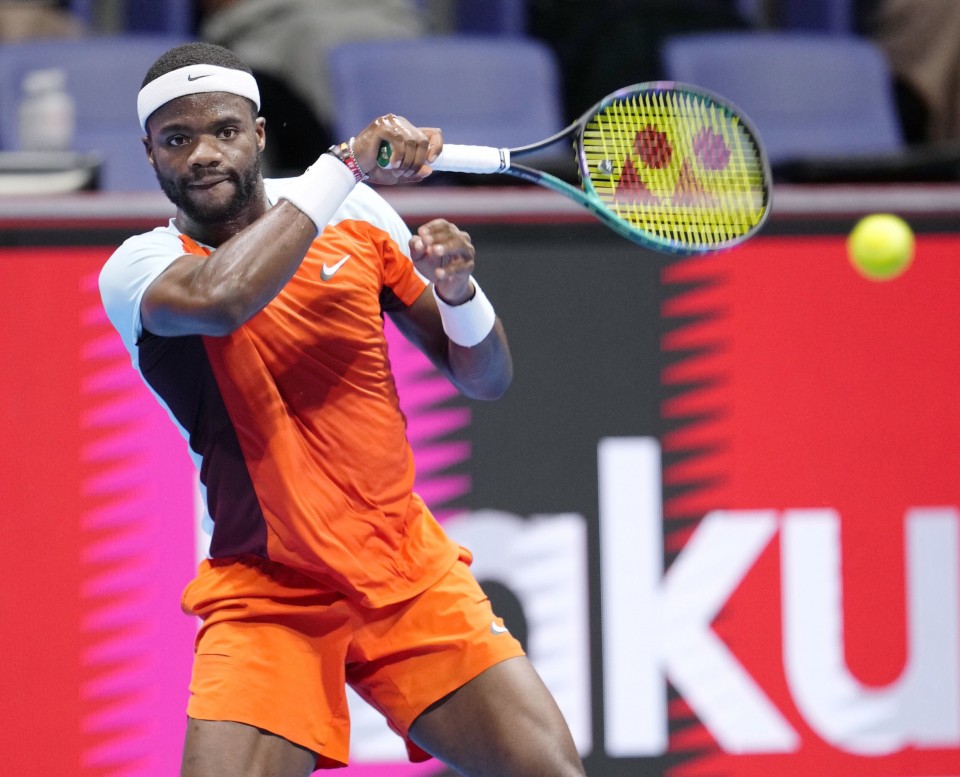 Frances Tiafoe plays against Miomir Kecmanovic in the men's singles quarterfinal of the Rakuten Japan Open tennis tournament on Oct. 7, 2022, in Tokyo. (Kyodo)

Kecmanovic, on the other hand, had to take a medical timeout for his lower back after he held serve in the third game of the second set to get on the scoreboard.

Taylor Fritz of the United States advanced as Australia's Nick Kyrgios withdrew due to a left knee issue.