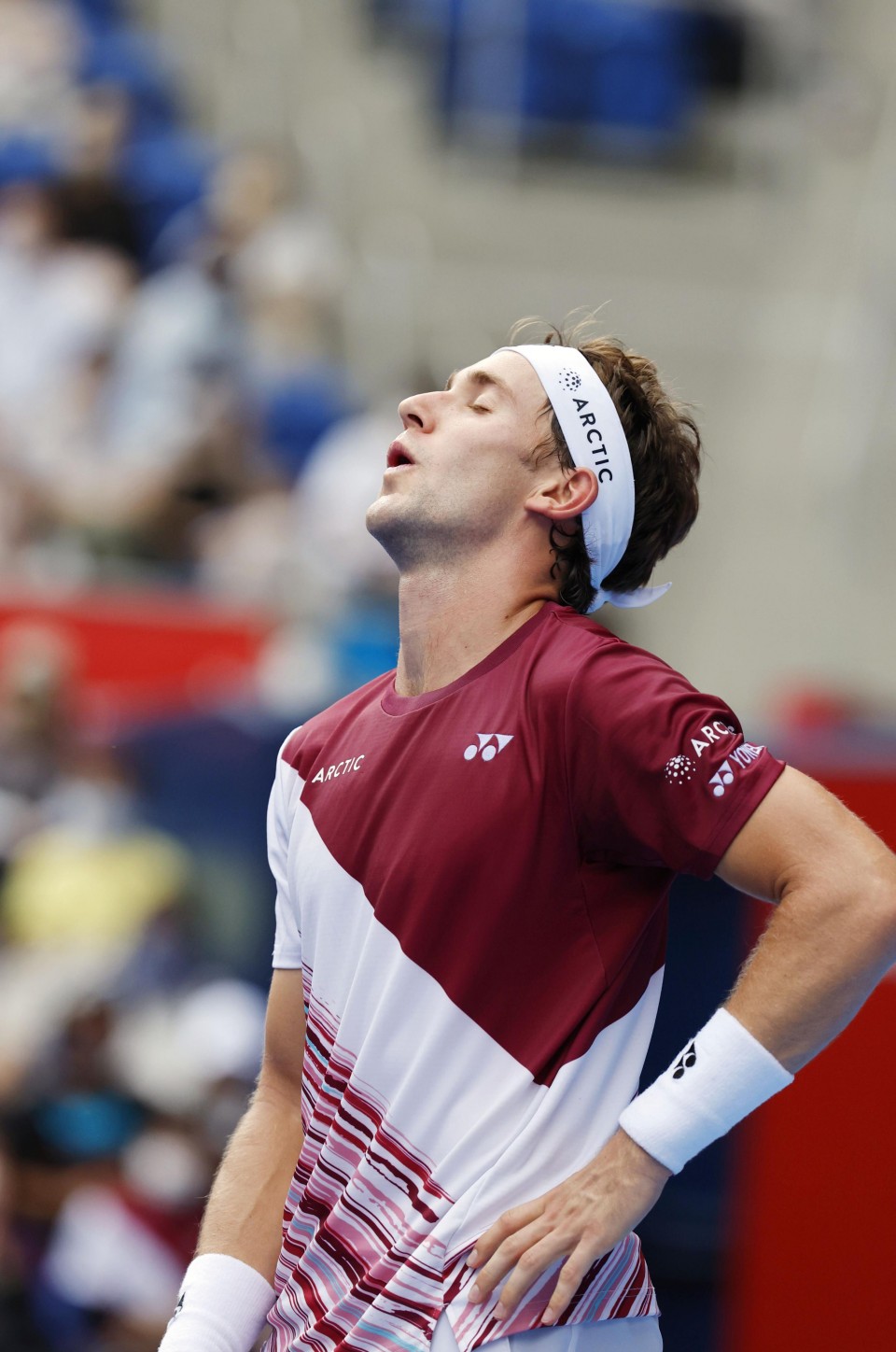 Norway's Casper Ruud reacts after losing a point during his first-round match against Spain's Jaume Munar at the Rakuten Japan Open at Ariake Tennis Park in Tokyo on Oct. 4, 2022. (Kyodo)

The top seed and world No. 3, Casper Ruud of Norway, bowed out in the first round of the Rakuten Japan Open at the hands of Spain's Jaume Munar on Tuesday.

Munar, ranked 58th, defeated Ruud 6-3, 6-3 at Tokyo's Ariake Tennis Park for his first win against him on the ATP Tour.

The Spaniard converted four of eight break points, while Ruud took only one of his five opportunities to break Munar's serve.

Trailing 3-2 in the second set, Ruud had a triple break point but Munar battled back to take a 4-2 lead before clinching the match when Ruud's backhand half-volley failed to get over the net.

"Very happy to be through," Munar said. "I know Casper since we were kids. We practice together at the Rafa Nadal Academy, so it's always difficult to face an opponent who is also your friend. I'm very happy with the way I played today."

It was another earlier-than-expected exit for Ruud, runner-up this year at the French Open and U.S. Open. He lost to Japan's Yoshihito Nishioka in the Korea Open quarterfinals in Seoul last week.