At least 125 people were killed and about 300 injured in a crowd stampede following the eruption of violence at a football match in Indonesia's East Java Province, one of the world's deadliest stadium riots, police said Sunday.

The National Police revised down the number of victims of Saturday's incident from several figures explained by different institutions, saying that confusing figures were caused by hospitals' double-counting.

East Java Police Chief Nico Afinta told a press conference that two policemen seeking to restore order were among the dead at the Kanjuruhan Stadium in Malang Regency.

The riot occurred after Persebaya from the provincial capital of Surabaya beat Arema FC from Malang, prompting a number of angry Arema supporters to invade the pitch and chase after Persebaya players and officials, according to the police and video footage posted on news websites. 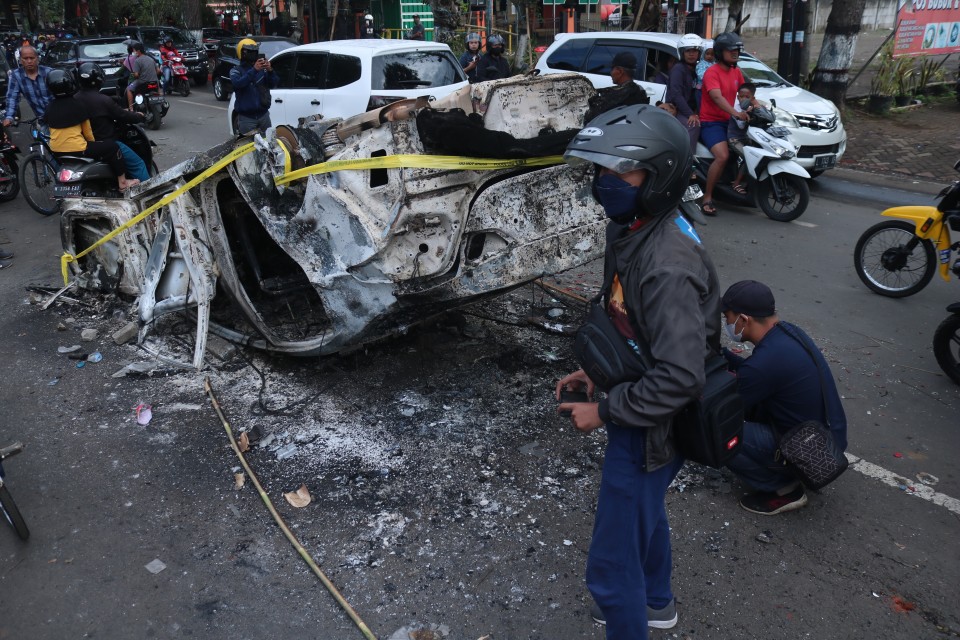 Police fired tear gas, with the stampede occurring amid chaotic scenes as supporters sought to find a way out of the stadium.

Football's world governing body FIFA stipulates in its stadium safety and security regulations that "no firearms or crowd control gas" can be carried or used by police officers around the perimeter of the field of play.

Nico said only Arema supporters were at the stadium, with Persebaya supporters watching the match virtually in Surabaya.

Due to some brawls between supporters of Arema and Persebaya in the past, the organizer decided to ban the latter's supporters in the stadium during the match.

The decision is also applied to Arema supporters when a match takes place in Surabaya.

In a press statement, President Joko Widodo instructed the National Police, the Ministry of Youth and Sports and the All Indonesia Soccer Association to conduct a thorough evaluation of safety procedures for soccer matches.

He also ordered for the suspension of the soccer league's games until the evaluation and improvements are done.

"I regret this tragedy and I hope that this will be the last tragedy of soccer game in the country. Don't let this kind of humanitarian tragedy happen again in the future," said the president.

FIFA President Gianni Infantino called the tragedy "a dark day for all involved in football and a tragedy beyond comprehension."

"Tear gas should only be used to disperse crowds when widespread violence has occurred and when other methods have failed," he added.

Minister for Political, Legal and Security Affairs Mahfud MD said on his Instagram account that the stadium only has a capacity for 38,000 people but the match's organizers had sold 42,000 tickets.

Youth and Sports Minister Zainudin Amali said in a TV interview that the ministry will re-evaluate the safety at soccer matches, including by considering not allowing spectators at stadiums and banning night games.

Indonesia will host the FIFA Under-20 World Cup next year. It is also bidding to host next year's Asian Cup, along with Australia, Qatar and South Korea.