Antonio Inoki, a distinguished professional wrestler who took on world boxing champion Muhammad Ali in 1976 and made numerous trips to North Korea as a lawmaker, died of heart failure Saturday, his management agency said. He was 79.

Inoki, whose real name was Kanji Inoki, was also a pioneer in mixed martial arts, staging audacious battles between top wrestlers and champions from other combat sports such as judo and karate before he entered the international spotlight with his fight against Ali.

The Yokohama native moved to Brazil when he was in junior high school. Inoki turned pro at the age of 17 after he caught the eye of the father of Japanese pro wrestler Rikidozan, who was in Brazil on tour. 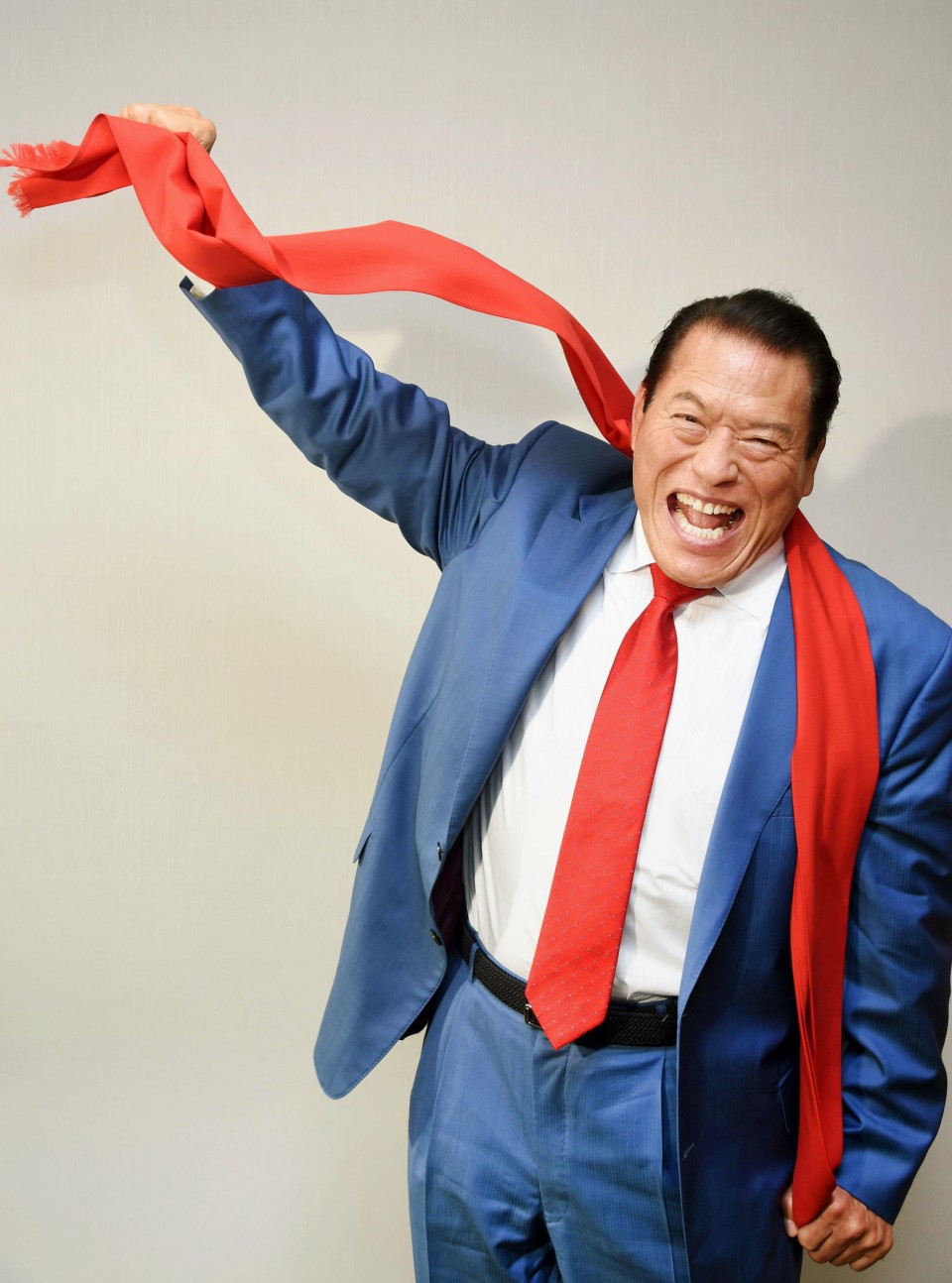 File photo shows Antonio Inoki in Tokyo in May, 2016. (Kyodo)

Inoki, along with Shohei "Giant" Baba, was a principal player in the resurgence of pro-wrestling's popularity after Rikidozan's death. Inoki founded New Japan Pro-Wrestling Co. in 1972.

While the "bout of the century" with Ali at Nippon Budokan in Tokyo was slammed as a stunt, the mere fact that Inoki was able to stage the event at all won the hearts of many. Over the years, his domestic popularity grew while a number of his catchy inane sayings became popular across the country. 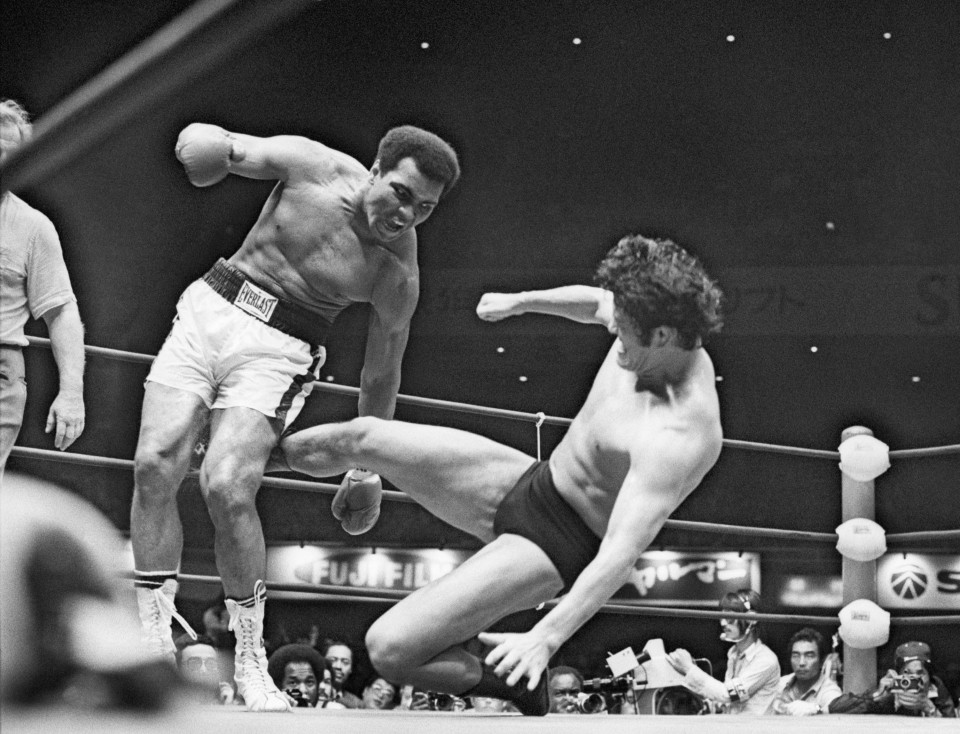 In addition to running NJPW, Inoki was one of its main stars, building a huge following for the company that promoted Japanese wrestlers such as Tatsumi Fujinami and Riki Choshu, along with numerous stars from overseas.

He recruited some of the biggest names in American pro wrestling to NJPW, including Hulk Hogan, whom he also battled in the ring.

In 1989, Inoki was elected to Japan's House of Councillors as a member of the now-defunct Sports and Peace Party. He traveled to Iraq prior to the 1990 Gulf War to gain the release of Japanese hostages.

In 1995, Inoki fought American wrestling icon Ric Flair in Pyongyang in front of one of the biggest live audiences for a pro-wrestling bout. More than 70,000 fans attended his 1998 retirement match at Tokyo Dome. 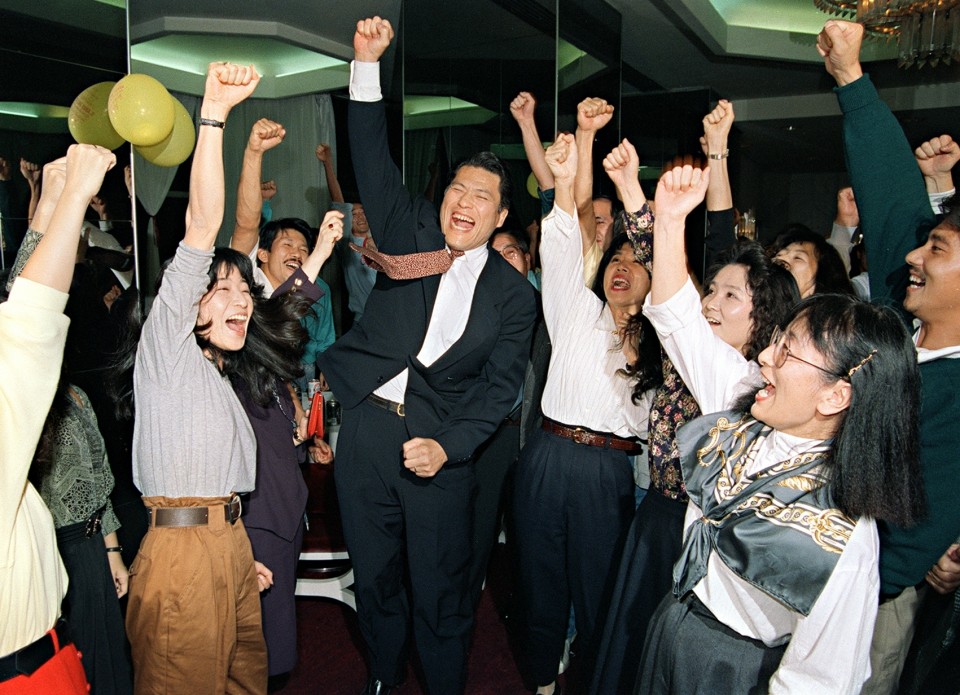 Professional wrestler-turned Japanese lawmaker Antonio Inoki (C), surrounded by Japanese nationals who had been prevented from leaving Iraq and their families, pump their fists at the Mansour Melia Hotel in Baghdad on Dec. 6, 1990, following Iraqi President Saddam Hussein's decision to release all foreigners stranded in Iraq, including the Japanese.  (Kyodo) ==Kyodo

Inoki was inducted into the World Wrestling Entertainment Hall of Fame in 2010 in recognition of his role in elevating pro wrestling in Japan and around the world.

In a post on its official website following his death, the WWE called him a "bona fide legend in his homeland."

American former wrestler Triple H tweeted that Inoki was "one of the most important figures in the history of our business and a man who embodied the term 'fighting spirit.'"

Inoki was re-elected as an upper house member in 2013, running as a member of another opposition party.

Having built a strong personal connection with North Korea over the years, Inoki traveled there repeatedly to help resolve the issue of that nation's past abductions of Japanese citizens and was once suspended from the upper house for 30 days over an unauthorized November 2013 visit. 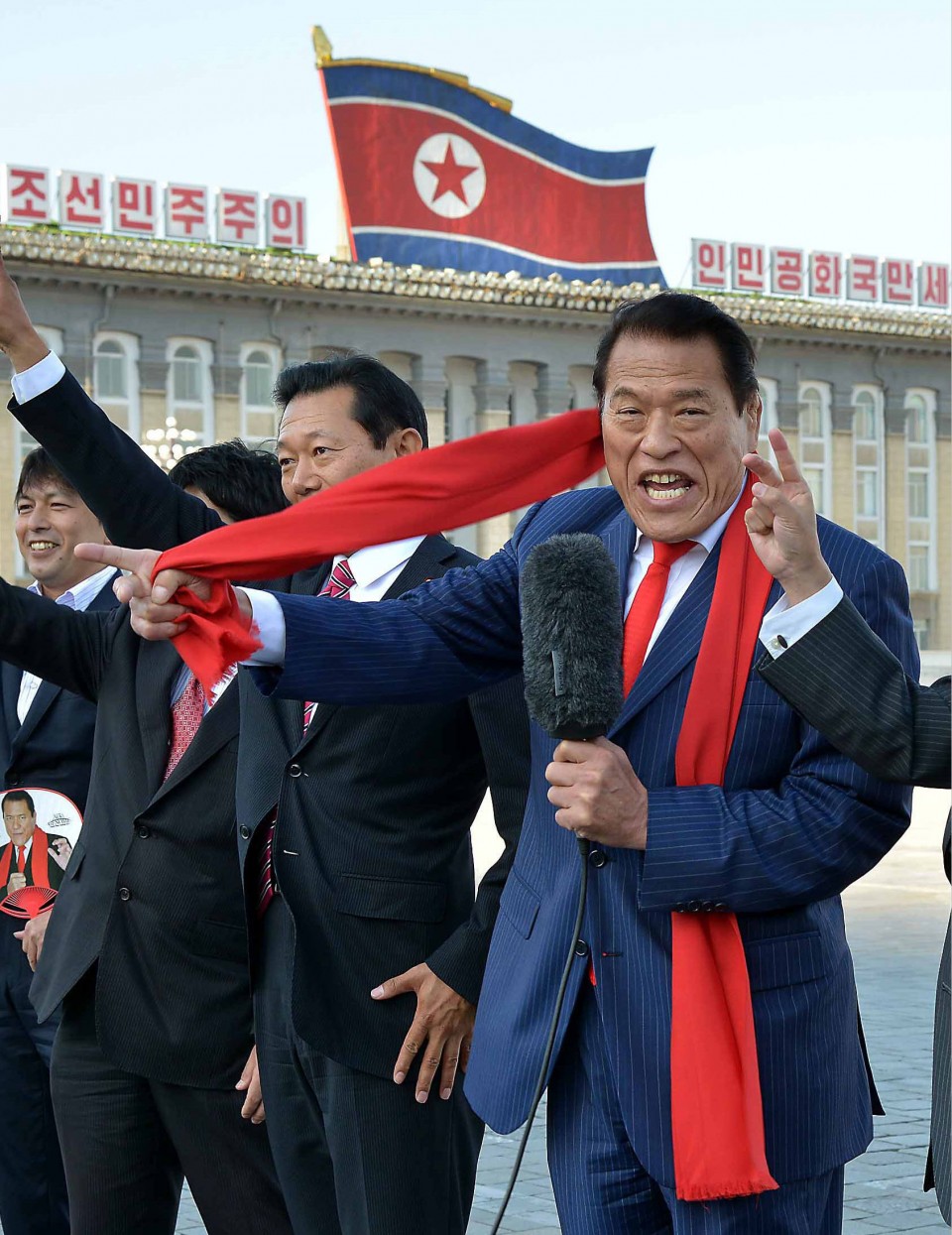 After ending his political career in 2019, he took on new challenges, including environmental issues such as how the world deals with trash disposal.

Politicians in ruling and opposition parties also mourned his death, with Nobuyuki Baba, leader of the opposition Japan Innovation Party, of which Inoki was once a member, saying "his political activities were like that of a sportsman, straight and to the point."

In July 2020, Inoki announced he had been diagnosed with heart disease. According to his management company and other sources, he also had amyloidosis, a rare condition in which abnormal proteins settle on and damage the internal organs.

The wrestling legend's official YouTube channel frequently included updates from Inoki as he battled his health issues with the same indomitable spirit he brought to the ring.

"The way he showed how he fought as a wrestler and how he responded to his illness were inspiring. I want to thank him for that," one fan headed to a pro-wrestling event in Tokyo told Kyodo News.