Japan reopened its embassy in Kyiv on Wednesday following a seven-month closure due to Russia's invasion of Ukraine, the Foreign Ministry said, as the security situation has improved.

Staff at the embassy had been transferred to a temporary liaison office set up in the western city of Lviv in March. But as Russia's invasion intensified, they left Ukraine later that month. 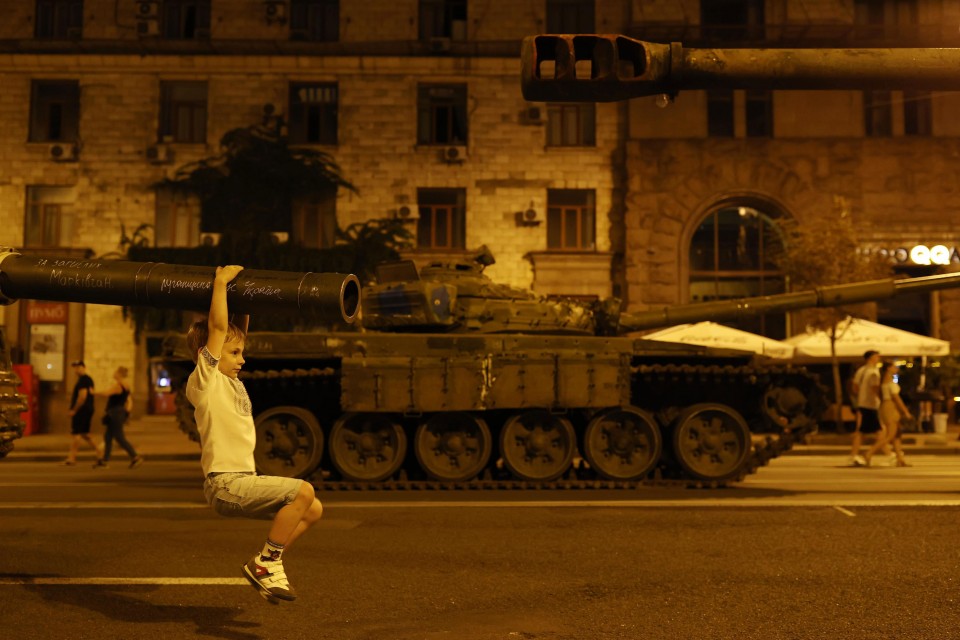 File photo shows a square in downtown Kyiv on Aug. 24, 2022, with tanks put on display as Ukraine celebrates the 31st anniversary of its independence from the Soviet Union. (Kyodo)

Through reopening the embassy, Japan aims to enhance coordination with other Group of Seven nations in areas such as reconstruction assistance for Ukraine. The six other G-7 members -- Britain, Canada, France, Germany, Italy and the United States -- re-established their embassies before the summer.

"We decided to reopen the Kyiv embassy, judging it can operate by taking sufficient security measures," after taking into account the current situation, Chief Cabinet Secretary Hirokazu Matsuno told a press conference earlier in the day.

For the time being, the Kyiv embassy's operations will be limited to information gathering as well as liaison and coordination with Ukraine and other nations, as it has reopened with a minimum number of staff, including Japanese Ambassador to Ukraine Kuninori Matsuda, due to the need to ensure safety, the ministry said.

Consular services will continue to be provided at the Japanese Embassy in Warsaw and its liaison office in the southeastern Polish city of Rzeszow, where the government has been supporting Japanese nationals living in Ukraine since embassy staff completely left the country.

Following the reopening of the Kyiv embassy, the temporary office in Lviv was shut down.

In Kyiv, attacks by Russian forces have eased, and many citizens displaced inside and outside Ukraine have returned.