North Korea on Tuesday morning launched a ballistic missile over the Japanese archipelago for the first time in five years. Information about the launch was mistakenly sent to residents of the towns and villages, although the missile did not fly over the communities. 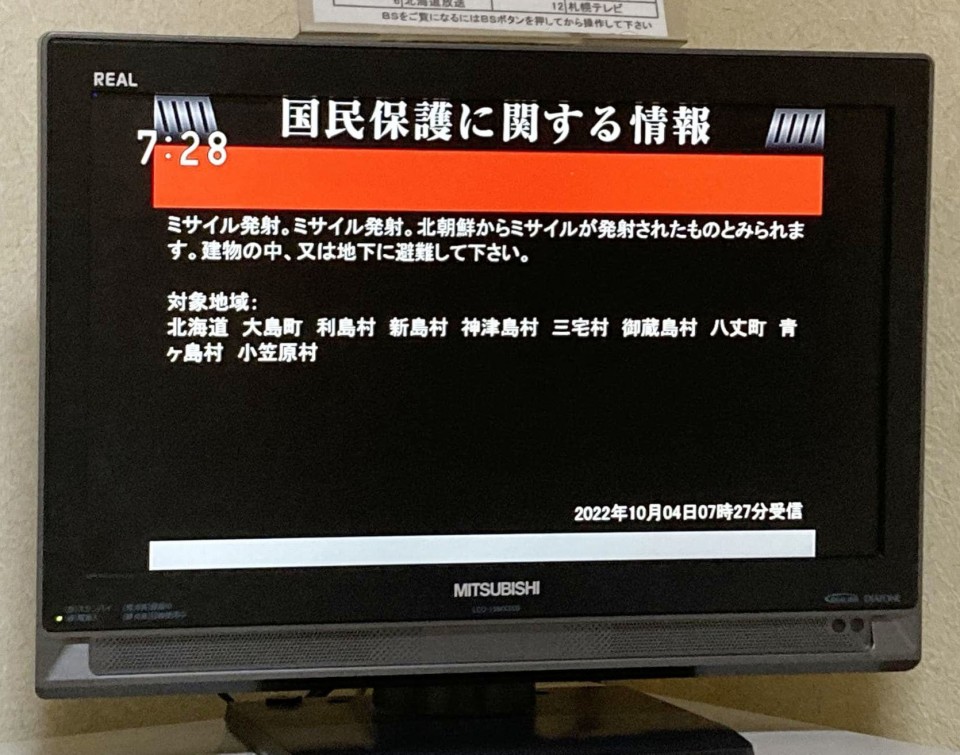 A monitor screen in Aomori Prefecture, northeastern Japan, shows a J-Alert the Japanese government issued on the morning of Oct. 4, 2022, after North Korea fired a ballistic missile, with areas in the warning area including island towns and villages within Tokyo. (Kyodo)

The J-Alert satellite-based system enables authorities to swiftly send alerts regarding natural disasters or attacks on Japan directly to residents via television, radio, smartphone and other devices.

"We apologize for causing concern to residents in the nine towns and villages," Matsuno, the top government spokesman, said at a regular press conference, adding, "We will promptly improve the problem in the system and work to prevent a recurrence." 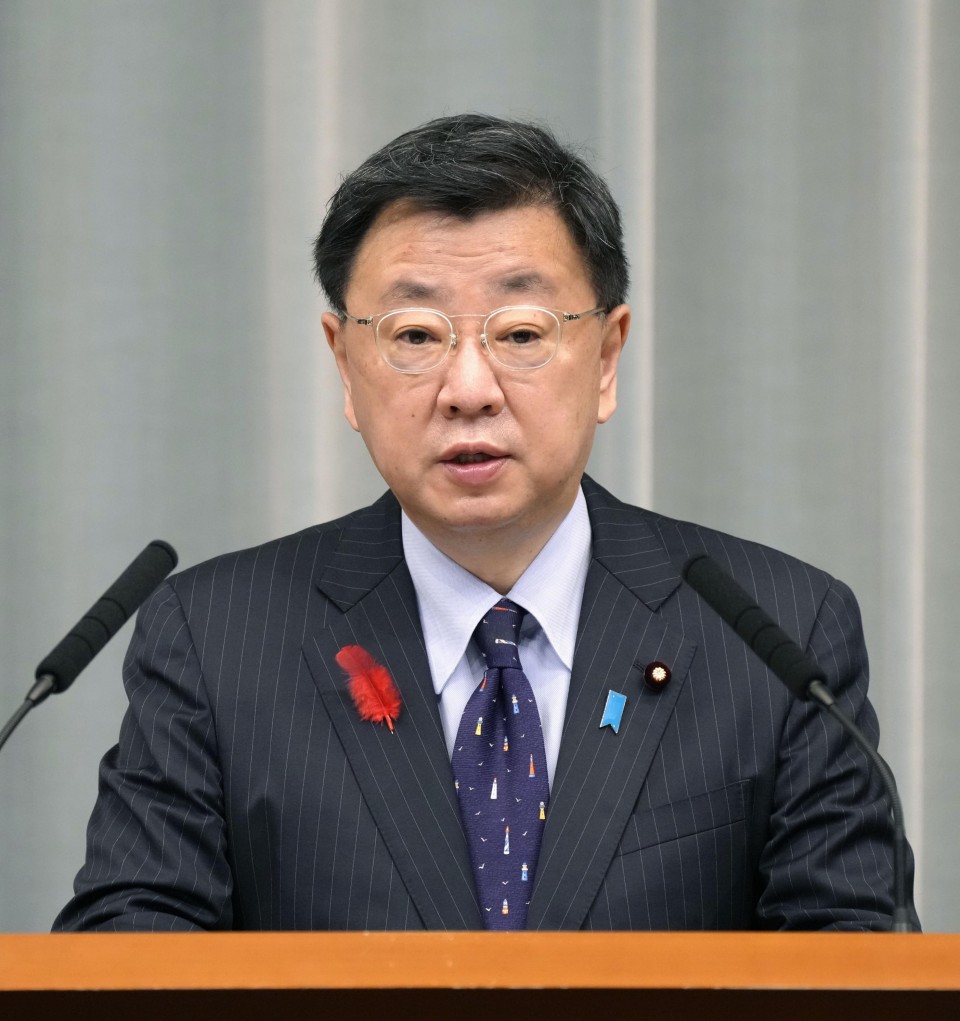 Former Defense Minister Itsunori Onodera said at a meeting of the ruling Liberal Democratic Party on Wednesday, "In order not to unnecessarily disturb the public, we have to thoroughly consider" how the government sends alerts in emergencies.

Japanese Defense Minister Yasukazu Hamada said Tuesday that North Korea's missile flew 4,600 kilometers, the longest distance ever for one fired by the country, and reached an altitude of 1,000 km.